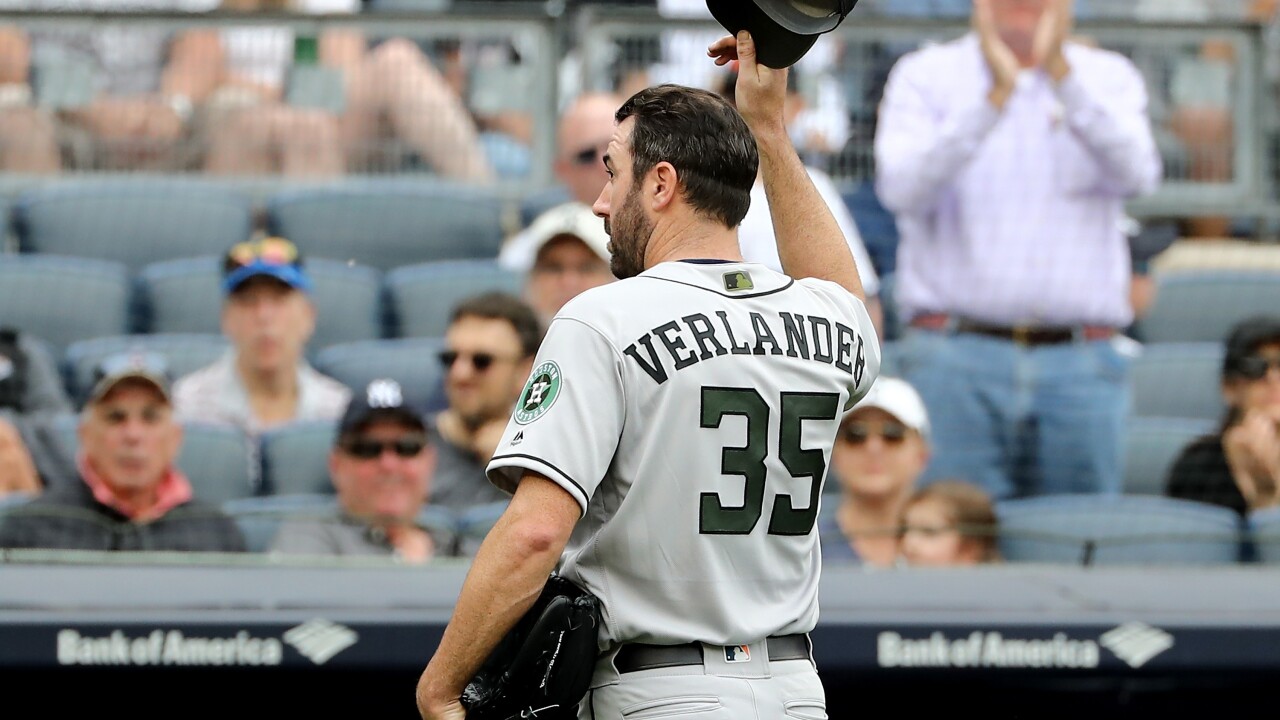 Justin Verlander of the Houston Astros salutes the fans. (Photo by Elsa/Getty Images)

Justin Verlander of the Houston Astros salutes the fans. (Photo by Elsa/Getty Images)

DETROIT, Mich. – From All-Star Games to World Series games, Justin Verlander has toed the rubber on some of baseball’s biggest stages. However, he’s never taken this mound in this uniform. Monday, for the first time in his career, Verlander pitches at Detroit’s Comerica Park – as a visiting player.

The Houston Astros traded for the former Old Dominion University star last August after Verlander had spent his entire career with the Detroit Tigers. Prior to making his first start against his former team in his former home stadium, Tigers fans saluted their former ace with a warm ovation and the team played a tribute video to which Verlander admittedly became slightly emotional.

“Honestly I didn’t know how I was going to feel,” Verlander told MLB.com. “I knew it was different than a regular in-season game. I didn’t know what to expect, really. Walking in from the bullpen, I’m usually pretty focused and in my zone. They started playing the tribute video and I couldn’t help but stop and look at it and just take a minute and just be out there with the fans and appreciate some moments that we shared together the last 13 years. So many great memories,” he said. “Hard to keep in check and go out there and reset and pitch. Once the game started, it was kind of business as usual. I could definitely hear the fans, though, and especially walking off after the seventh. The ovation they gave me meant the world.”

Verlander’s emotions did not affect his performance, however. He strikes out 10 Tigers batters in seven innings, earning the victory in Houston’s 3-2 win.

Verlander (15-and-9) won for the fourth time in five starts, as he and fellow Astros starter and Gerrit Cole became the first right-handed pitchers on the same team to strike out at least 250 batters in the same season since at least 1900 (stat courtesy of MLB.com).