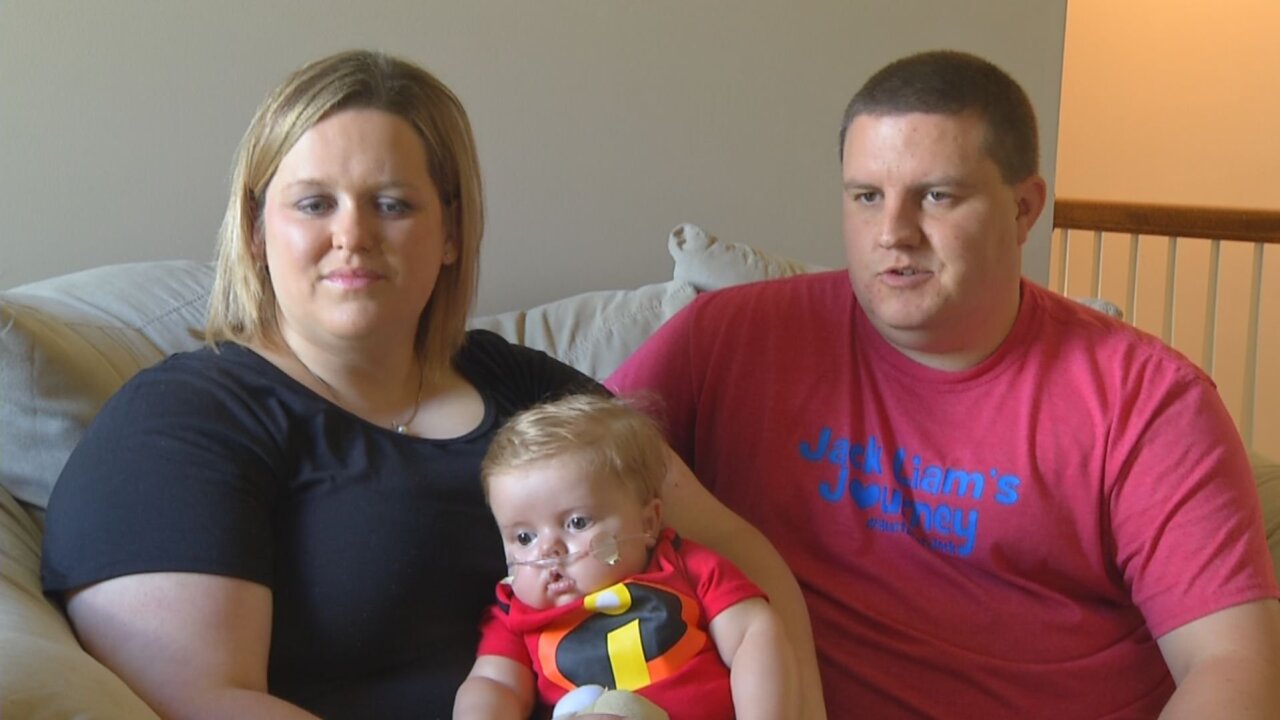 KANSAS CITY, MO (KCTV/KSMO) — A baby boy has just become the youngest person to undergo a heart and lung transplant in a decade.

Seven-month-old Jack has been through more in his short life than most of us can begin to imagine. It was at Tiffany Palmer’s 20-week sonogram that the couple was hit hard with terrible news: only half of their baby’s heart had developed. It’s a rare and usually deadly diagnosis. “It was shocking, scary, emotional,” she said.

So, Tiffany and Chuck Palmer started a nationwide search for a hospital willing to take on their case.

They weren’t getting the answers they wanted to hear. Then, the doctors at St. Louis Children’s Hopsital were the only ones to say “yes.”

“They couldn’t guarantee us anything but were willing to at least deliver him and go straight to the cath lab and evaluate from there,” Chuck Palmer said.

Jack was delivered in St. Louis and he would stay there for the first several months of his life. Then, on May 23, he underwent a heart and lung transplant. It was a success.

“Jack is our miracle and not all cases end this way, and we know that, and it’s hard knowing that,” the Palmers said.

To give you an idea of what Jack has been through, each bead on his necklace represents a medical procedure, whether it be a surgery or some procedure to support it.

At just 7 months old, he has more than 1,500 beads on the necklace. Right now, he’s on 20 different medications and will be on anti-rejection medicine for the rest of his life. The Palmer family returned home to Kansas City on August 30 with Jack in tow, and to say they are grateful would be an understatement.

“It’s been a long journey, being diagnosed a year ago,” they said. “We’ve had a lot of unknowns and not knowing if this day of all of us being home would ever happen.”

On Sunday night, they wanted to get a message out to never give up hope, to keep searching for the answers you need for your family, and to make sure you’re an organ donor.

“Know that the gift of life is amazing and, without that, Jack wouldn’t be here,” they said, “and we don’t take that for granted.”