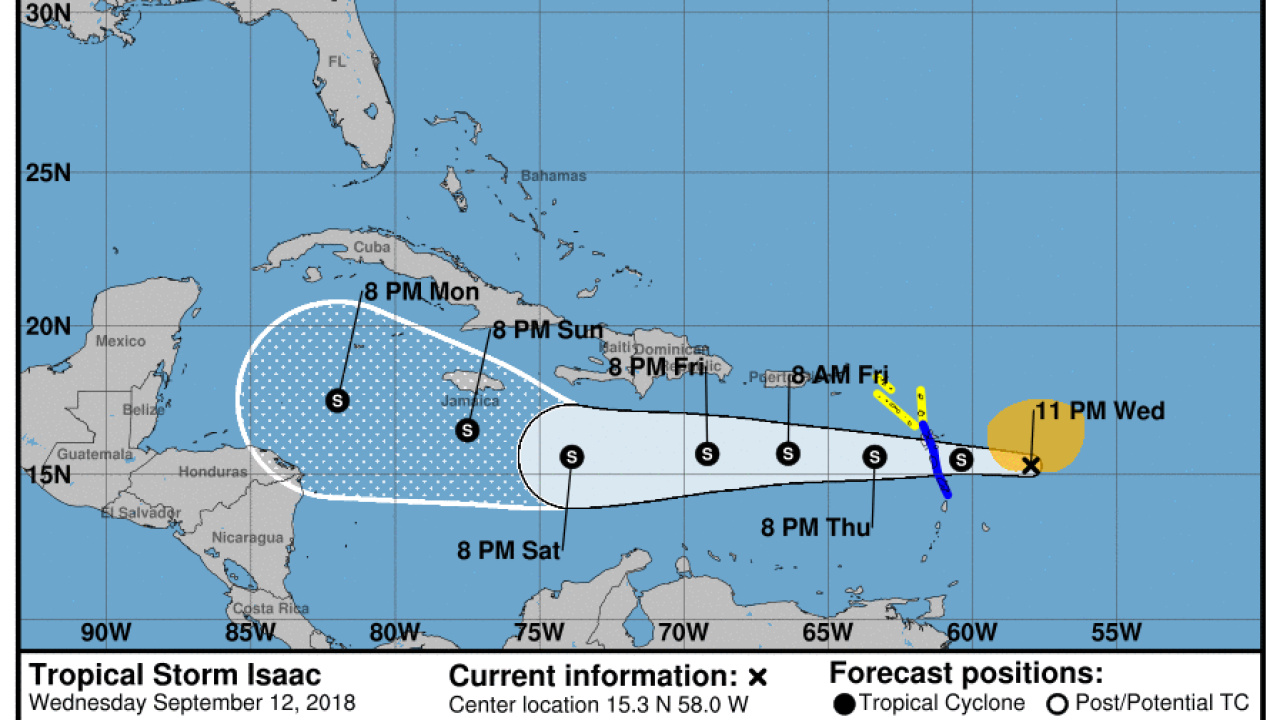 The storm is centered about 170 miles E of Dominica and about 185 miles ESE of Guadeloupe. It is moving toward the W at near 20 mph, and this general motion with a decrease in forward speed is expected to continue through the weekend.

Data from a NOAA Hurricane Hunter aircraft and satellite-derived wind data indicate that the maximum sustained winds have decreased to near 45 mph with higher gusts. A gradual decrease in the winds is forecast during the next few days.

Tropical-storm-force winds extend outward up to 175 miles to the north of the center.