Space: Another frontier for the US-Russian rivalry 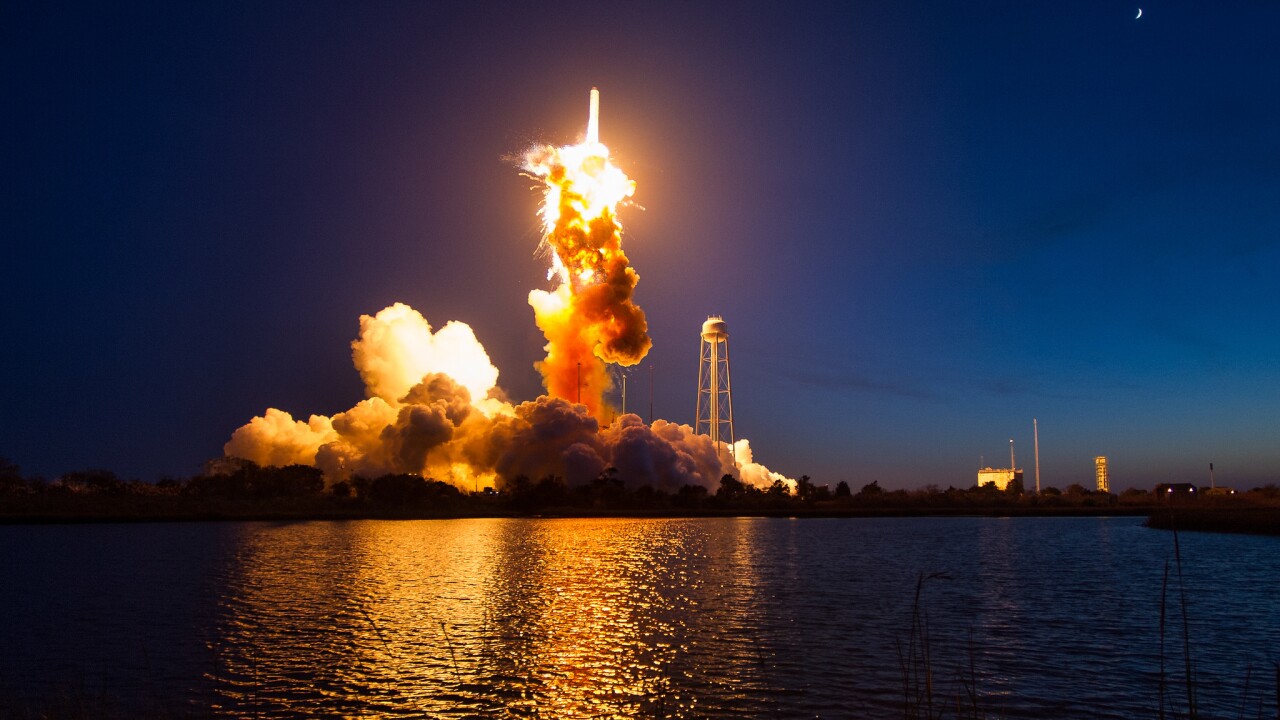 The Orbital ATK Antares rocket, with the Cygnus spacecraft onboard suffers a catastrophic anomaly moments after launch from the Mid-Atlantic Regional Spaceport Pad 0A, Tuesday, Oct. 28, 2014, at NASA’s Wallops Flight Facility in Virginia. The Cygnus spacecraft was filled with supplies slated for the International Space Station, including science experiments, experiment hardware, spare parts, and crew provisions. Photo Credit: (NASA/Joel Kowsky)

It sounded like a dark twist to a science-fiction film: The head of Roscosmos, Russia’s space agency, hinting at a foreign plot to sabotage the International Space Station.

Last month, flight controllers in Houston and Moscow said they detected a minute pressure leak on the International Space Station, circling the globe in low Earth orbit. According to a NASA news release, the crew was in no danger.

Following some troubleshooting, the crew discovered a tiny leak in the Russian segment of the orbital complex, causing a minor loss of pressure. The fix was simple: NASA said the crew used Kapton tape – an industrial film – to temporarily stop the leak.

Roscosmos said the pressure on the International Space Station “is stable and no further leaks have been detected” after the international crew repaired the hole.

End of story? Not quite. Earlier this week, Roscosmos chief Dmitry Rogozin suggested that the leak was caused by something other than an accident or production defect.

“There is another version that we do not rule out: a premeditated action in space,” he said, according to state news agencies.

Rogozin suggested there were “several attempts to impact with a drill,” noting that the impact was made with “an unsteady hand,” because the drill “slid over the surface,” state news agencies reported.

The US and Russia have enjoyed a long-running collaboration on the International Space Station. Launched in 1998, the station has mission control centers in Moscow and Houston. Russian Soyuz launch systems – launched from the Baikonur Cosmodrome in Kazakhstan – ferry crew members to the station, with NASA paying for seats. The current crew of the International Space Station includes three Americans, two Russians and one German.

That cooperation between US and Russian space agencies has been generally unaffected by the Cold War-style conflict that has ramped up between Washington and Moscow following Russia’s annexation of the Black Sea peninsula of Crimea from Ukraine in 2014.

“There’s always been a real kumbaya in space up until now” between the Russians and Americans, said Joe Pappalardo, the author of Spaceport Earth: The Reinvention of Space Flight. “The International Space Station is remarkable because it’s so successful and so long running.”

But Rogozin’s appointment earlier this year injected some uncertainty into the mix.

Rogozin, a former deputy prime minister in charge of the defense industry, is a hawkish and outspoken politician. And he has an ax to grind with the US: In 2014, he was placed on a US sanctions list, a move the White House said was designed to “impose costs on … individuals who wield influence in the Russian government and those responsible for the deteriorating situation in Ukraine.”

An article in SpaceNews, an industry publication, described Rogozin’s appointment as “its biggest curveball yet” for the US-Russian partnership.

“The man who has spent four years trolling the US for its reliance on Russian rockets to reach the International Space Station has been given the reigns [sic] of NASA’s most important partner,” the article said.

US dependence on Russian launch is set to change, and soon. NASA hired two contractors, SpaceX and Boeing, to develop a new generation of spacecraft and launch systems to carry crews into low-Earth orbit and to the International Space Station and back again.

That effort, called the Commercial Crew Program, is making progress toward finalizing designs and construction, although the US Government Accountability Office warned in a June report that additional delays in the program “could result in a gap in US access to the space station, as NASA has contracted for seats on the Russian Soyuz spacecraft only through November 2019.”

So is space re-emerging as another arena for US-Russian animosity? Rogozin’s remarks grabbed headlines, but Roscosmos officially counseled caution.

In a statement Wednesday, the agency said it “appeals to the representatives of mass media to refrain from publishing unverified information, received from anonymous sources about the results of investigatory commission work concerning the emergency situation on board of transport manned spacecraft Soyuz MS-09, which is part of the International Space Station now.”

The commission’s investigation, the statement added, will be completed in mid-September.

Meanwhile, the mission continues aboard the International Space Station. After the repair of the leak, Russian cosmonaut Oleg Artemyev posted another striking photo from space.

“Well, shall we continue our tour of planet Earth?” he tweeted. “This time we are flying over the Nile, the famous Egyptian pyramids and the Suez Canal.”