Breathe, laugh, be happy. The science behind laughter yoga. 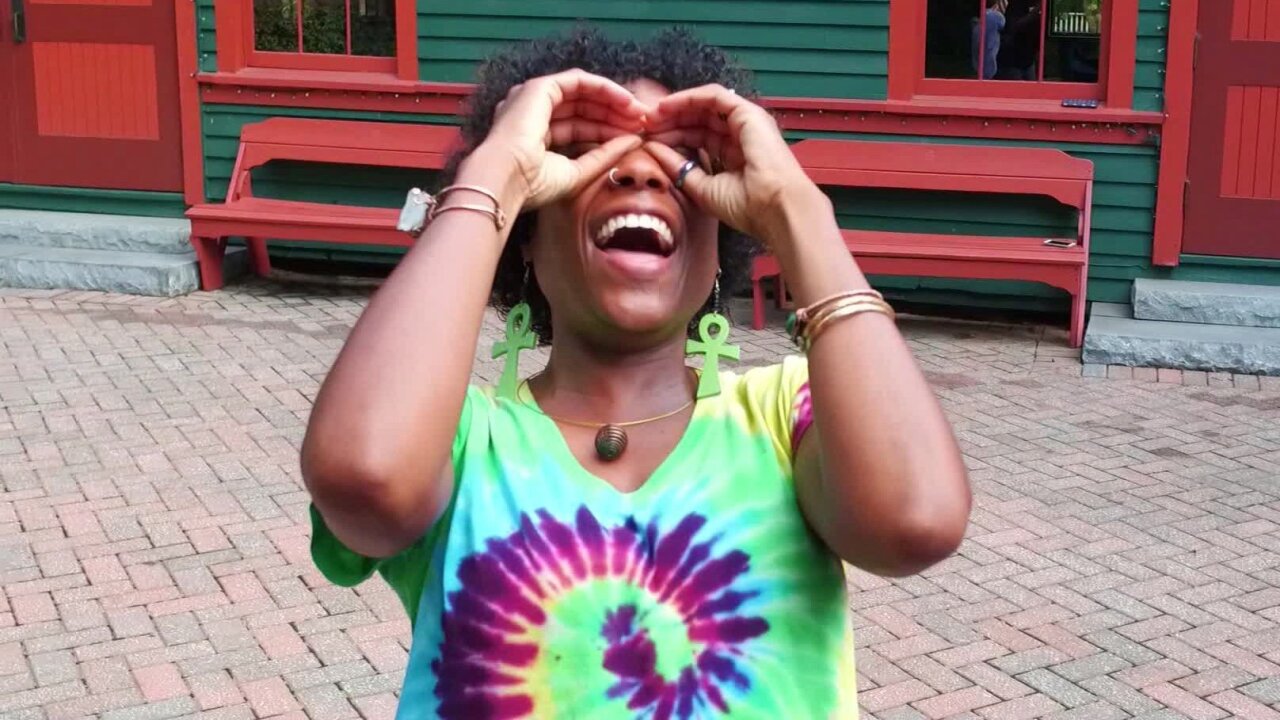 The cackles can be heard from far beyond the brick walls of the private garden playing host to a Laughter Yoga Atlanta session.

On a bright weekend morning, at the height of the steamy Georgia summer, a group of about 40 students is visibly invigorated.

At intervals they chant or clap, frolicking in a large open circle while purposely seeking eye-contact with the nearest person — most likely someone they just met.

“It’s called laughter yoga because of the diaphragmatic breathing that takes place when we laugh,” says Laughter Yoga Atlanta director Celeste Greene. “It’s a full inhalation and a full exhalation.”

At first the laughter is simulated, or “voluntary laughter” in yoga-speak, but slowly, as students warm up to each other, it becomes genuine and contagious.

“You can react from a laughter place, as opposed to a stress place. How does that sound?” Greene calls out.

A comic and a neuroscientist walk into a bar

“One of the big benefits of laughter is that it feels really good to laugh,” said Scott. “You get a change in the uptake of the naturally circulating endorphins, and those are the body’s painkillers. You get a measurable increase in your ability to tolerate pain.”

Overtime, according to Scott, laughter can decrease the body’s production of cortisol, a hormone released by the adrenal glands into the bloodstream at times of stress. High levels of cortisol have been linked to weight gain and memory loss.

Back in the Atlanta garden, strangers leave as friends at the end of the laughter yoga session.

“It really lifted my spirits in ways I had not anticipated,” said student David Randolph, a radiation oncologist. “We laughed, we made eye contact. It felt really good to connect with all these people that I had never met before.”

Many in the group echoed Randolph’s experience.

In her classes, Greene has witnessed the positive effects this group dynamic can have on a person struggling with anxiety, depression or isolation.

At an emotional level, neuroscientist Scott said, laughter can be a bonding experience among family or coworkers, friends or strangers.

“When people laugh it’s a sign that they’re feeling comfortable and relaxed and safe and not exposed,” she said.

“Humans do seem to be genuinely unified by laughter.”