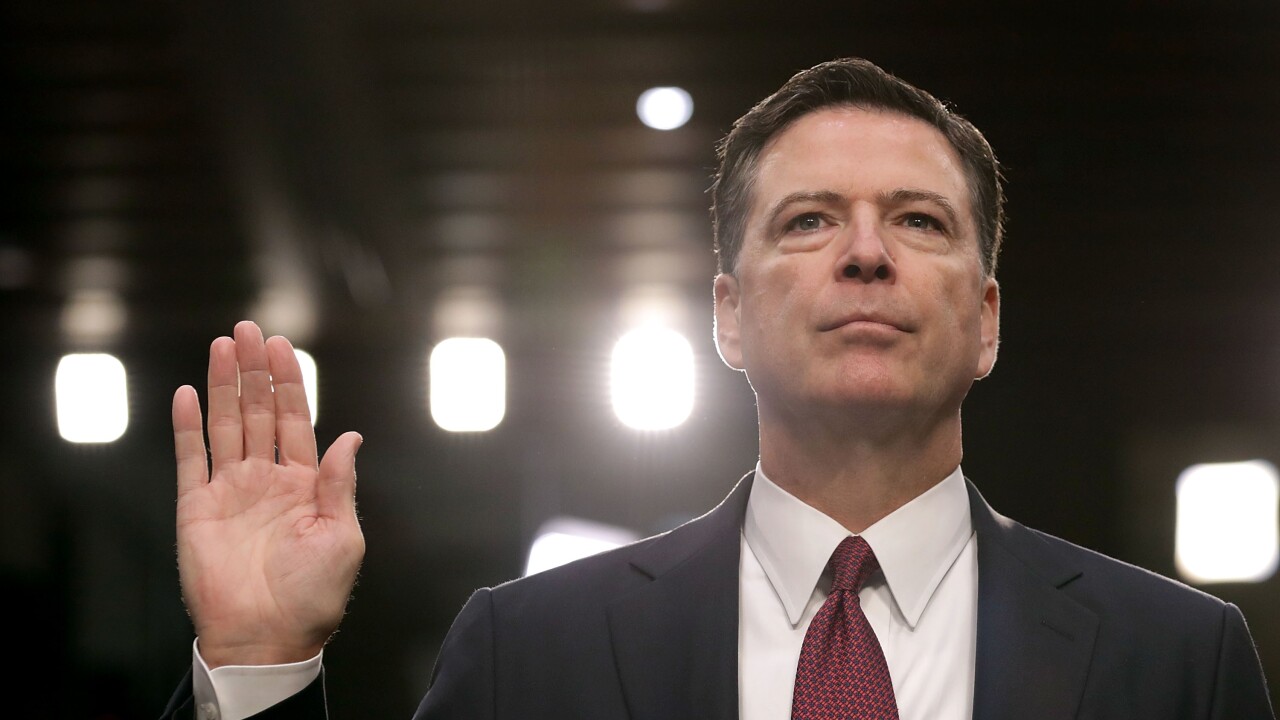 WASHINGTON, DC – JUNE 08: Former FBI Director James Comey is sworn in while testifying before the Senate Intelligence Committee in the Hart Senate Office Building on Capitol Hill June 8, 2017 in Washington, DC. Comey said that President Donald Trump pressured him to drop the FBI’s investigation into former National Security Advisor Michael Flynn and demanded Comey’s loyalty during the one-on-one meetings he had with president. (Photo by Chip Somodevilla/Getty Images)

NORFOLK, Va. – Former FBI Director, James Comey, will open up the Norfolk Forum’s season of speakers when he makes an appearance at the Chrysler Hall at 7:30 p.m. on September 25.

Comey led the Federal Bureau of Investigation from 2013 to 2017 after being appointed to the post by former President Barack Obama. He recently released a book in April that documented his service in the federal government, including his actions during the investigation into former Secretary of State and U.S. presidential nominee Hillary Clinton, and his time working with President Donald Trump at the White House.

Comey’s lecture at The Forum will focus on his time leading the FBI through unprecedented times; he will share how his moral compass guided his decision-making and why he is issuing a clarion call for ethical leadership – no matter the circumstance, according to a news release from the Norfolk Forum.

After being fired by President Donald Trump, Comey also joined the College of William and Mary, where he graduated from, as a faculty member.

“The Norfolk Forum’s mission has always been to present thought-provoking public figures who are helping to shape American thought and opinion — Mr. Comey certainly is relevant today and a measurable part of the overall conversation in the current political climate. We look forward to having him as part of our outstanding lineup this season,” said Norfolk Forum President Jody Wagner

Founded in 1933, The Norfolk Forum is the oldest publicly-subscribed speakers’ forum in the country.