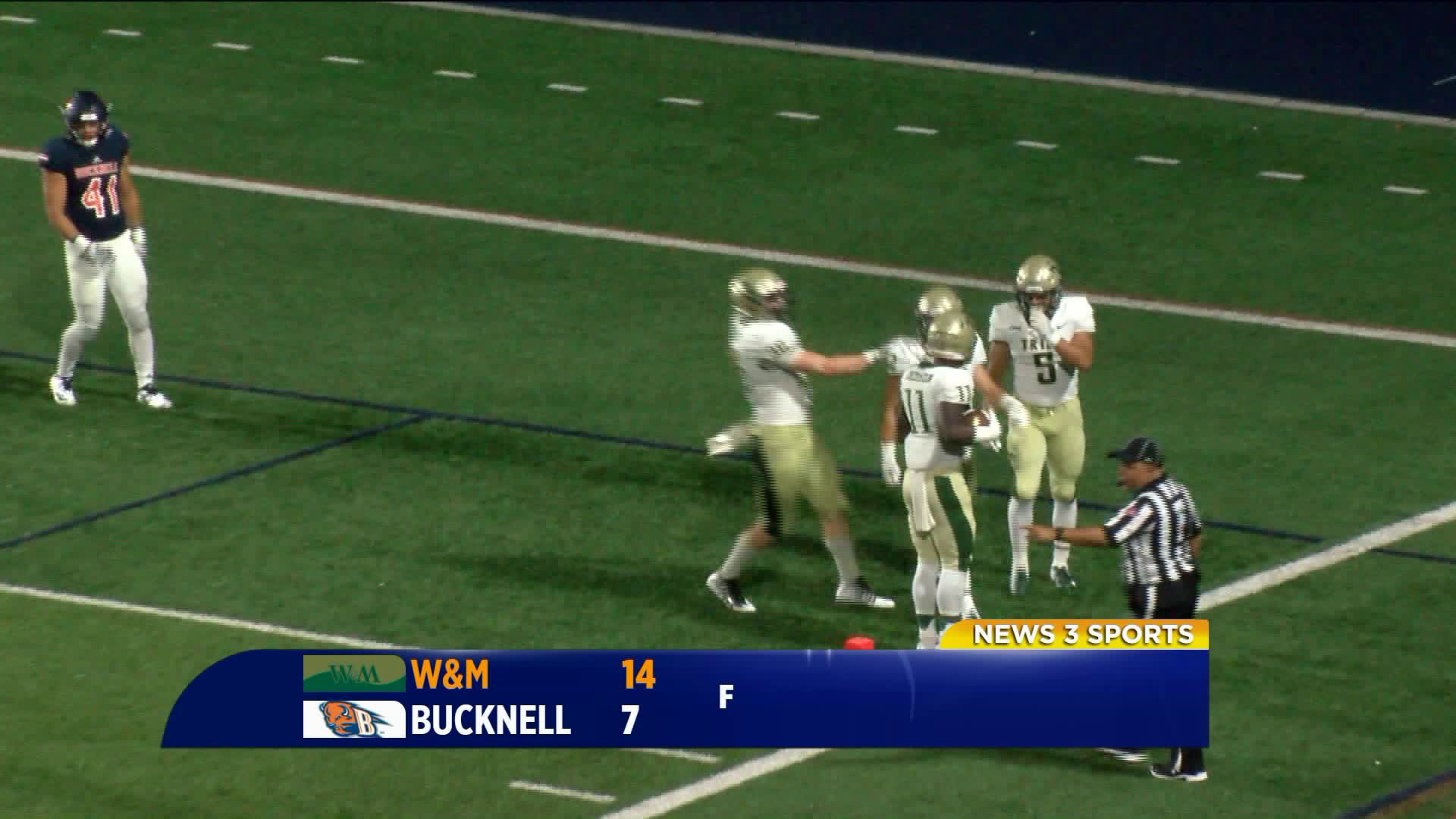 LEWISBURG, Pa. (Tribe Athletics) - The William & Mary football team opened the 2018 season with a 14-7 victory at Bucknell on Saturday evening.

After Bucknell (0-1) tied the game at 7-7 early in the fourth quarter, W&M (1-0) answered on its ensuing possession when quarterback Shon Mitchell connected on a short pass to wideout DeVonte Dedmon who raced down the field for a 75-yard touchdown with 11:55 remaining.

The Bison had three more possessions down the stretch, the final of which ended at W&M’s 41-yard line when the game clock expired with a 10-second runoff for an injured player.

The Tribe’s other score came on a 2-yard touchdown run by Mitchell midway through the first quarter, which capped off a 15-play, 68-yard drive that opened the contest.

The Tribe head to Blacksburg to face Virginia Tech next Saturday.