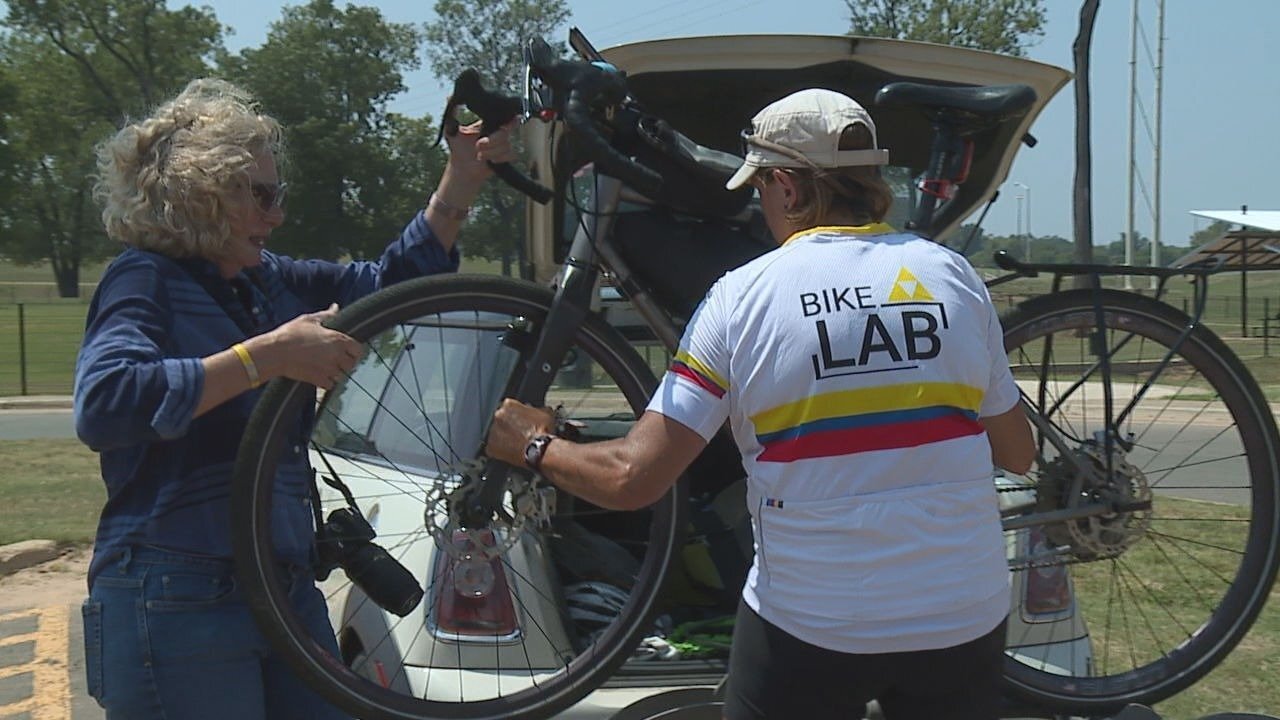 **Embargo: Shreveport, La.** A freak accident turned Niki Rellon’s world upside down but it didn’t stop the athlete and paramedic from pursuing her passions.

A freak accident turned Niki Rellon’s world upside down but it didn’t stop the athlete and paramedic from pursuing her passions.

SHREVEPORT, La. (KTBS) – A freak accident turned Niki Rellon’s world upside down but it didn’t stop the athlete and paramedic from pursuing her passions.

Rellon passed through Shreveport-Bossier City last week on a journey to become the first woman with a prosthetic leg to bike coast to coast without any support. She started in San Francisco, California, and will end the ride in Key West, Florida.

She’s biked across the country before, but this is the first time she’s done it with only one leg.

In 2013, Rellon was rappelling with friends in Utah. She didn’t double check her harness, and fell 45 feet from the side of a canyon.

She landed on her left foot first and shattered her pelvis, ribs, sternum and spine. She felt herself go into free fall, then blacked out.

“I was unconscious, which was a good thing. If I had fallen and wasn’t I probably would have shattered every bone in my body, because when you’re unconscious you’re relaxed. That impact really saved my life,” she said.

Fourteen months after getting her leg amputated below the knee, Rellon was inspired to push herself even harder — like hiking the entire Appalachian Trail. She says she’s the first woman to do so with a prosthetic leg.

An avid cyclist, she settled on the cross country ride as her next adventure earlier this year. She’s camped and stayed with others in the cycling community as she pedaled across the American heartland, sometimes relying on a website that matches cyclists with hosts who can provide a roof and a warm shower for pit stops.

White has been cycling for three decades. She just met Rellon, but they act like they’ve known each other for years, laughing, joking and going out for beers at Shreveport-Bossier craft breweries.

“It’s always interesting to me to meet other people who are traveling. It kind of brings a little bit of my wanderlust into my home. Instead of me going out, they’re coming into visit,” White said.