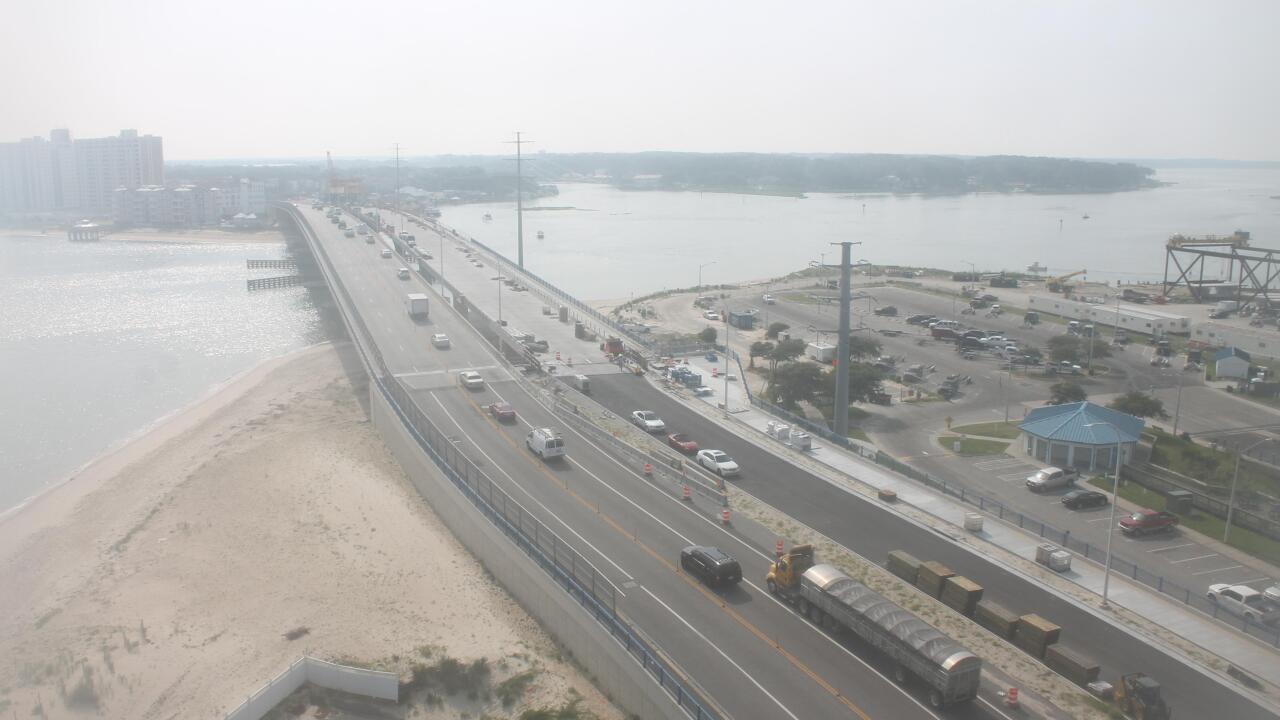 Crews announced Thursday that they were in the process of shifting traffic in the Shore Drive Area to accommodate the new section of the bridge by adjusting traffic signal heads and preparing to remove the traffic signal pole at Shore Drive and Page Avenue. All shifts were expected to be completed by 5 a.m. Friday.

“The single lane of eastbound Shore Drive traffic will be moved onto the new eastbound bridge once the new pavement markings have been placed,” the City of Virginia Beach said in a statement. “The westbound single lane of traffic will be maintained on the westbound bridge through this next stage of the traffic switch.  Again, workers will be eradicating old pavement markings and placing new ones in preparation for the new traffic pattern.

The traffic shift marks that the Lesner Bridge project is now 86 percent complete, according to the city.