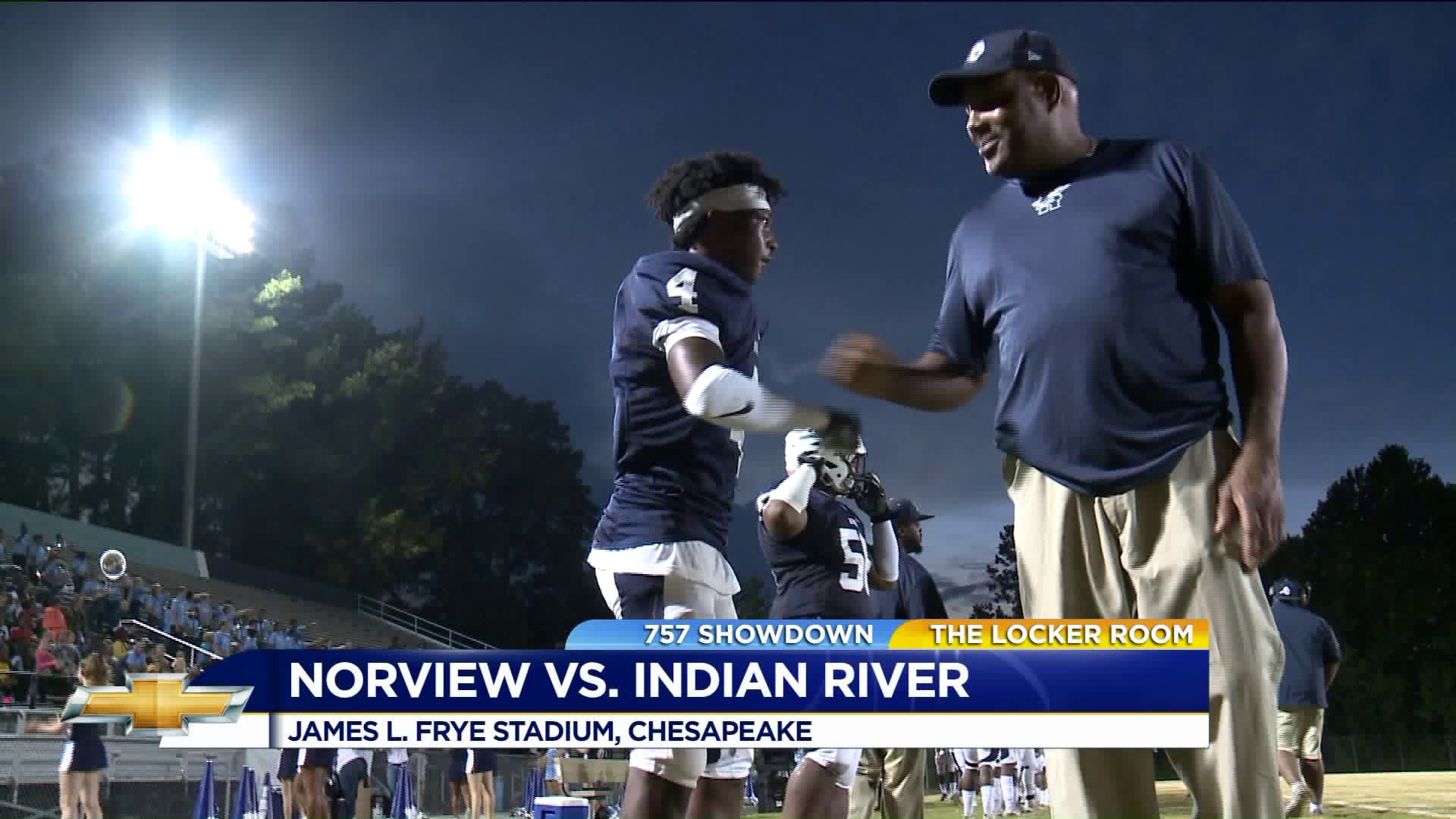 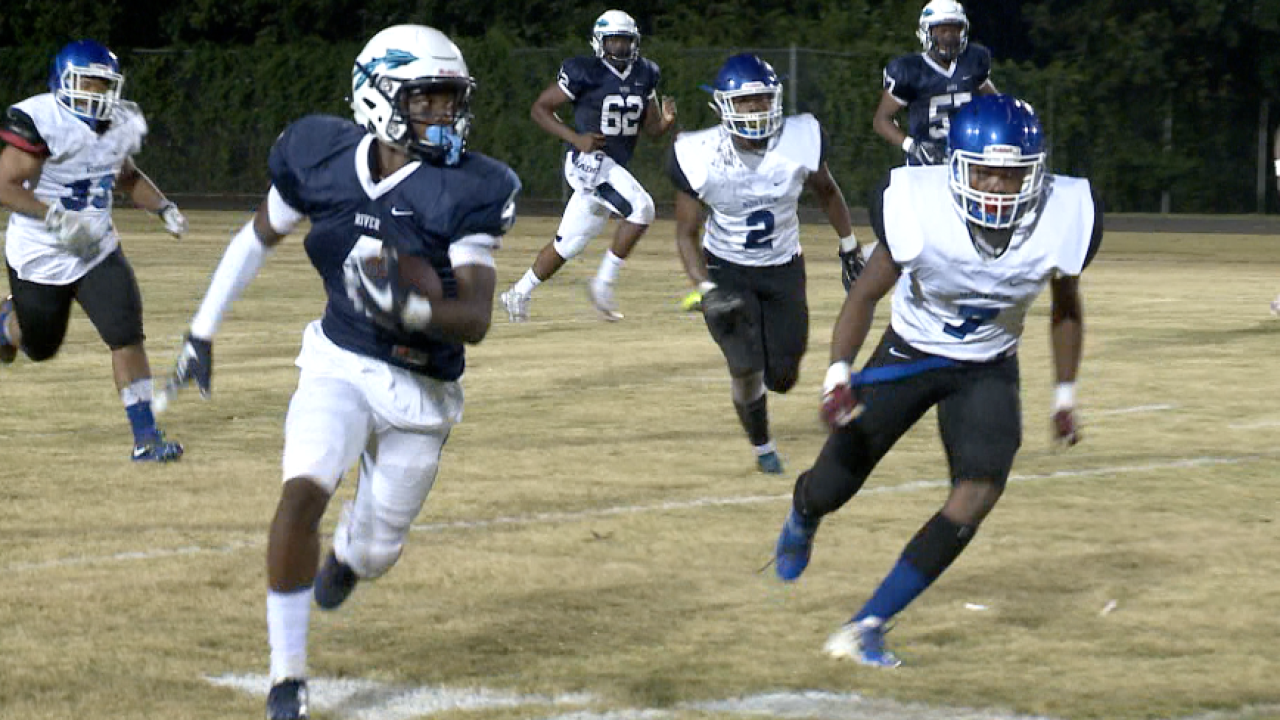 CHESAPEAKE, Va. - Prior to kickoff, Norview met Indian River at their 50-yard line. In football, that is invading territory.

In the locker room prior to the game, Indian River head coach Glenwood Ferebee told his players to "get to the football with an attitude."

They did just that, jumping out to a 28-0 lead in the first half, and rolling past the Pilots 53-26 in their season opener.

LaMareon James transferred to Indian River (1-and-0) this summer, and wasted no time letting fans in the stands know he is all about his business.

Kani Crite after getting a punt block.

On the first play from scrimmage, James caught a pass from quarterback Dominique Brooks, and took it all the way to the end zone for a touchdown. James would catch another later in the half as well.

Indian River will travel to Suffolk to face Lakeland next week, while Norview (0-and-2) will seek its first win of the season at Churchland.