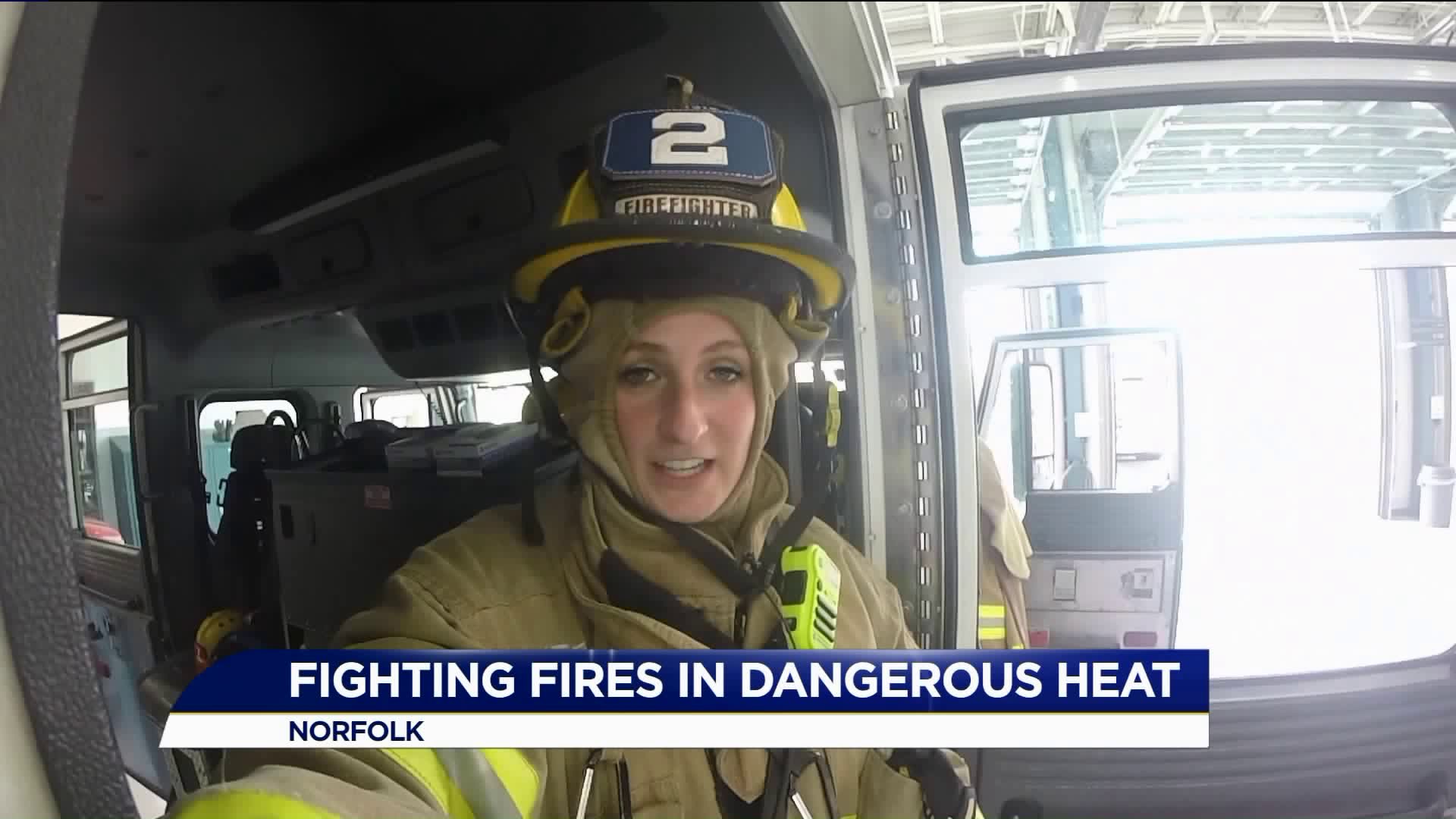 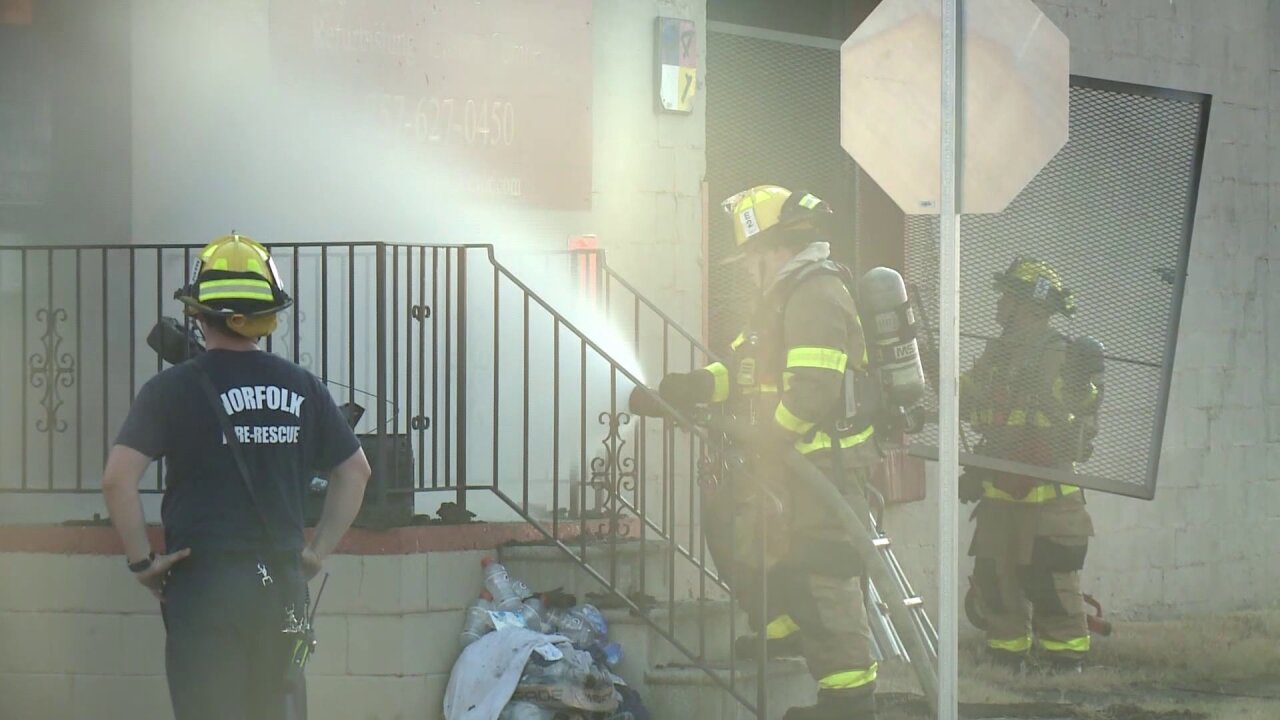 So when the temperatures feel like triple digits outside, these first responders have an added difficulty.

Captain Jarrod Sergi with Norfolk Fire-Rescue said the gear is about 60 added pounds and the material is not very breathable. He compared wearing the uniform to wearing ski pants in the middle of winter.

On a day when the temperatures are dangerously high, Sergi said the department will bring in additional resources and companies to help fight a fire.

Firefighters with Norfolk Fire-Rescue were also pulled from a commercial fire on Wednesday after dangerous conditions inside. The fire caused the inside structure to be unsafe.

The departments said on days when crews are on call, they're encouraged to drink a lot of water and take breaks when needed.