Many Virginia Beach lifeguards head back to college, but you’ll still be protected during Labor Day weekend 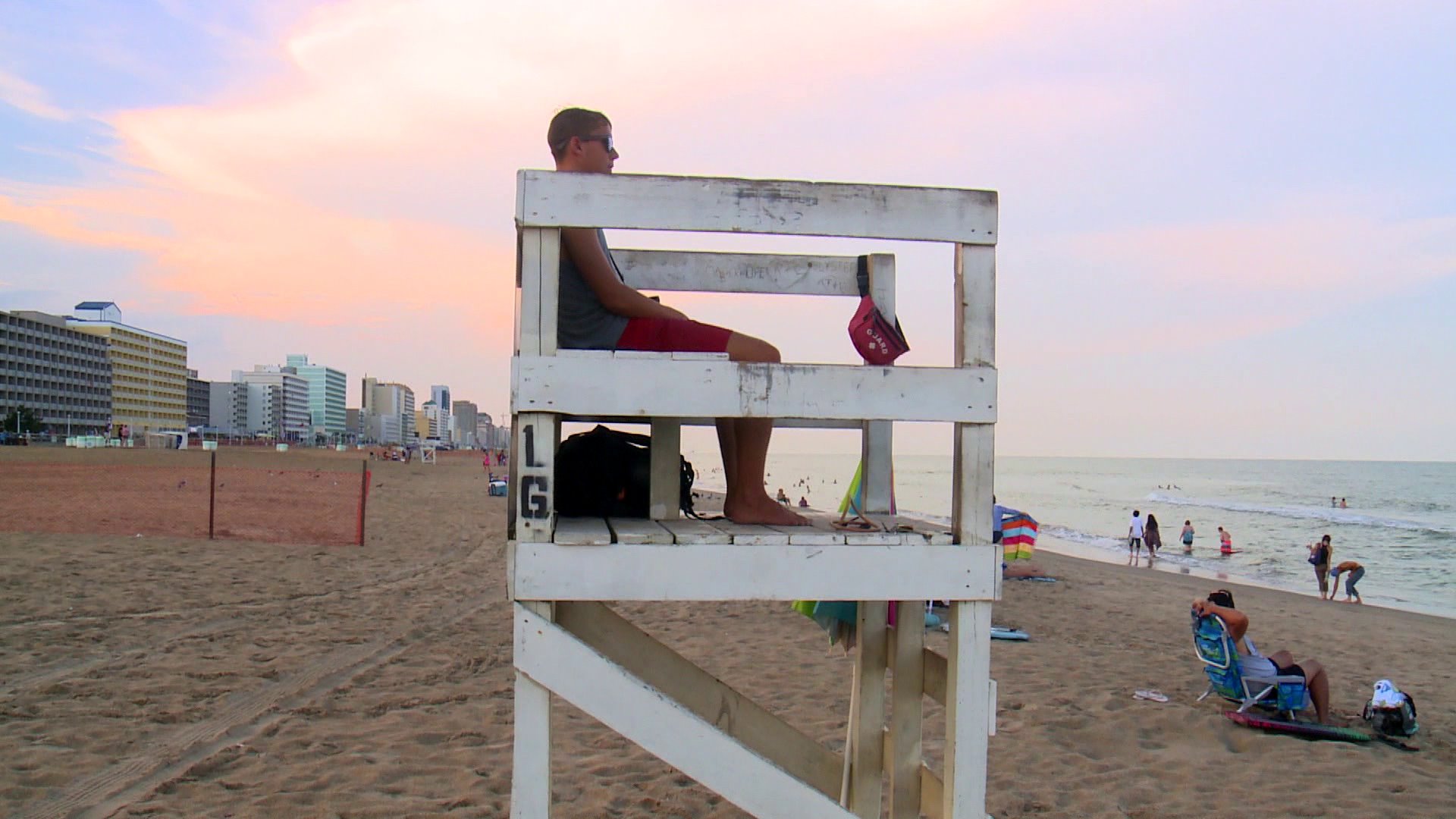 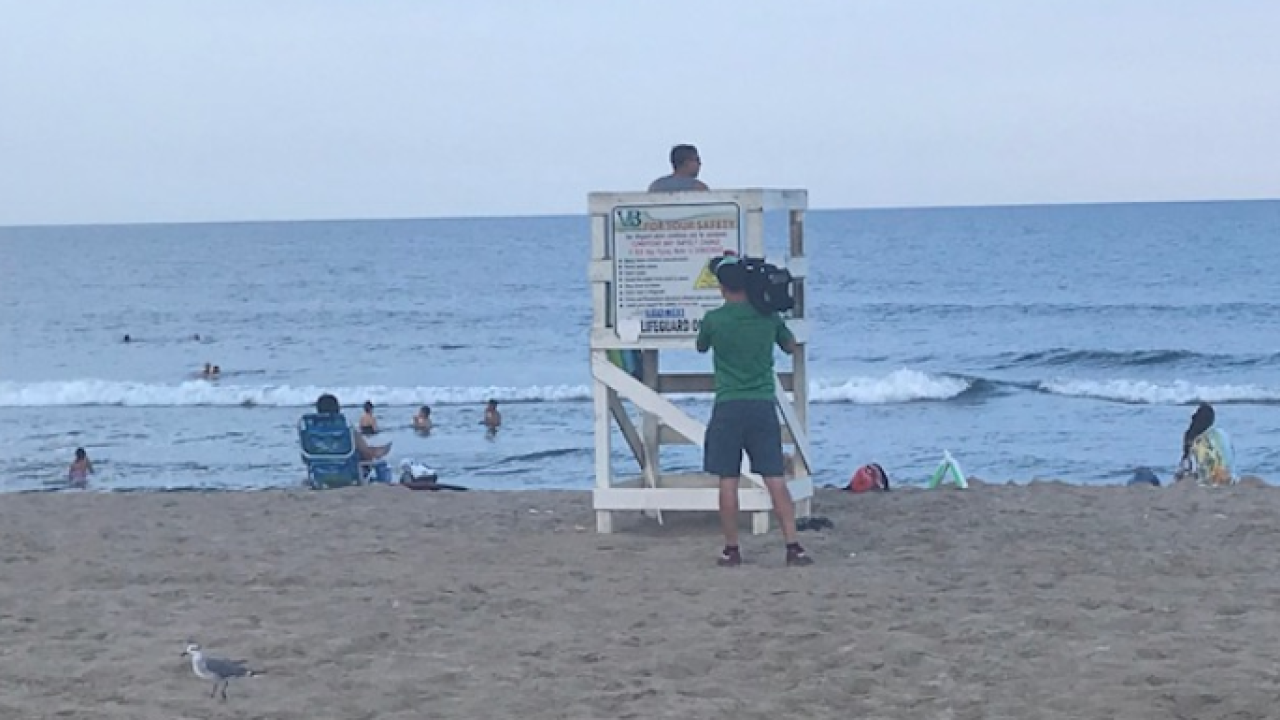 Many of the lifeguards have gone back to college, which forces the ones left to work overtime and extra hours.

Tyler Young said his parents and girlfriend are visiting this weekend.

He said they were out enjoying the sun and sand and that he's so excited to have them visiting.

It was another hard day for the guards who have been working a lot.

The heat, combined with fewer lifeguards on staff, has made for extra work for the ones remaining.

“They are doing an amazing job,” said Chief Tom Gill with the Virginia Beach Life-Saving Service. “Those that are left here are just working as hard as they can and probably a lot more days then they’re used to.”

Gill said normally they have 200 guards on staff but they're now down to 80; however, he said that’s typical this time of year.

This Labor Day weekend, they’ll be fully staffed with 41 lifeguard stands operating and patrolling the beaches.

“It is a testament to the city that wants to provide that lifeguard system to the people that are here for Labor Day weekend,” said Gill.

Plus, some beaches are patrolled every day until the end of September.

Gill said many are working six days a week or more and enjoy the overtime.

Visitors tell News 3 they appreciate having the beaches patrolled.

“I love Virginia Beach. Me and my family would come down here every summer,” said Alison Kraehenbuel.

“We’ve got a lot of people coming in this weekend and we’re excited to have them,” said Gill.

Here are some tips from the Virginia Beach Life Saving Service’s website:

Learn To Swim: Learning to swim is the best defense against drowning. Teach children to swim at an early age. Children who are not taught when they are very young tend to avoid swim instruction as they age, probably due to embarrassment. Swimming instruction is a crucial step to protecting children from injury or death.

Swim Near a Lifeguard: USLA statistics over a ten year period show that the chance of drowning at the beach without lifeguard protection is almost five times as great as drowning at a beach with lifeguards. USLA has calculated the chance that a person will drown while attending a beach protected by USLA affiliated lifeguards at 1 in 18 million (.0000055%).

Never Swim Alone: Many drownings involve single swimmers. When you swim with a buddy, if one of you has a problem, the other may be able to help, including signaling for assistance from others. At least have someone onshore watching you. Always ask lifeguards about ocean conditions.

Don't Fight the Current: USLA has found that some 80% of rescues by USLA affiliated lifeguards at ocean beaches are caused by rip currents. These currents are formed by surf and gravity, because once surf pushes water up the slope of the beach, gravity pulls it back. This can create concentrated rivers of water moving offshore. Some people mistakenly call this an undertow, but there is no undercurrent, just an offshore current. If you are caught in a rip current, don't fight it by trying to swim directly to shore. Instead, swim parallel to shore until you feel the current relax, then swim to shore. Most rip currents are narrow and a short swim parallel to shore will bring you to safety. Know your ability.

Swim Sober: Alcohol is a major factor in drowning. Alcohol can reduce body temperature and impair swimming ability. Perhaps more importantly, both alcohol and drugs impair good judgment, which may cause people to take risks they would not otherwise take.

Leash Your Board: Surfboards and body boards should be used only with a leash. Leashes are usually attached to the board and the ankle or wrist. They are available in most shops where surfboards and body boards are sold or rented. With a leash, the user will not become separated from the floatation device. One additional consideration is a breakaway leash. A few drownings have been attributed to leashes becoming entangled in underwater obstructions. A breakaway leash avoids this problem.

Don't Float Where You Can't Swim: Non-swimmers often use floatation devices, like inflatable rafts, to go offshore. If they fall off, they can quickly drown. No one should use a floatation device unless they are able to swim. Use of a leash is not enough because a non-swimmer may panic and be unable to swim back to the floatation device, even with a leash. The only exception is a person wearing a Coast Guard approved life jacket.

Don't Dive Headfirst, Protect Your Neck: Serious, lifelong injuries, including paraplegia, occur every year due to diving headfirst into unknown water and striking the bottom. Body surfing can result in a serious neck injury when the swimmer's neck strikes the bottom. Check for depth and obstructions before diving, then go in feet first the first time; and use caution while body surfing, always extending a hand ahead of you.