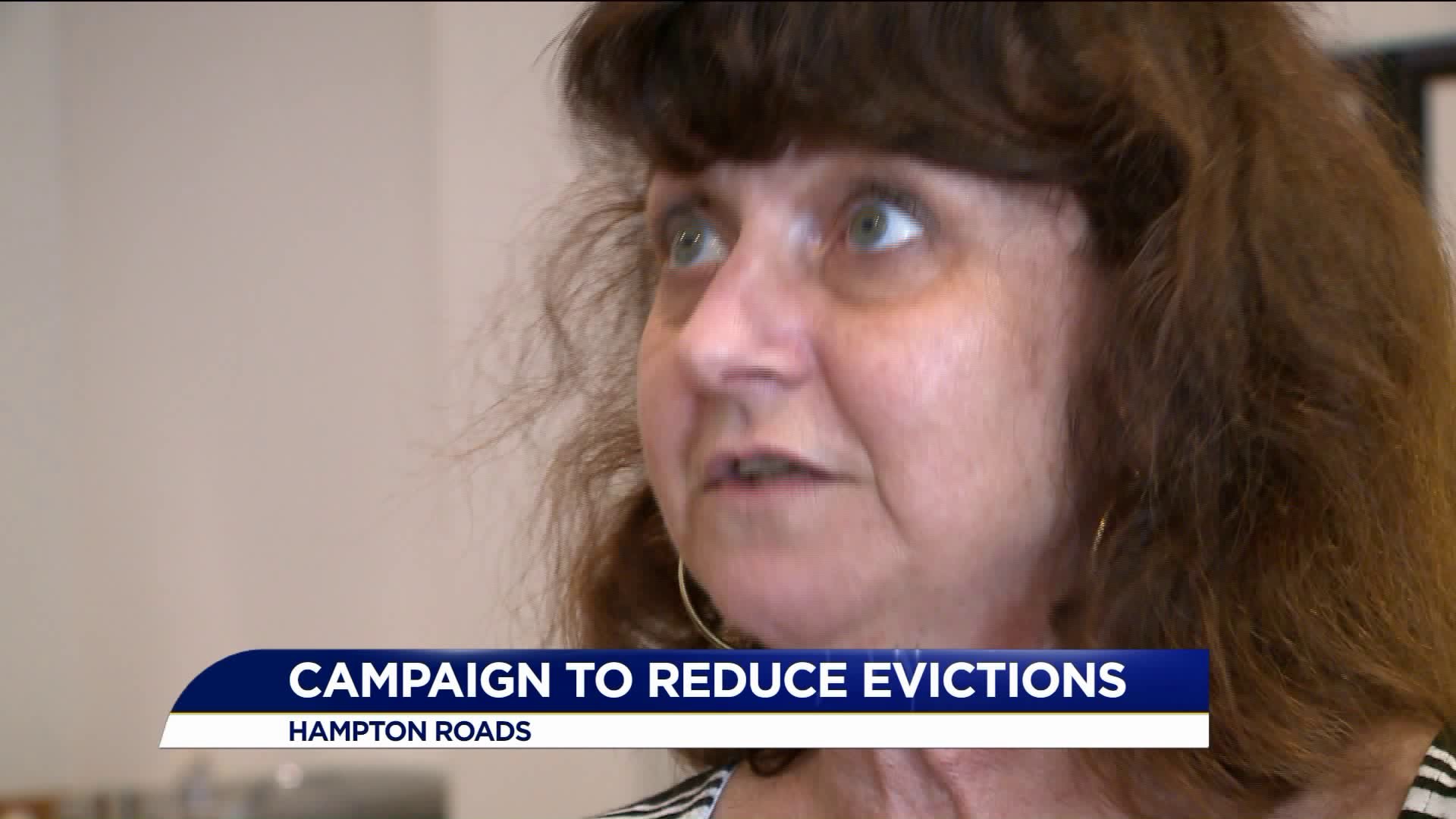 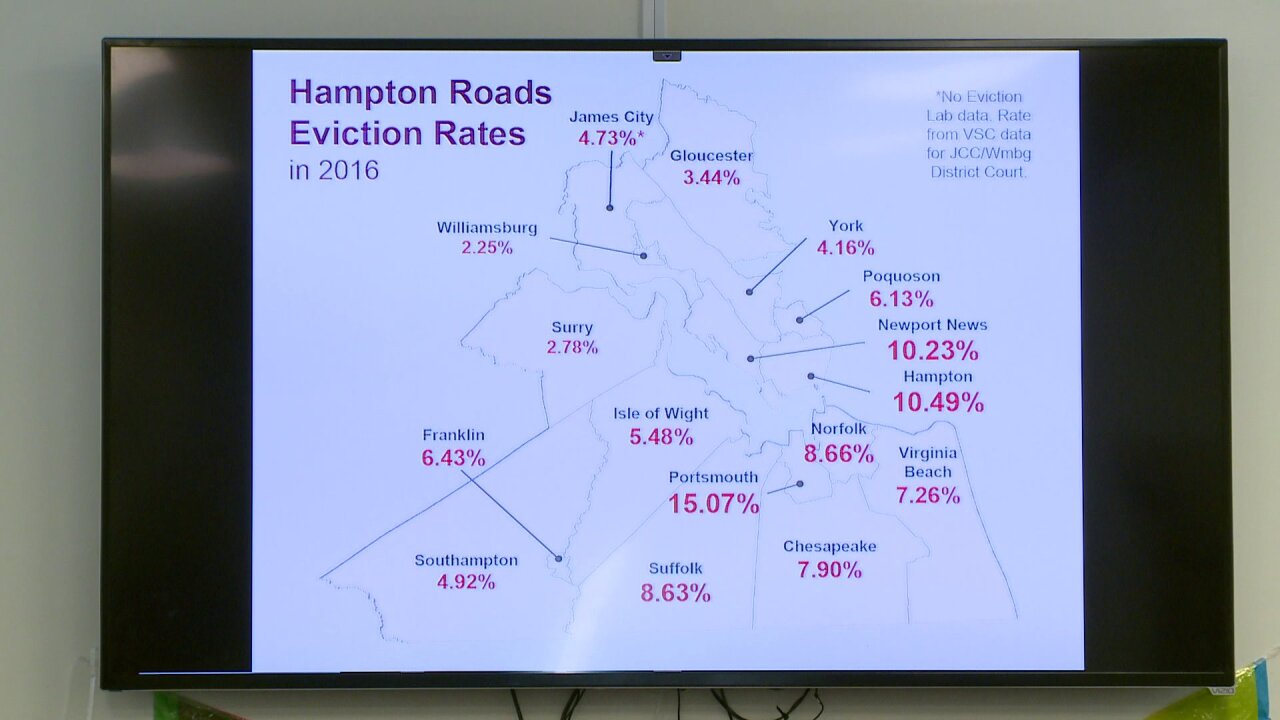 NORFOLK, Va. – Campaign to Reduce Evictions work groups are in Norfolk discussing solutions for the eviction problem in the city as well as in Hampton.

Since May, those groups “have considered how to provide well-tailored prevention services, increase the supply of affordable housing, and reform Virginia’s laws to ensure just outcomes in eviction proceedings.”

Thursday, they discussed new data on evictions and findings of the newly-released Affordable Clean Energy Project report on electricity burdens in households across the state.

“We know there is a connection between evictions and poverty," said Johnathan Knopf with the Housing and Development Advisors.  "People who don't have enough money to pay for rent as rent cost have gone up and income haven't - you are more likely to be evicted."

In April, every major Hampton Roads city ranked on a list of the top evicting cities in the country.

"The roots really of why so many people are getting evicted is that our income inequality levels have gotten to the point of being punitive and ridiculous," Virginia Poverty Law Center Attorney Christie Marra said.

Several of the city representatives said the rankings are flawed. For example, the report says there were 2,538 evictions in Hampton in 2016, but City Manager Mary Bunting says there were no more than 1,457. She had city staff look into the numbers and says the report was focused on a phase of the eviction process but does not accurately reflect the number of people actually forced to leave their homes.

Marra said they want to educate tenants on the eviction process.

A goal is also getting the General Assembly to better protect them.

"I have seen each year them pass legislation that, we believe, favors landlords. Sometimes it doesn't. Sometimes it's a little favorable to tenants, but on the whole we are really concerned," Marra explained.

The CARE work groups said eviction can lead to a downward spiral.

"Evictions are critical because they start that downward spiral that can end in homelessness, and we know how much that costs society," Marra said.

Another meeting is set for next month in Richmond.