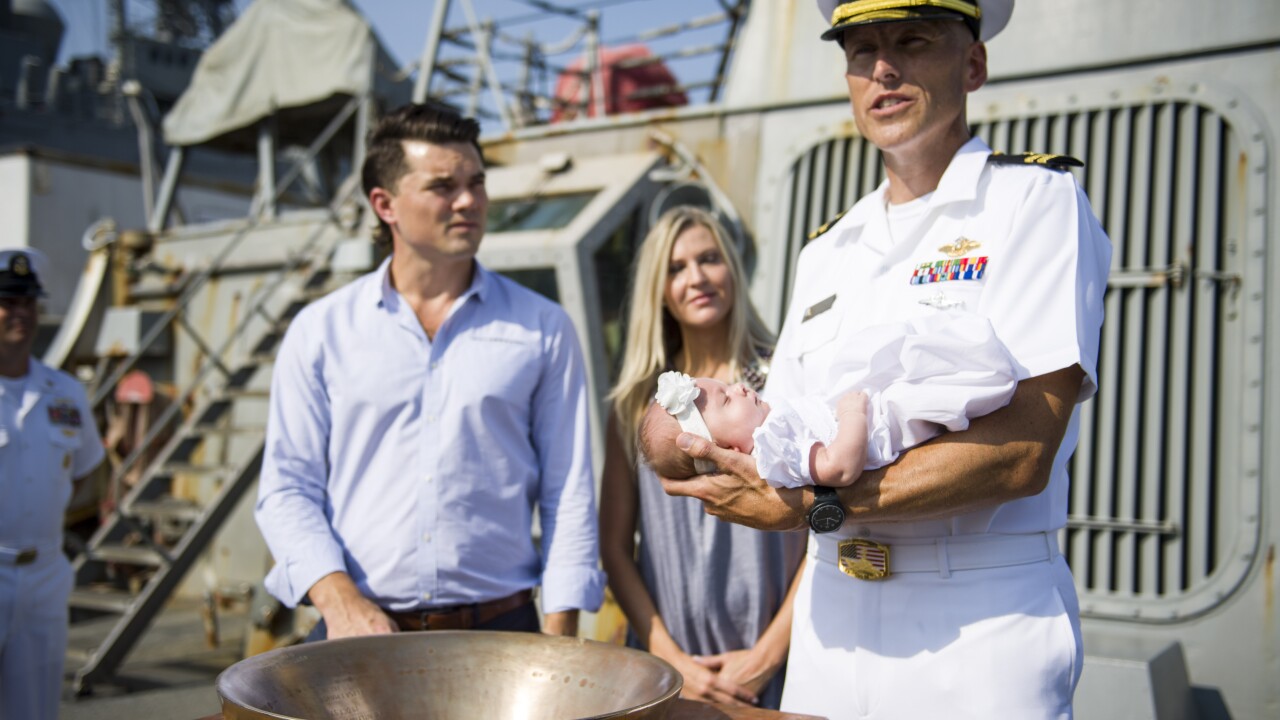 NAVAL STATION NORFOLK — The guided-missile destroyer USS Laboon hosted a baptism ceremony for the great grandniece of whom the ship is named after.

In one of the oldest Navy traditions, the great grandniece of Capt. John Francis Laboon was baptized on the ship Tuesday.

The baptism involved the ship’s bell as the baptismal font, and water sprinkled on the baby’s head from every body of water the ship operated in during their most recent deployment, according to the Navy, which added that it symbolizes the act of joining the Christian church.

“Any time we are able to connect with the Laboon family, it provides a fantastic opportunity to honor and reflect on our ship’s namesake,” said Cmdr. Robert Lightfoot, Laboon’s commanding officer. “To be able to meet his family builds our sense of heritage and pride in this ship.”

Lt. Mark Cook is Laboon’s resident chaplain and performed the baptism. And while he has done countless baptisms before, he certainly expressed how special this one was.

“It is unique to use the ship’s bell,” Cook said. “In a sense, now, she has traveled with us on our most recent deployment, not only by her name, but now symbolically through the water we have collected. We are honored that the Laboon family would choose to share such a personal event with us and the choice reinforces that the crew is not only a family, but part of the Laboonfamily.”

The name of the great grandniece was engraved on the ship’s bell to dedicate the day and to commemorate her close tie to the ship and U.S. Navy traditions, according to the Navy.

Laboon is named after Capt. John Francis Laboon, who was awarded the Silver star during World War II while serving on the Gato-class submarine, USS Peto (SS 265).