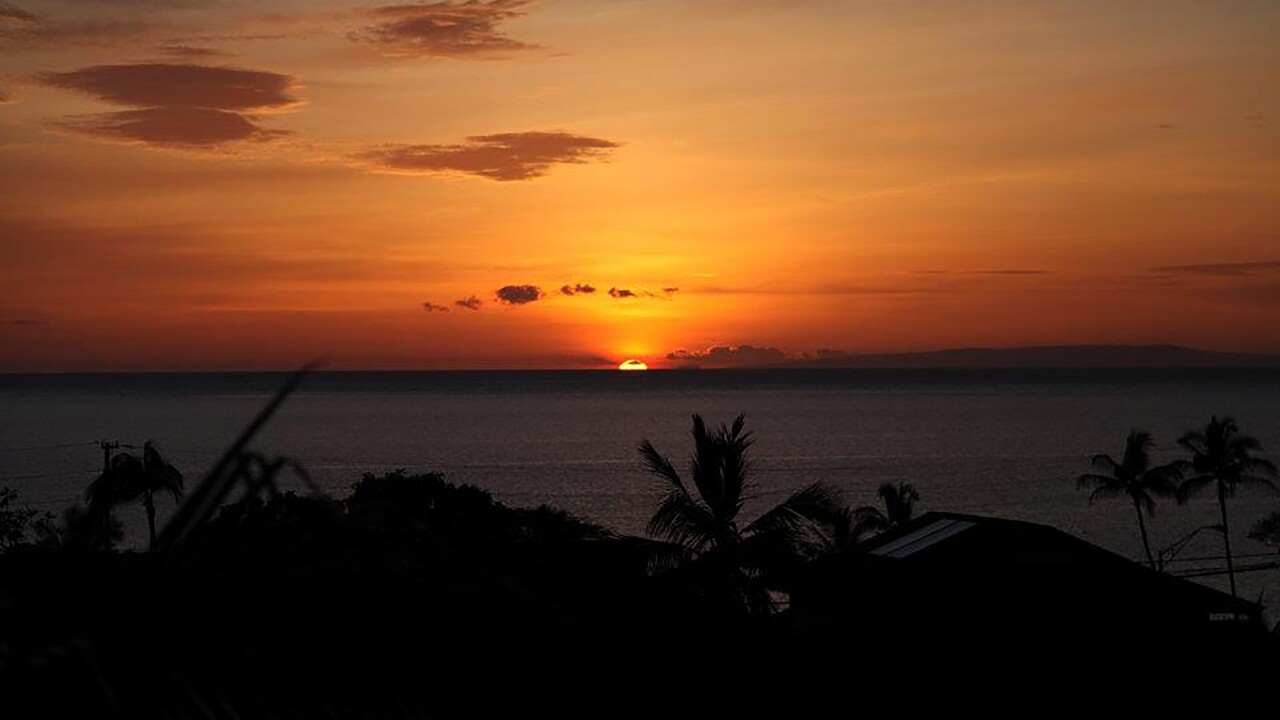 Looking out over the ocean in the hills of Lahaina, Maui, Hawaii.

The brush fire, near Lahaina’s Kauaula Valley, is estimated to cover between three and four acres, according to a Maui County emergency alert.

A nearby storm shelter has been moved from Lahaina Intermediate School to the Lahaina Civic Center, the alert said. Authorities have begun evacuating residents in the area.

There are no reports of injuries.

Emergency personnel responded to reports of a brush fire at about 1 a.m., officials said.

Cell phone service in the area is sporadic because of the storm. The alert said customers may not be able to make or receive phone calls in the Lahaina area.

The storm’s most powerful winds are expected to whip some islands later Friday.

The storm, which has weakened to a Category 2, unleashed landslides and flooding as its outer rain bands hit parts of Hawaii’s Big Island. More of the same is anticipated on the rest of the islands into the weekend.