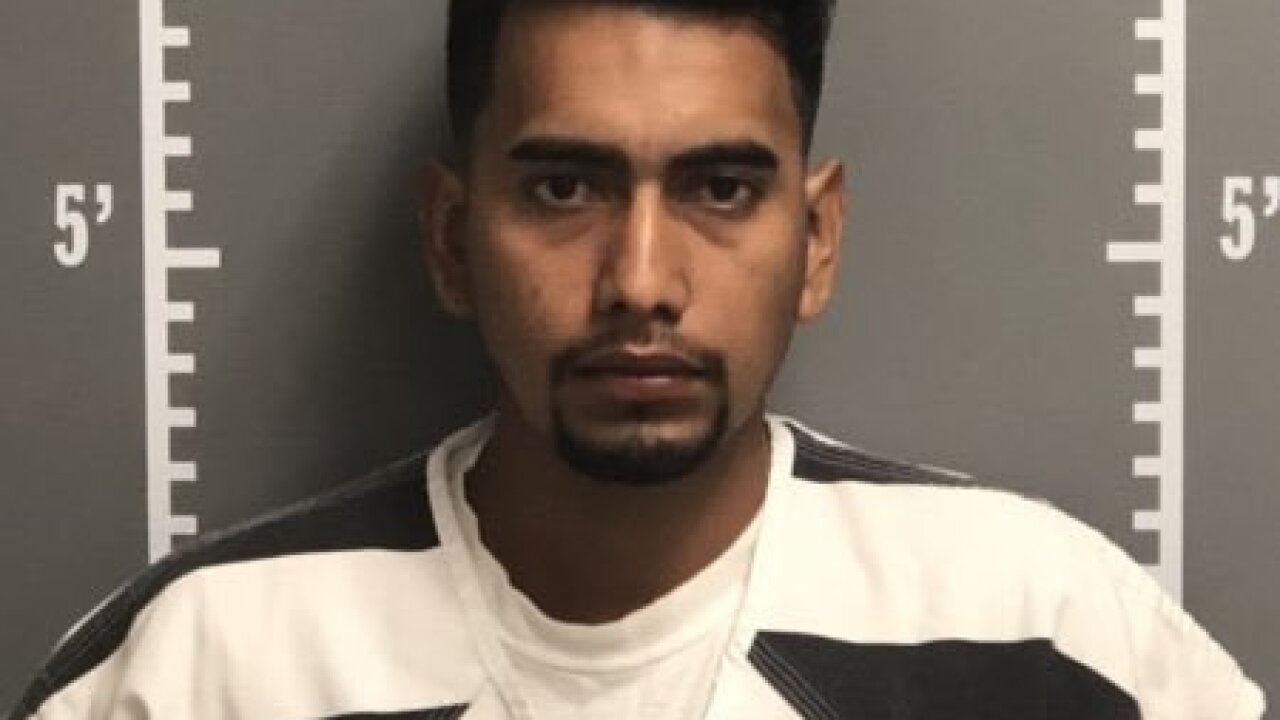 Cristhian Rivera, 24, has been charged with first-degree murder in the disappearance of Mollie Tibbetts, according to arrest documents from the Poweshiek County Sheriff’s Office.

Cristhian Rivera, 24, has been charged with first-degree murder in the disappearance of Mollie Tibbetts, according to arrest documents from the Poweshiek County Sheriff’s Office.

The man accused of pursuing and killing 20-year-old Mollie Tibbetts had worked four years at an Iowa dairy farm based on false identification, his employer said Wednesday.

Click here for our full coverage on the disappearance of Mollie Tibbetts.

“What we learned in the last 24 hours is that our employee was not who he said he was,” said Dane Lang, the co-owner and manager of Yarrabee Farms.

That revelation came about an hour after the employee, Cristhian Bahena Rivera, was arraigned on a first-degree murder charge for the killing of Tibbetts. His bond was set at $5 million and his next court hearing is scheduled for August 31.

Tibbetts went missing last month after going out for an evening run in Brooklyn, Iowa, and her disappearance launched an extensive search in the region.

On Tuesday, Rivera — who confessed to following her as she ran on a country road — led authorities to the field where a body believed to be hers was buried under corn stalks, officials said.

Rivera, a 24-year-old Mexican man who officials said came to the US illegally, largely remained silent in court, answering yes or no questions in Spanish through an interpreter. His defense attorney, Allan Richards, said Rivera came to the US as a minor, held a job in the community and has no prior criminal record.

What we know about the suspect

Rivera worked for the past four years at Yarrabee Farms.

In applying for the job, Rivera provided a state ID and Social Security card that was verified through the Social Security Administration’s verification system, according to Lang. But those forms of ID were not of Rivera, he said.

“All of us are saddened by the tragic death of Mollie and the realization that one of our coworkers was involved,” he said.

Lang said that Rivera was an employee in good standing who came to work on time and got along with his coworkers.

Neither him or his employees noticed anything suspicious about Rivera’s behavior after Tibbetts vanished, he said.

“This guy stayed around for 35 days after he did this,” Lang said. “Nobody noticed anything different.”

Yarrabee Farms is owned in part by Craig Lang, a prominent Iowa Republican who ran for Iowa secretary of agriculture this summer.

US Citizenship and Immigration Services spokesperson Michael Bars told CNN that Rivera did not make any requests for Deferred Action for Childhood Arrivals, or DACA, that might have provided him legal status in the US.

“We have found no record in our systems indicating he has any lawful immigration status,” Bars said.

Officials did not explain why Rivera killed Tibbetts, said Rick Rahn, special agent in charge at the Iowa Division of Criminal Investigation.

“I can’t really speak to you about the motive,” Rahn said. “I can just tell you it seems that he followed her and seemed to be drawn to her on that particular day and for whatever reason he chose to abduct her.”

Tibbetts’ family released a statement Wednesday thanking their supporters and asking for privacy.

“Our hearts are broken. On behalf of Mollie’s entire family, we thank all of those from around the world who have sent their thoughts and prayers for our girl. We know that many of you will join us as we continue to carry Mollie in our hearts forever,” the family said.

“At this time, our family asks that we be allowed the time to process our devastating loss and share our grief in private. Again, thank you for the outpouring of love and support that has been shared in Mollie’s name. We remain forever grateful.”

An autopsy to determine when and how Tibbetts died is planned for Wednesday. The final autopsy results are expected in four-eight weeks, although some preliminary results may be available in the next few days, according to Mitch Mortvedt, assistant director of the Iowa Department of Public Safety.

Tibbetts was studying psychology at the University of Iowa and wanted to get a doctorate and write books, her father said. Her disappearance set off an extensive search that brought in hundreds of leads but no clues as to where she was.

Authorities had been looking for Tibbetts for about a month when they found home surveillance video that showed a car following a woman running on July 18.

After watching it for hours, investigators found clues that led them to Rivera. He didn’t resist when authorities tried to detain him, Rahn said.

According to court documents, the suspect said in an interview that when he approached Tibbetts, she pulled out her cell phone and told Rivera she was going to “call the police” and that caused him to get angry.

Rivera alleged he blacked out at some point and woke up at an intersection in rural Poweshiek County, court documents state. At that point, he realized he had put the woman in the trunk of his car, and when he took her out, he saw blood on the side of her head, the arrest warrant states.

He left the body in a cornfield and covered it with corn leaves, the warrant adds. Rivera led authorities to a corn field on Tuesday morning, where they found a body covered in corn leaves. Tibbetts’ clothing was also found at the scene.

Suspect came to US illegally

Shawn Neudauer, a spokesman for Immigration and Customs Enforcement, said the agency on Tuesday sent a detainer request to local authorities for Rivera, who is from Mexico. That means ICE could take custody of Rivera if he was released from local custody.

Rivera’s immigration status was cited by Republican leaders to argue for a change in American immigration policy. President Donald Trump referred to the case while speaking at a rally in Charleston, West Virginia on Tuesday night.

“You heard about today with the illegal alien coming in very sadly from Mexico. And you saw what happened to that incredible beautiful young woman. Should have never happened. Illegally in our country,” he said.

“We’ve had a huge impact but the laws are so bad, the immigration laws are such a disgrace. We’re getting it changed but we have to get more Republicans.”