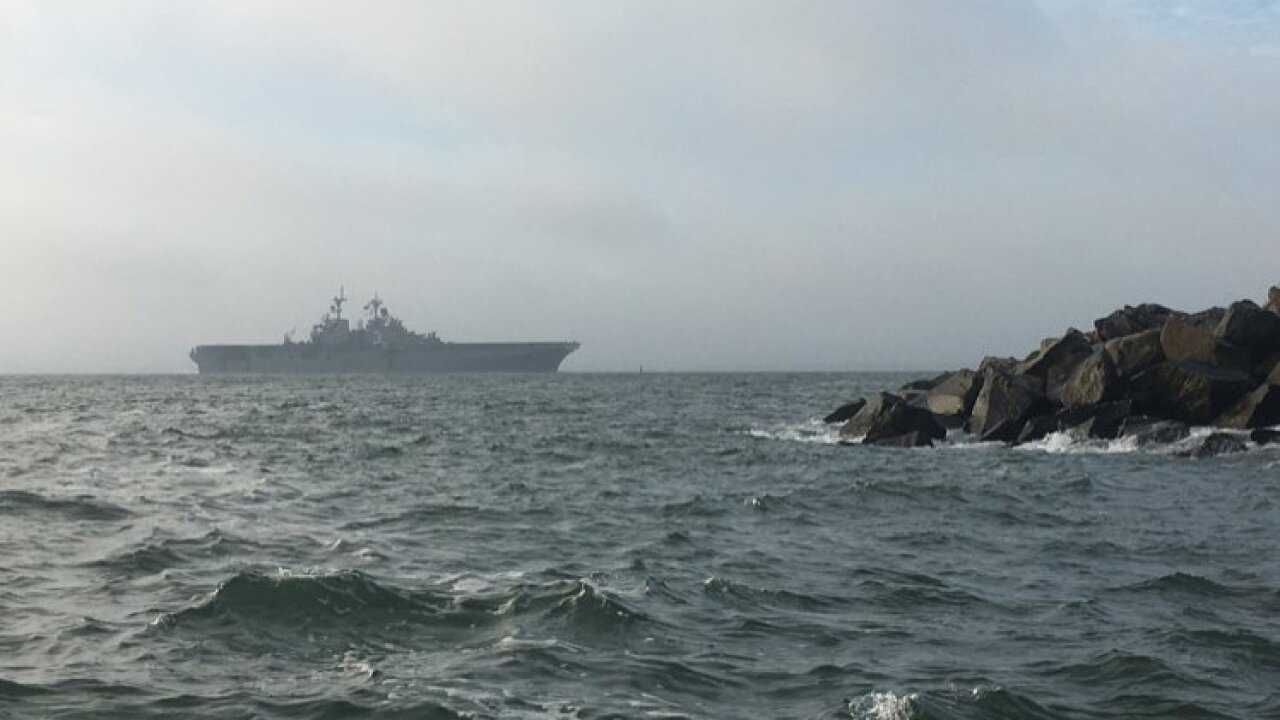 USS Kearsarge making its way back to Naval Station Norfolk.

The Navy said the exercise “enhances joint integration, lethality and collective capabilities of the Navy-Marine Corps team through joint planning and execution of challenging and realistic training scenarios.”

The group is preparing for an upcoming deployment, according to the Navy.