Williamsburg bistro on quest to reunite wedding band with owner 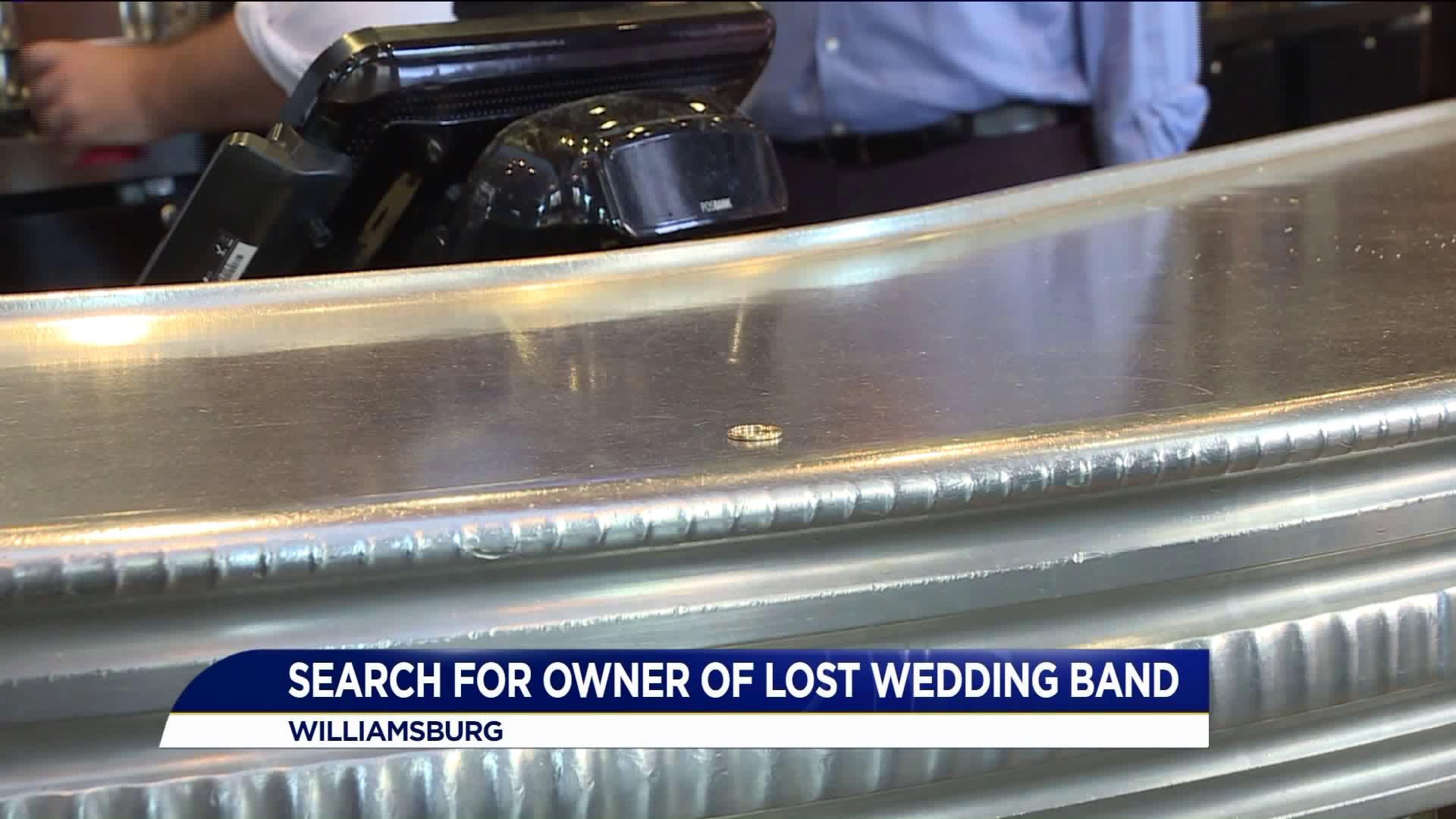 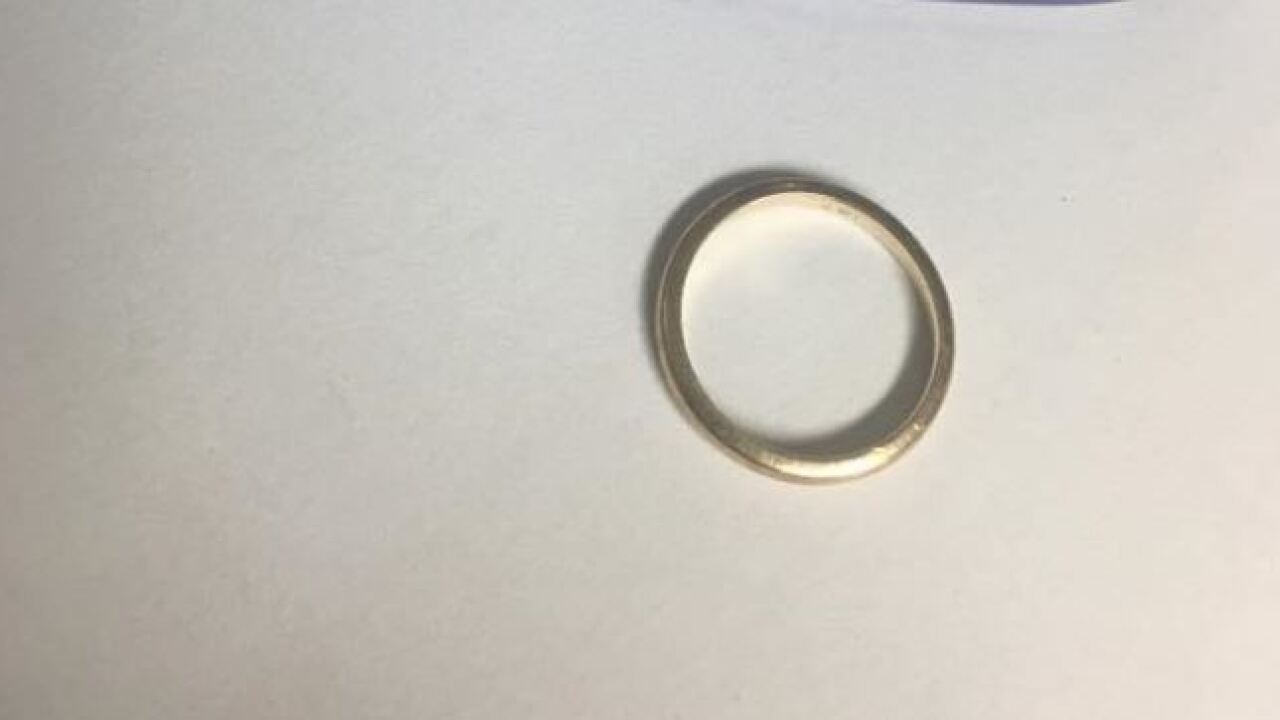 WILLIAMSBURG, Va. – A local restaurant is taking to Facebook to find the owner of a missing wedding band.

For the past nine months,  Adam Steely has kept the gold wedding band locked up in his office at the Blue Talon Bistro.

“Anything valuable, we don’t want to go missing," Steely explained as he showed News 3's Brian Hill the band. "So, we keep it in here.”

It’s a valuable his staff found in the Williamsburg restaurant last November.

The wedding ring found at the Blue Talon Bistro

"When people make reservations, we get phone numbers and we called those folks and we kept hoping that there would be someone missing such a personal item that they would reach out," Steely said.

Last week, they decide to take action and make sure this ring gets back on the right finger.

They posted on Facebook, hoping to reach a broader audience.

“I think anybody who is married understands the importance of a symbol like that, and the last thing you want to do is leave it sitting in our safe," Steely said.

They’ve gotten a few inquires but “none of them had the right year inscribed inside.”

Steely said the band has an inscription dated 1950, but he isn’t saying much else.

"If someone could give us the initials and the date that went along with the inscription, then obviously they would know what’s in there and so we’d be able to get it to the rightful owner," he told News 3 about the ring.

If no one comes forward following the bistro’s social media push, Steely says they won’t give up.

“We’ll keep trying. We’ll hang on to it as long as it takes."