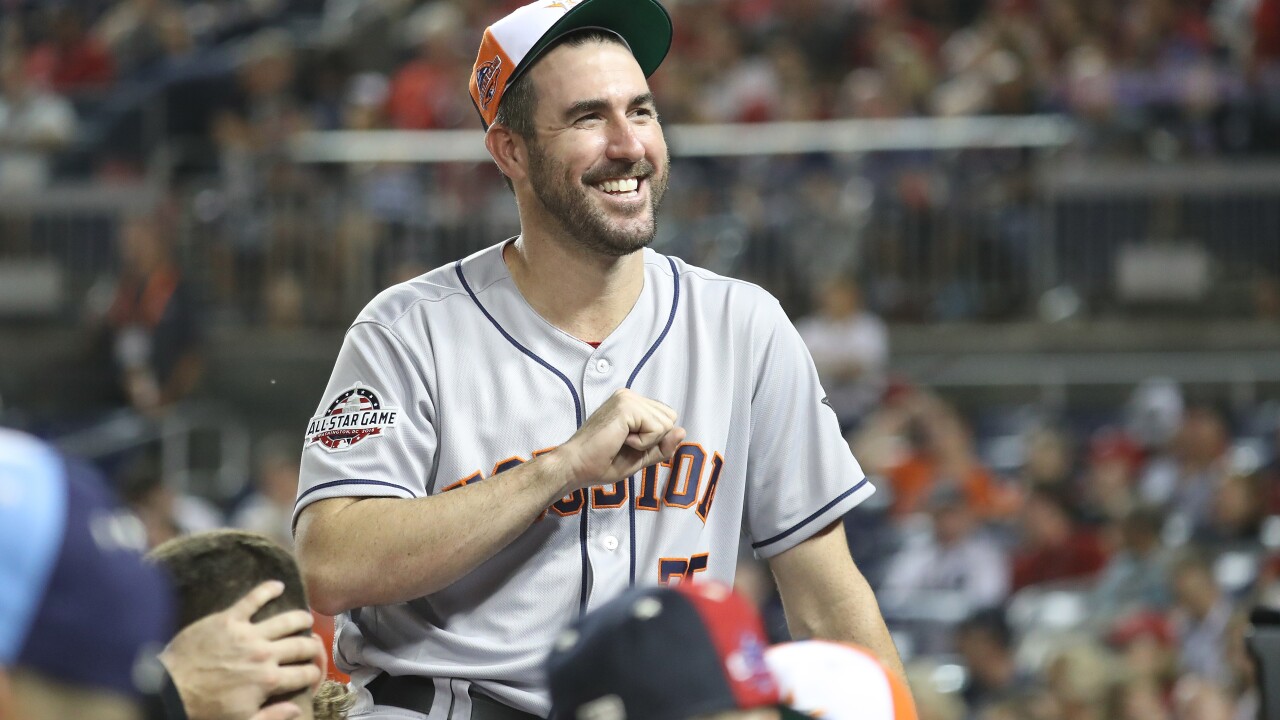 OAKLAND, Calif. – For the 200th time, Verlander is victorious.

With a 9-4 victory Sunday in Oakland, former Old Dominion University star Justin Verlander becomes just the 117th pitcher in Major League Baseball history to earn 200 victories in a career. Verlander is one of only three active players (Bartolo Colon, CC Sabathia) with 200 or more victories.

The reigning American League Championship Series MVP is only the third pitcher to hit the 200 win mile mark, while wearing a Houston Astros jersey. In 2018, Verlander is 12-and-8 with an American League-leading 223 strikeouts.