Back with the Miami Heat, Chesapeake’s Briante Weber is embracing a new ‘Bri-ginning’ 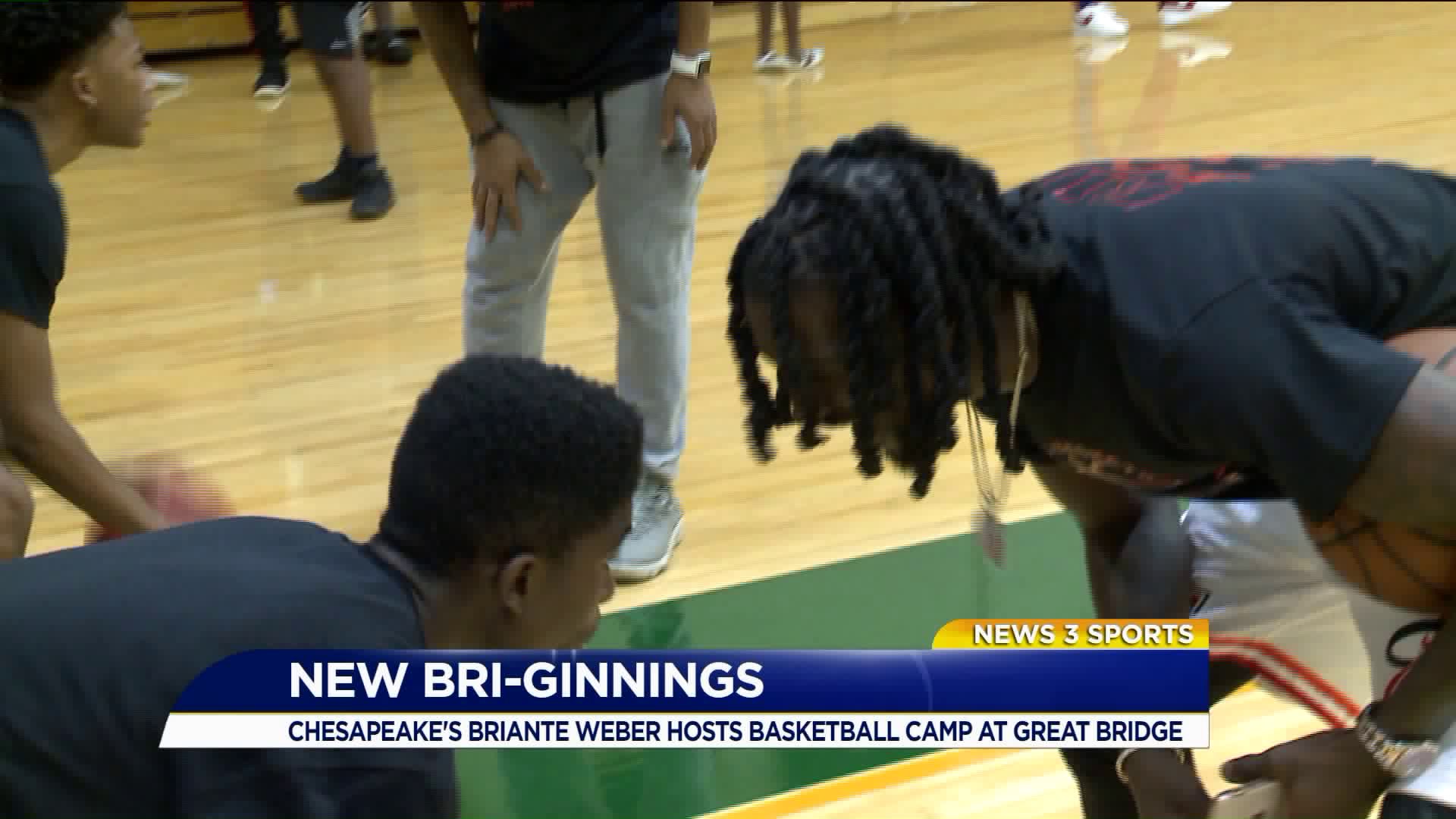 CHESAPEAKE, Va. - Briante Weber made a name for himself by being stingy on defense. Never letting up has been a theme of his since starring at Great Bridge High School.

He later became the all-time leader in steals after four seasons at VCU. Back at home Saturday for his 'New Beginnings/Brifense' camp, Weber aimed to infuse campers with the same mentality he had growing up - to never give up.

"I see it as, me being in their shoes, knowing that it was so many people that from round here that was so close that made it," Weber said.

"For me to just do and actually finish it, and complete it and have something that's going to be here for years and years to come, is something that I've been planning since I was a kid, and it's definitely uplifting to see all the smiling faces around."

Weber has had a hard time finding a concrete NBA home, but he recently signed with the Miami Heat, a place he's familiar with. The Heat signed Weber back in 2016. The Heat might be a perfect pairing for Weber, given the high-intensity defensive style the Heat play.

His grit, after stops with the Hornets, Lakers, Warriors, Rockets, and Grizzlies, is what keeps him going.

"I was never given anything, I went to Great bridge high school, this is not a basketball factory," Weber said.

Weber will report to South Beach for training camp next month.