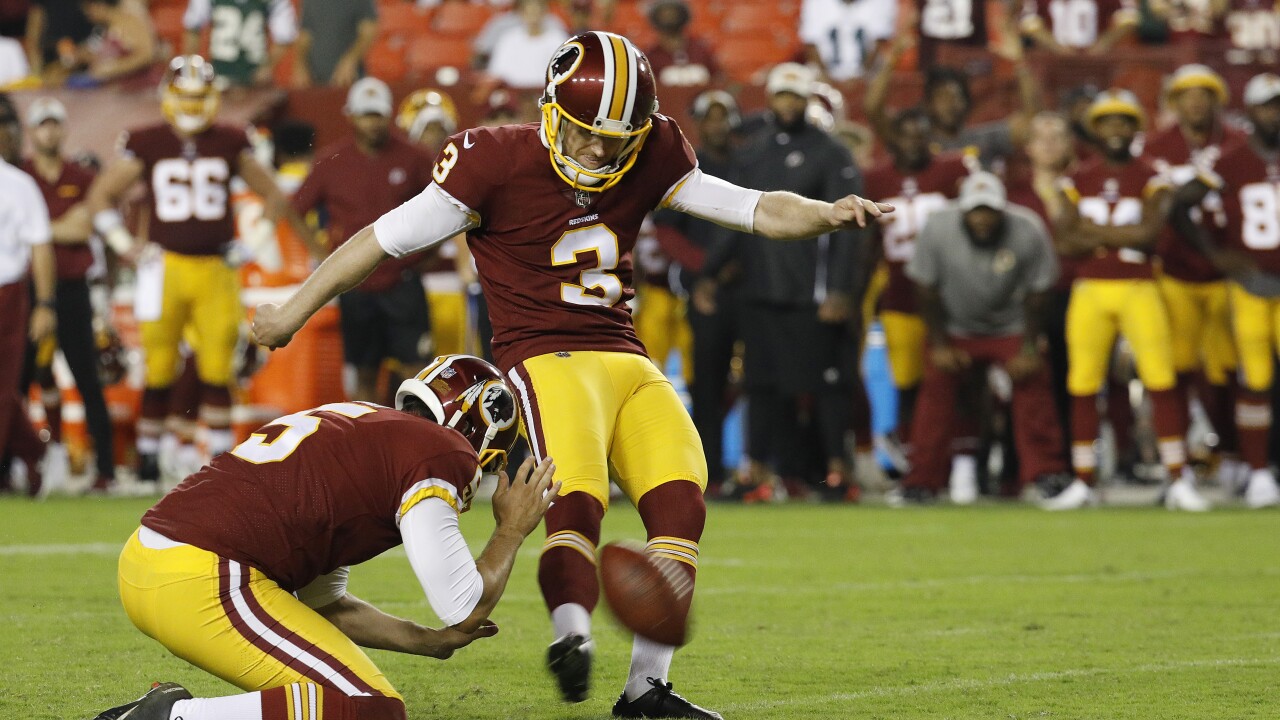 LANDOVER, Md. – Kickers don’t get much shine during training camp practices. During the Redskins preseason opener, their leg, Dustin Hopkins got plenty of work.

The fifth-year veteran knocked in five field goals to lift the Redskins past the New York Jets Thursday night.

Alex Smith’s debut in the burgundy & gold was a short one, going 4-for-6 for 48 yards. On his first snap, Smith took a hit high from Jordan Jenkins, resulting in a roughing the passer penalty.

Jordan Jenkins gets flagged on the first play of the game for this hit on Alex Smith. This is a new rule that already seems ridiculous. Looked like a clean hit to me. #Jets pic.twitter.com/5uK08a9JDV

Smith would be okay, but his backfield mates in Samaje Perine and Byron Marshall would leave earlier than expected with injuries. Perine sprained his ankle on a 30-yard bolt, while Marshall left with a lower leg injury.

‘Skins head coach Jay Gruden said post-game both would be “Ok,” with MRI results coming back negative for Marshall. Undrafted free agent out of Grambling State, Martez Carter led the team in rushing with 45 yards on seven carries.

Alabama undrafted free agent  Cam Sims bobbled a ball that ended up being intercepted by the Jets, but would make amends later. Sims finished the game with three catches for 57 yards, including the 20-yard grab that set Hopkins up for the game-winning field goal.

The team will be back on the practice field in Ashburn on Saturday, as they turn their attention to a matchup with the Denver Broncos.