Chris Watts case: Everything we know so far about the alleged murders of his wife, daughters 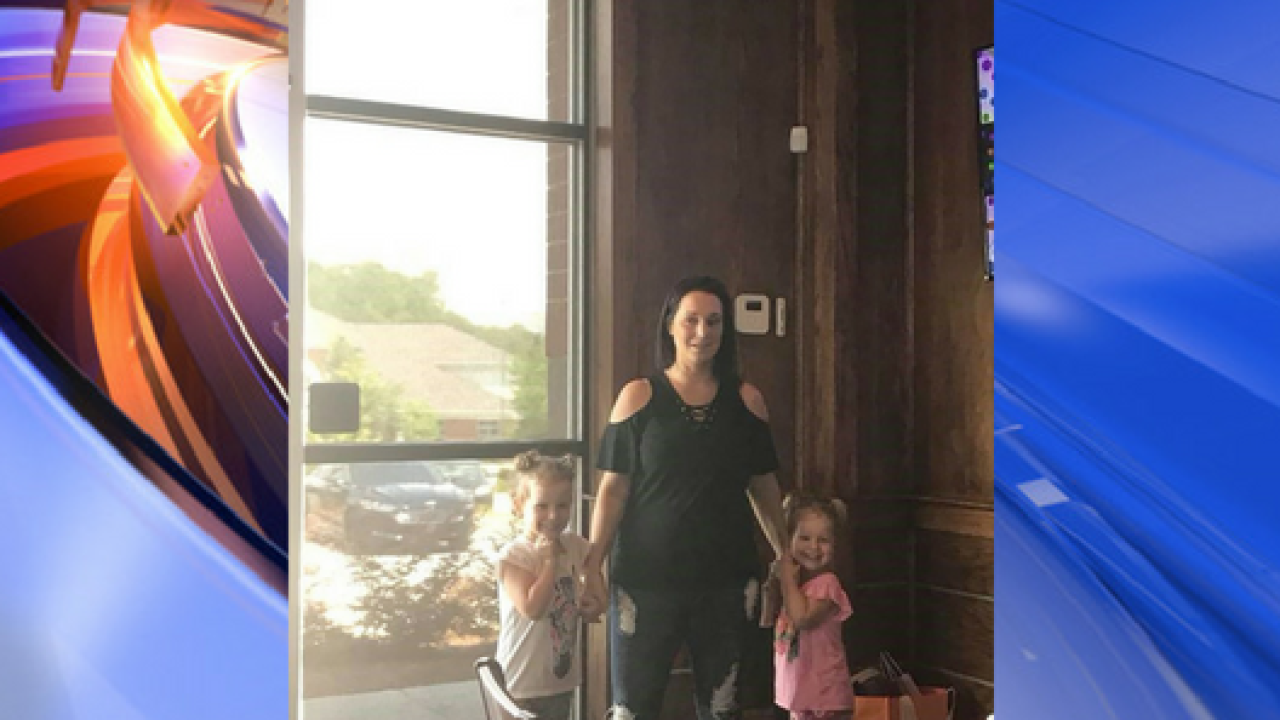 FREDERICK, Co. (KMGH) – With the case documents regarding the investigation into why 33-year-old Chris Watts allegedly killed his pregnant wife and two young daughters currently sealed by a judge, more information about the family is filling in holes in the timeline surrounding the killings.

Local, state and federal law enforcement officials in Colorado said at a Thursday morning news conference they are still working to piece together the investigation surrounding the deaths of 34-year-old Shanann Watts and her daughters, 3-year-old Celeste and 4-year-old Bella.

But many questions remain about what might have led to the killings and when they occurred. Here’s everything we know so far:

Watts was taken to jail at 11:30 p.m. Wednesday after he was detained for questioning. Two law enforcement sources told Denver7 Watts had confessed to killing his wife and daughters.

Weld County prosecutors will have until Monday afternoon to file formal charges against Watts. The affidavit for his arrest, which was sealed Wednesday night as the police investigation continues, could be unsealed Monday if charges are filed, officials said Thursday. The unsealed affidavit would likely provide more details about what police know that led them to arrest Watts in the deaths of his family.

At a 2:30 p.m. bond hearing Thursday, Weld County prosecutors said they believe Shanann and the girls were killed inside of the family’s home, but did not say why they believe that. Prosecutors have a 3:30 p.m. Monday deadline to file charges, and Watts will learn what formal charges he might face at a 10:30 a.m. Tuesday court hearing. Watts will be held without bond pending his next court appearance.

Frederick police on Wednesday confirmed some of the details surrounding Shanann’s disappearance that neighbors, friends and family have been talking about since Monday.

A friend of Shanann’s dropped her off at her home in Frederick, Colorado, around 2 a.m. Monday. She had been in Arizona on a work trip. But much of what we have learned about what happened afterward comes from an interview with Watts himself, who was arrested in his family’s deaths despite his claims he knew nothing about where they had gone.

He claimed that he last saw Shanann around 5:15 a.m. Monday when he left home. He told Denver7 that Shanann’s friend showed up to his door just after noon that day wondering where she and the girls were.

Police confirmed that the woman went to the home after Shanann missed a doctor’s appointment and that she first reported Shanann and her daughters missing.

Officers went to the home on a welfare check around 1:40 p.m. Monday and confirmed that the three were missing and that Shanann’s phone keys and purse were all left at the home.

The FBI and CBI joined the investigation Tuesday.

Watts stayed with friends of the couple’s after Shanann and the girls were reported missing. He also coordinated media interviews, including one with Denver7, through them.

Those friends, Nicholas and Amanda Thayer, told Denver7 Thursday they were horrified they let him stay in their home and apologized for backing Watts. Thayer said she had been told last week by Shanann that she had concerns of infidelity on Chris’ behalf.

“She said that it came to her mind that possibly he could be cheating but at the same time, she was like, you know, he has no game,” Thayer said.

Watts gave an interview to Denver7’s Tomas Hoppough on Tuesday, a day after the three were reported missing.

Shanann Watts, 34, and her two children Bella, 3, and Celeste, 4, have been missing since Monday from Frederick, Colorado.

In the interview, he tells a detailed version of what he claims happened when Shanann and their daughters Bella and Celeste went missing, including that he and his wife “had an emotional conversation” before he allegedly last saw her.

“I mean, she wasn’t here. The kids weren’t here. Nobody was here,” Watts claimed.

He also made a direct plea for Shanann and the girls to come home.

“Shanann, Bella, Celeste: If you’re out there, just come back. Like if somebody has her, just bring her back. I need to see everybody. … This house is not complete without anybody here. Please bring ‘em back,” he said.

Denver7 spoke with several neighbors this week who described the couple in various ways. One neighbor who didn’t want to be identified said they appeared to be a normal family. “I didn’t see anything negative in their relationship,” the person said of Shanann and Chris.

Another neighbor, Ann Watt, said she was in “absolute shock” at the killings, saying she had seen Shanann and the girls at the neighborhood pool. “I lost a lot of sleep over it last night,” Watt said.

Mike Hendrickson said he and his wife were “shocked” at the news that the family was missing. “They seemed like very quiet people and very nice, cordial people,” he said. “My wife would also say how much she admired [Chris] for the attention that he paid to those young ‘uns.”

But, he said, before learning that Chris was arrested in connection with the case, “something just doesn’t add up” after seeing the interview with Chris.

The body believed to be that of Shanann was discovered on property owned by Anadarko Petroleum Company, where Chris Watts had been employed.

Anadarko said late Thursday morning that Chris was fired by the company on Wednesday.

“We are heart-broken by this, and our thoughts and prayers are with the loved ones and friends of the Watts family. We will continue to support law enforcement in its investigation,” company spokeswoman Jennifer Brice said in a statement.

The bodies police say they have “strong reason to believe” are 4-year-old Bella and 3-year-old Celeste Watts were located during the late afternoon hours Thursday, Frederick police announced Thursday evening.

Police said they will not disclose the location of where the bodies were recovered, but said they were located closed to the other body whom officers strongly believe is Shanann Watts. Her body was found on property owned by Anadarko Petroleum property earlier Thursday.

On Thursday evening, several high-ranking sources told Denver7’s Jennifer Kovaleski that the bodies of the two young girls were found inside oil and gas tanks that “were mostly full.” The high-ranking sources told Kovaleski they believe Watts placed the bodies of 4-year-old Bella and 3-year-old Celeste in the oil and gas tanks in order to conceal the smell from passersby.

Children’s Hospital Colorado said Thursday that Shanann had previously worked there but had left the hospital more than a year ago.

“We’re deeply saddened by the tragic death of a talented and highly respected former colleague and her two young daughters,” the hospital said in a statement. “Although Shanann had not worked at Children’s Hospital Colorado in more than a year, she is remembered fondly and we send our thoughts and prayers to her loved ones.”

Background checks and court records relating to Shanann and Chris Watts also revealed they filed for Chapter 7 bankruptcy in July 2015, and there was a civil claim filed in July of this year by the Wyndham Hill Master Association, the couple’s homeowner’s association, in Weld County court. Court records show there was a return date on a court summons set for Aug. 24 in that case.

According to The Denver Post, the couple listed liabilities of more than $400,000 in its 2015 bankruptcy filing.

And Amanda Thayer on Thursday told Denver7 that Chris mentioned putting the house up for sale on Monday.

“We spoke to Chris on Monday. He mentioned putting the house up for sale; him and Shanann had spoke about doing that,” she told Denver7 Thursday.

Shanann’s brother, Frankie Rzucek, pointed out two fundraisers created to help find the missing family that have now been turned into efforts to raise money for funeral expenses. There is a Facebook fundraiser and one on PayPal.

“I’m not one to ask for donations or any kind of money I didn’t earn, but at this time we don’t know how long we will have to be in Colorado or what all were supposed to do about this tragedy,” he wrote on Facebook. “I’m so distraught and in shock with this sickening news … For all the people who are helping and donating may god bless you for helping a family in need.”

There is a candlelight vigil in front of the Watts home scheduled for 8:30 p.m. Friday.