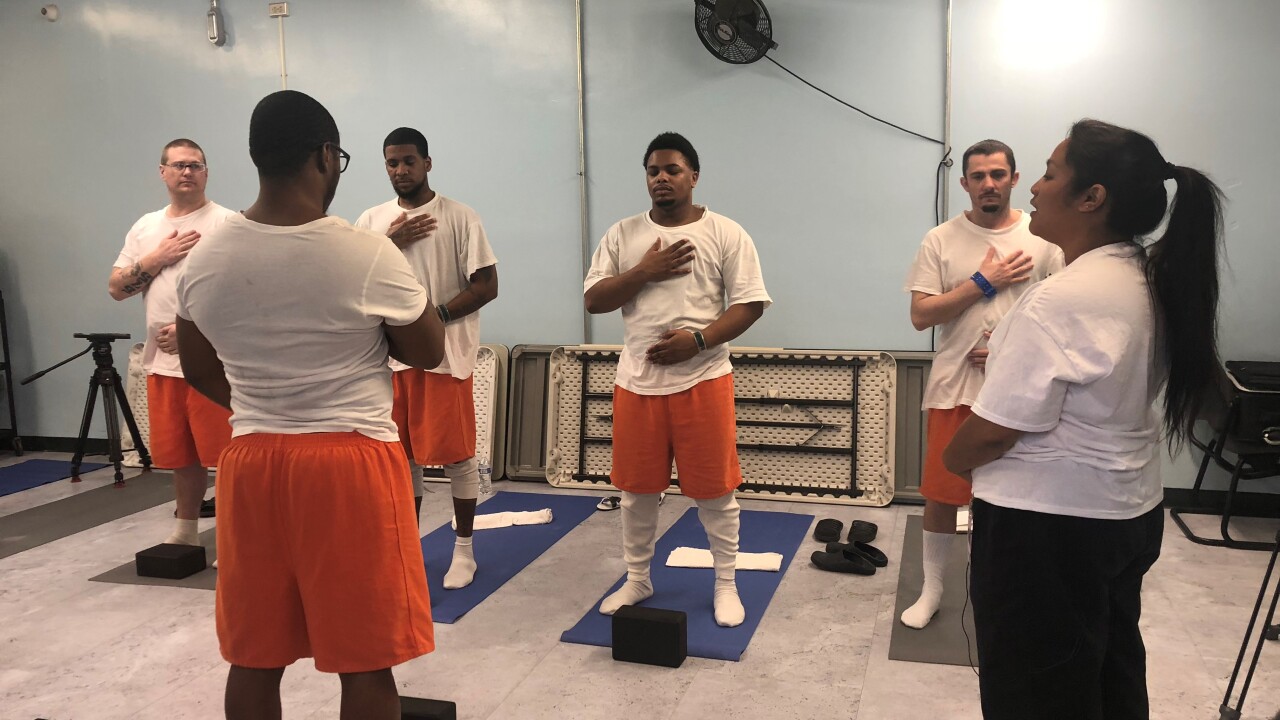 The program, which is part of The Prison Yoga Project and was taught by Norfolk resident Christine Harrell, promotes mindfulness and yoga to help teach inmates better impulse control and decision-making skills.

News 3’s Kim Cung previously interviewed inmates who took part in the program when it first launched in the Norfolk City Jail in June.

“I feel like it’ll help me in a sense where I can perceive situations better opposed to just acting off impulse,” said George Sutton, who was serving time for simple assault and battery and a firearms charge, among others.  “I definitely notice a change personally.”

“It allows me to take deep breaths instead of just jumping off the gun and getting mad and angry,” said Darius Cooper, who was serving time for a drug and firearms charge.

According to a release by the Norfolk Sheriff’s Office, 95 percent of people in jail today will eventually return back to the community, and it is important for them to return with skills that make them less likely to commit future crimes.

A 2016 study by RAND also found that inmates who participate in educational programs are 43 percent less likely to reoffend.

Harrell, who became a certified instructor with The Prison Yoga Project after finding a letter her brother wrote to her while he was incarcerated, hopes to expand the program to other jurisdictions in Virginia. Her group, Virginia Community Yoga, is accepting donations of all kinds – including mats, funds and blocks – for the project.