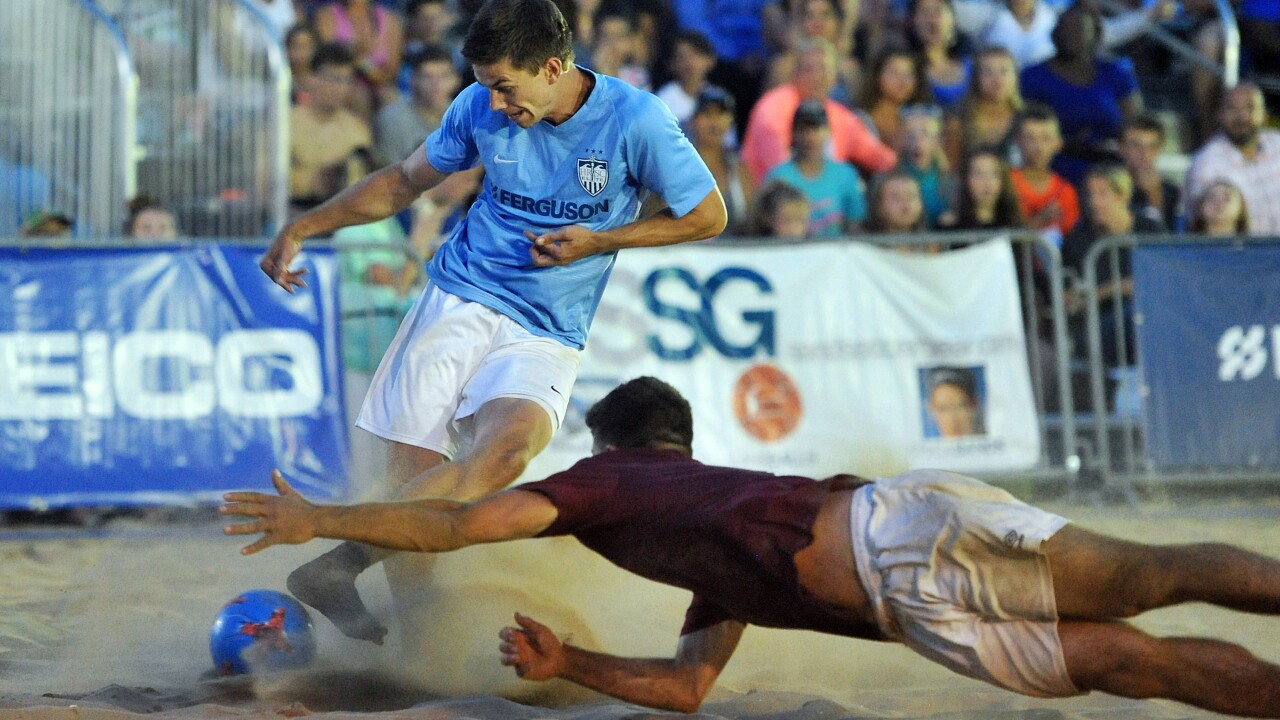 Over the weekend, Albiston hopped on a flight to Florida to train with some of the country’s top players as the group gears up for a tournament in Hungary.

Albiston graduated from Cox High School in 2010 after winning multiple State Championships with the school’s team.

He then continued his soccer career at The College of William and Mary.

“I also really enjoy the physicality of beach soccer and the mental toughness that it requires.  It is certainly more of a battle, both mentally and physically as opposed to soccer on grass,” Albiston said in a Hampton Roads Soccer Council press release.

The U.S. National Beach Soccer Team is comprised of players who have all previously competed in North American Sand Soccer Championships. The NASSC is where Chris was identified as a player that could make a difference for the U.S.

The homegrown event (NASSC) just wrapped up its 25th anniversary and next year’s event is slated for June 7-9.