Giuliani: ‘There was no conversation’ between Trump and Comey on Flynn 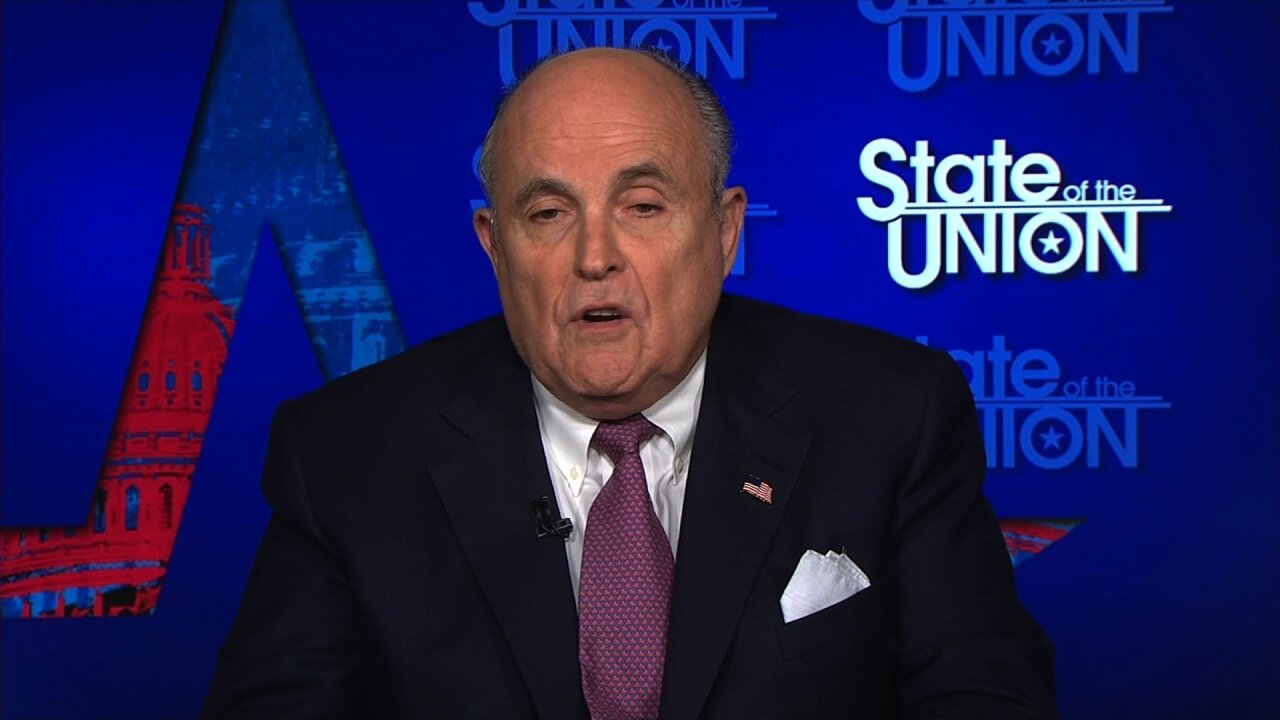 “There was no conversation about Michael Flynn. The President didn’t find out that Comey believed there was until about, I think, it was February when it supposedly took place. Memo came out in May. And in between, Comey testified under oath, in no way had he been obstructed at any time,” Giuliani told CNN’s “State of the Union” anchor Jake Tapper. “Then all of the sudden in May he says he felt obstructed. He felt pressured by that comment, ‘you should go easy on Flynn.’ So we maintain the President didn’t say that.”

Comey testified to senators in June of last year that Trump told him during an Oval Office meeting the previous February that he wished Comey would drop a probe into Flynn, saying he hoped Comey would “see your way clear to letting this go, to letting Flynn go. He is a good guy. I hope you can let this go.”

Comey also wrote in his book, “A Higher Loyalty,” that he discussed the conversation about Flynn with senior FBI leadership and, while in the car after the Oval Office discussion, emailed his staff to say that the counterterrorism meeting went well, “but ‘now I have to write another memo.'”

“What I meant was that I had another conversation with the president that I needed to document,” he wrote. “I prepared an unclassified memo of the conversation about Flynn and discussed the matter with FBI senior leadership, including Deputy Director (Andrew) McCabe; my chief of staff Jim Rybicki; and the FBI’s general counsel Jim Baker.”

Giuliani said on Sunday that a flat denial of the “let this go” comment is “what (Trump) will testify to if he’s asked that question.”

In July, Giuliani seemed to suggest on ABC’s “This Week” that Trump did ask Comey to let the probe go. After host George Stephanopoulos said to Giuliani that Comey says he took Trump’s remark as direction, Giuliani responded that he was also told, “Can you give the man a break?” many times as a prosecutor.

“He didn’t direct him to do that,” Giuliani said. “What he said was, can you, can you give him a break.”

“Comey says he took it as direction,” Stephanopoulos interjected.

“Well, that’s okay. He could have taken it that way, but by that time he had been fired,” Giuliani responded. “He said a lot of other things, some of which has turned out to be untrue. The reality is, as a prosecutor, I was told that many times, ‘can you give the man a break,’ either by his lawyers, by his relatives, by his friends. You take that into consideration. But you know, that doesn’t determine not going forward with it.”

On Sunday’s “State of the Union,” however, Giuliani said he “never told ABC that.”

“That’s crazy. I have never said that,” he added. “What I said was, that is what Comey is saying Trump said. I have always said the President denies it. ”

The former New York City mayor also said he thinks the reason why Mueller wants to ask the question is to entrap the President in a perjury charge.

“They can say it’s perjury if they elect to believe Comey instead of Trump,” Giuliani said.

Negotiations between Trump’s legal team and Mueller’s team about a potential interview with the President are ongoing. Giuliani said Wednesday that his team has responded to the special counsel about a proposal for the interview.