Donation made for new playground equipment in Dare County 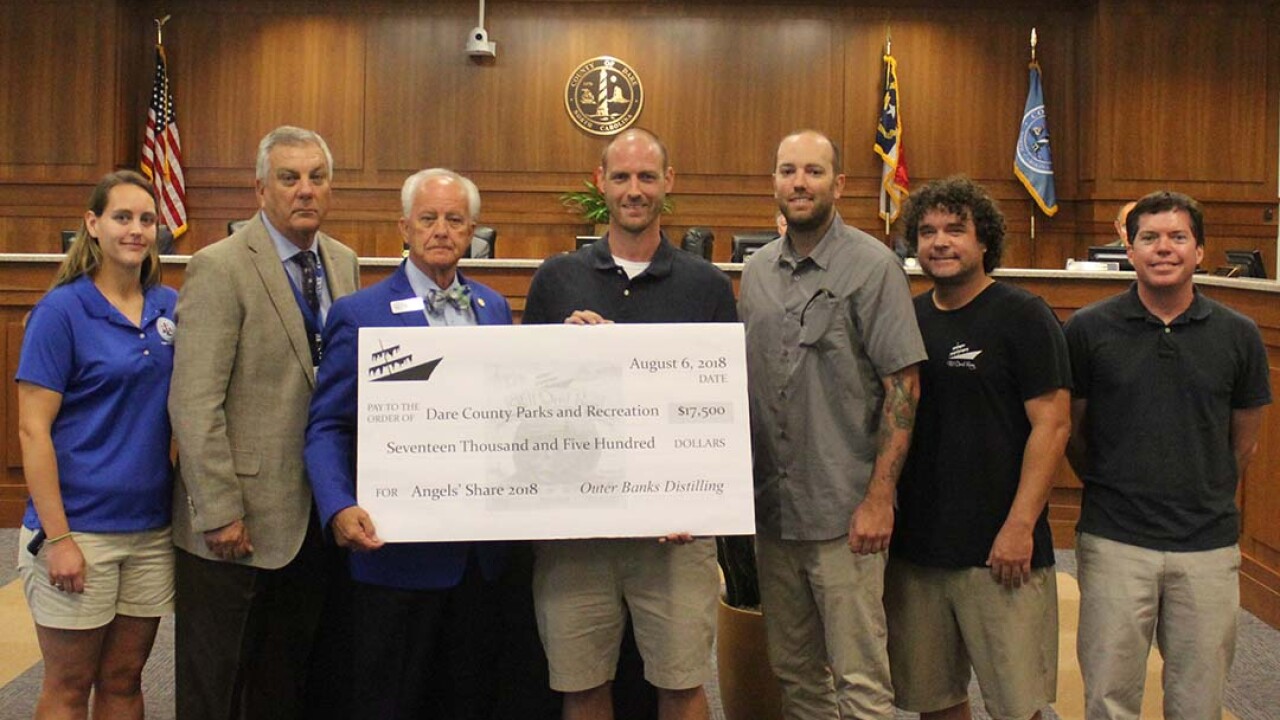 DARE COUNTY, N.C. – Outer Banks Distilling donated $17,500 to Dare County Parks and Recreation to be put towards new playground equipment in Kill Devil Hills, according to a tweet by the Dare County Government Twitter.

The distillery, which opened in 2015, offered to donate proceeds from the sale of a specialty rum to help purchase new playground equipment.

“One of our main business philosophies is to take care of those who take care of us. We were embraced by the local community when we opened and we wanted to give back to the community,” Ball said.

On Saturday, June 30, Outer Banks Distillery hosted an event with local area businesses and donated all the proceeds to Dare County Parks and Recreation. The distillery sold 340 bottles of Angels Share, the specialty rum named for the small bit of rum that evaporates from every barrel during the barrel aging process.

The new playground equipment has been purchased and will be installed later this fall.

“To give back this amount of money in such a short period of time is very commendable. That these young men saw the need to give back and to make such a large donation benefiting Dare County children is nothing short of amazing,” said Chairman Bob Woodard at the presentation.