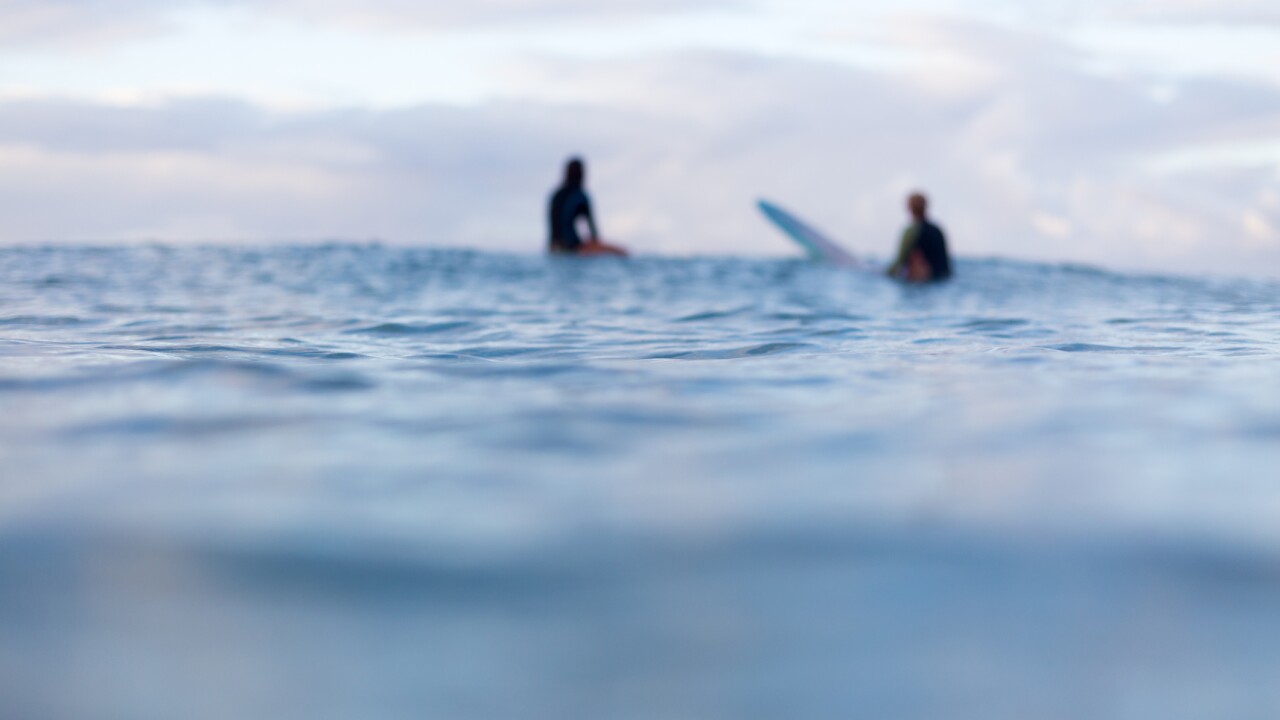 Two out of focus surfers sit in the distance on their surfboards as they wait for a wave to appear on the horizon.

VIRGINIA BEACH, Va. – Around 100 participants and nearly 300 volunteers will hit the waves today for a day of surfing – and nearly everyone participating has a spinal cord injury.

The Life Rolls On Adaptive Surfing Clinic, held at Grommet Island Park and organized by world champion quadriplegic surfer Jesse Billauer, wants to prove to them that “they will surf again.”

One surfer, 3-year-old Malcolm, traveled from Maryland along with his family and his therapy team from the Kennedy Krieger Institute to participate.

In December 2015, when he was 14 months old, Malcolm was diagnosed with an intramedullary spinal cord tumor that impacted his ability to walk and stand. Three days after his diagnosis, Malcolm underwent surgery to resect the tumor.

Although successful – a near-total resection – Malcolm was left paralyzed and did not have function of his core or legs.

He is currently being treated at Kennedy Krieger Institute’s International Center for Spinal Cord Injury where he is learning to walk again and his parents are learning ways to help him move, stand and function.

According to a release by the surf clinic, Malcolm has made so much improvement that he is able to participate in his first adaptive sports event.

The event is at capacity, but people interested are encouraged to come to the beach at the Boardwalk and 2nd Street from 9 a.m. to 4 p.m.