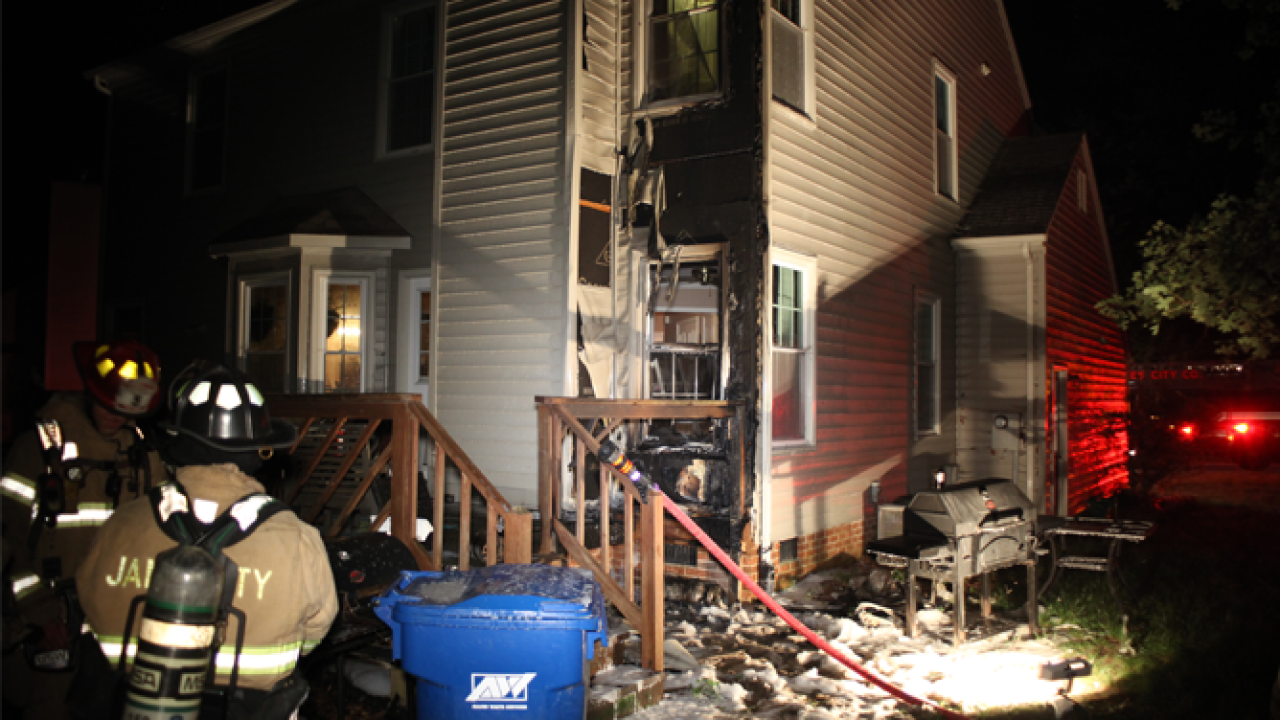 JAMES CITY COUNTY, Va. – The James City County Fire Department responded to an early morning house fire in the Berkeley Green subdivision after a call was received at 4:55 a.m.

The homeowner who made the call reported a grill and back deck was on fire.

Two adults and two children had safely evacuated the home before firefighters arrived.

Damage was caused to the home’s exterior.

Fire Marshals determined the fire was accidental and caused by hot charcoals left in the unattended grill.