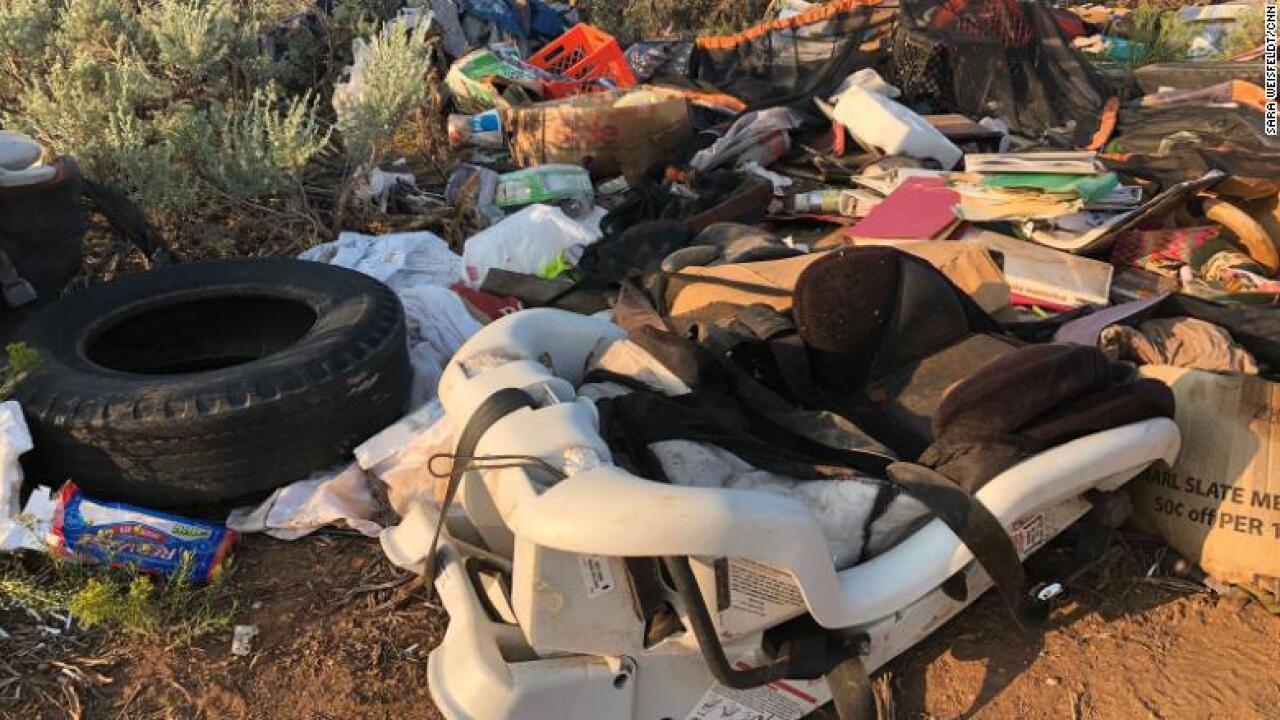 The five suspects accused of abusing 11 children at a New Mexico compound were training them to commit school shootings, prosecutors said Wednesday.

If the defendants were to “be released from custody, there is a substantial likelihood defendant may commit new crimes due to his planning and preparation for future school shootings,” the court documents said.

The filings did not provide further details about the alleged training. The makeshift compound appeared to have a shooting range on the property and loaded firearms were found on the property, authorities said.

A foster parent of one of the children also said, “The defendant had trained the child in the use of an assault rifle in preparation for future school shootings,” according to the court filings.

Allegations against the suspects come in the wake of the discovery that 11 starving children had been living in a filthy compound in Amalia, New Mexico, that lacked electricity or plumbing.

Authorities raided the compound on Friday as part of their search for Abdul-Ghani Wahhaj, a child with severe medical problems who was allegedly abducted from Georgia by his father, Siraj Wahhaj, about nine months ago.

A boy’s remains were found at the compound on Monday, police said, although it is not yet clear whether the remains are those of 4-year-old Abdul-Ghani.

Taos County Sheriff Jerry Hogrefe said authorities were able to get a search warrant after they received a message from what appeared to be someone inside the compound that said “we are starving and need food and water.”

“I absolutely knew that we couldn’t wait on another agency to step up and we had to go check this out as soon as possible,” Hogrefe said in a news release on Saturday, “so I began working on a search warrant right after I got that intercepted message — it had to be a search warrant and a tactical approach for our own safety because we had learned the occupants were most likely heavily armed and considered extremist of the Muslim belief.”

The sheriff offered no further details, but in a phone interview, with the Santa Fe New Mexican newspaper on Sunday, Hogrefe said FBI analysts told him the suspects appeared to be “extremist of the Muslim belief.”

CNN has reached out to the suspects’ public defender for comment.

The five defendants — Wahhaj; his sisters, Hujrah Wahhaj and Subhannah Wahhaj, who are thought to be the children’s mothers; Lucas Morten and Jany Leveille — were each arraigned Wednesday in a Taos, New Mexico, courtroom on 11 counts of child abuse related to the neglect and abuse of the children.

The five, who pleaded not guilty, have a pretrial detention hearing set for Monday, according to Aleksandar Kostich, a state public defender.

Family members of the suspects said they didn’t know anything of the alleged training for school shootings.

The imam was the first Muslim to offer an opening prayer before the US House of Representatives, the Muslim Alliance in North America said. He was also a character witness for convicted 1993 World Trade Center bombing mastermind Omar Abdel-Rahman.

Shariyf Muhammad, attorney for Abdul-Ghani’s mother, Hakima Ramzi, said she “has no knowledge of any training for school shootings.”

Ramzi has not been charged in the case. She reported her son missing to Clayton County, Georgia, authorities in December after the younger Wahhaj took their son to the park and never returned, according to a police report.

Police initially didn’t file a child abduction report because Wahhaj and Ramzi were married; she filed for divorce in December, Clayton County court documents show. But a juvenile court judge in January issued an arrest warrant for Wahhaj for failing to let Ramzi know where he’d taken their son.