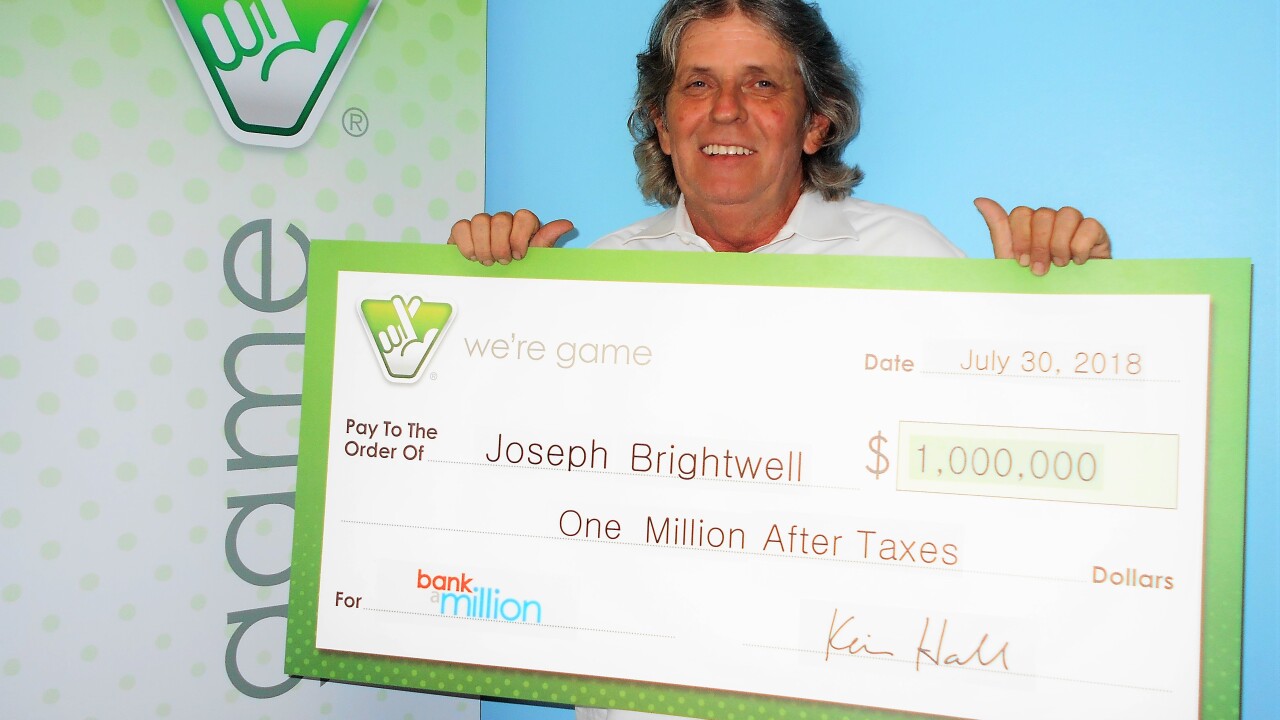 That was Joseph Brightwell’s reaction when he redeemed his “Bank a Million” ticket for the top prize of $1 million after taxes.

He bought his winning ticket at the 7-Eleven at 242 Battlefield Boulevard South in Chesapeake. The store received a $10,000 bonus from the Lottery for selling the winning ticket.

Mr. Brightwell, who is retired from the Navy, said he has no immediate plans for his winnings except to take care of his family.

The top prizes in Bank a Million ($1 million, $500,000 and $250,000) are calculated so that winners receive the prize amount after federal and state tax-withholdings.