After dog’s tragic death on the beach, new signs remind owners of rules for dogs 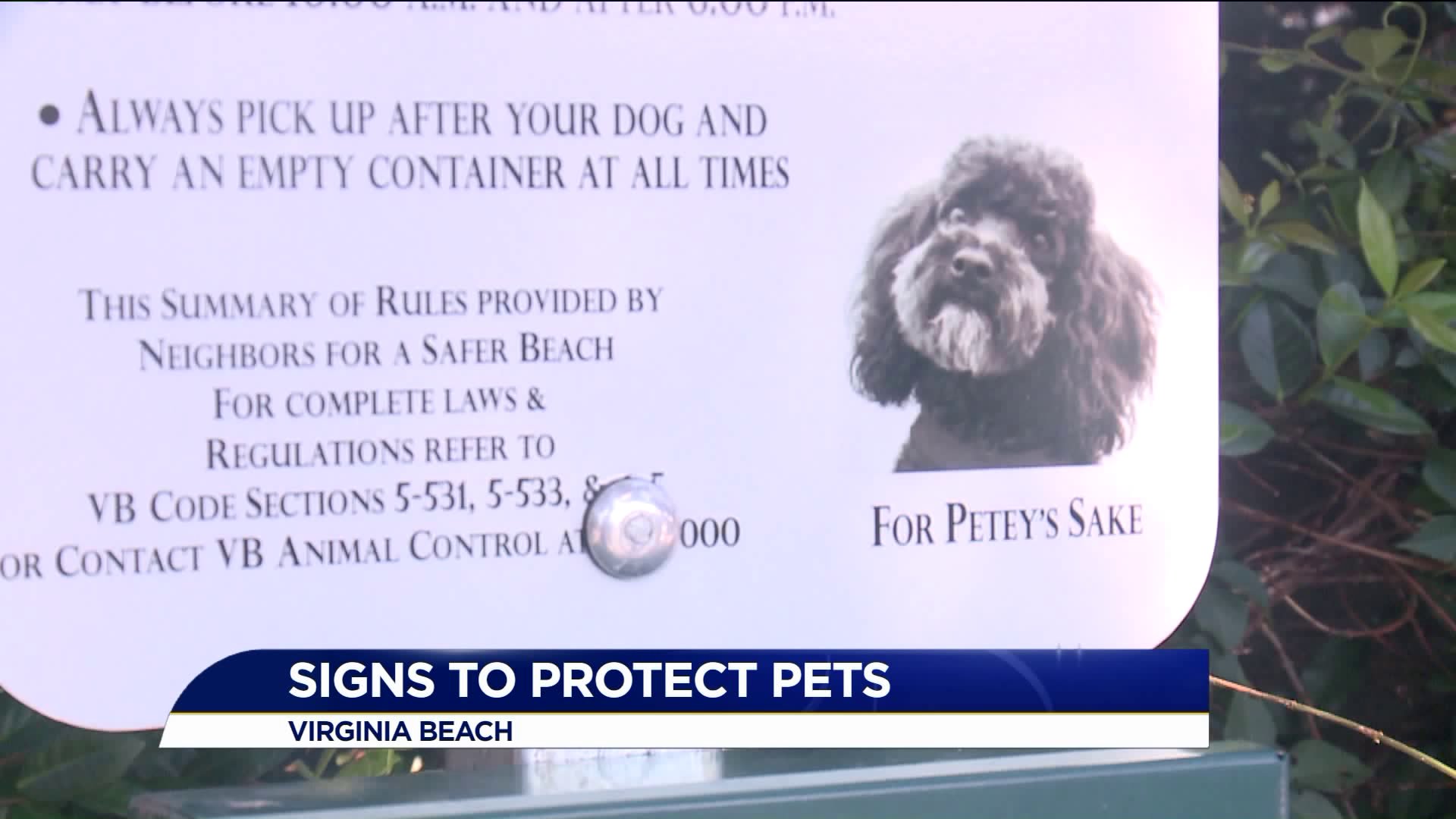 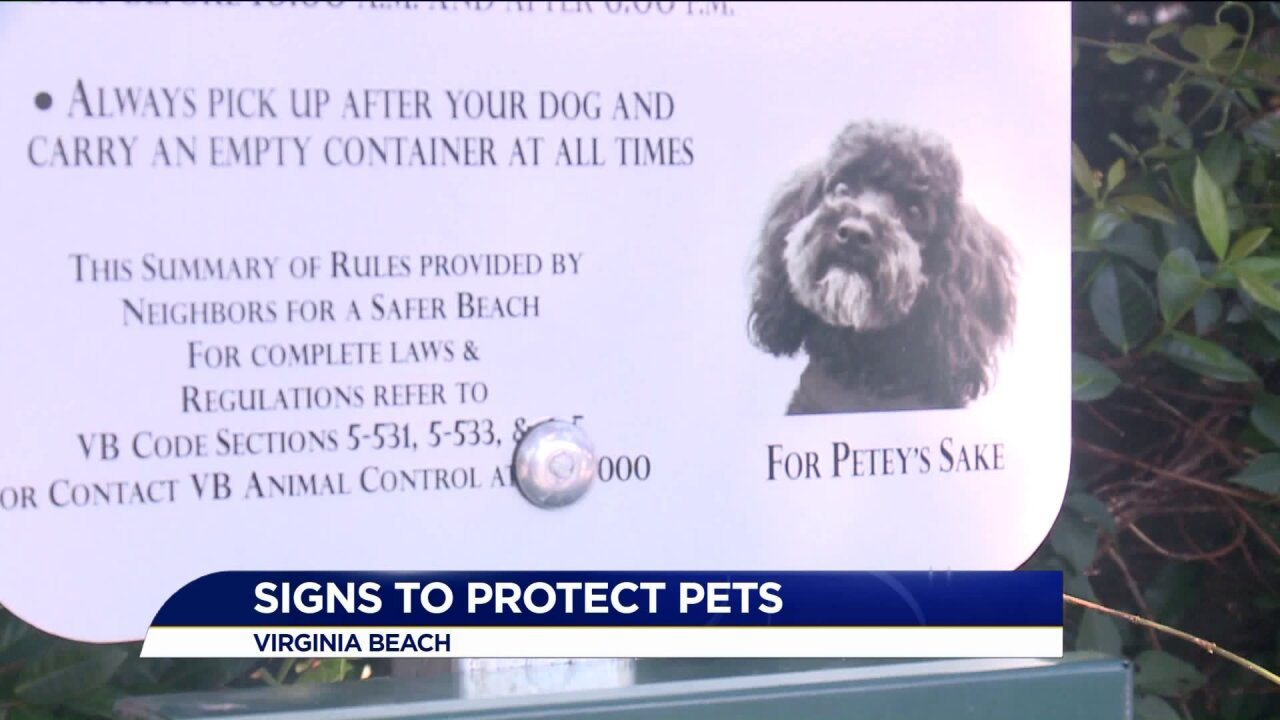 VIRGINIA BEACH, Va. - There are 46 new signs up along the beach access, spanning from 44th to 89th Streets along the North End. In the bottom right hand corner: a photo of Petey, a toy poodle that was killed a few years ago by another dog on the beach.

"Never saw this big dog coming. He just came out of nowhere. He just grabbed him [Petey] by the back of the neck," recalled Glenn Nacey.

It was Christmas Day in 2015, and the weather was warm. Nacey said he decided it was a good day for an afternoon walk. He added the owner of the dog attacking Petey wasn't close by.

"I was on him and knocked him down. Pry his jaws open to get the little guy out," he said.

Unfortunately, Petey died, but the community wanted to make sure he wouldn't be forgotten. Gayle Johnson said the community couldn't believe what had happened to Petey.

"The community response to that was just uproar. You can imagine on Christmas Day to have your dog mauled to death," said Johnson.

So she started the group Neighbors for a Safer Beach and wanted to find ways to make sure everyone would be comfortable at the beach. After working with the city, police and animal control for nearly three years, 46 new signs have been installed by the city.

"Yay, finally!" was the reaction Johnson first had. Then, "and now the work begins."

Johnson said the City of Virginia Beach said the signs are a way to remind dog owners of the current rules. Nothing has changed.

Johnson believes it's up to the community to keep dog owners in check.

"Dog owners must be aware of that and be respectful of other people's rights to enjoy the beach," said Johnson.

Nacey said he never thought he would get another toy poodle, but after a little while, he decided to get Sunny and never looked back. He hopes the new signs will make people aware of what the existing laws are and help people safeguard their small dogs.

"It was a strange feeling to see him 2 1/2 years later out in the public posting like that. Brought back a lot of memories but even though it's cliche, I hope that maybe something good can come out of his death. And other people will be more aware," said Nacey.