‘Skins scoop: Ryan Kerrigan’s dog was a top ‘pee-former’ at his wedding 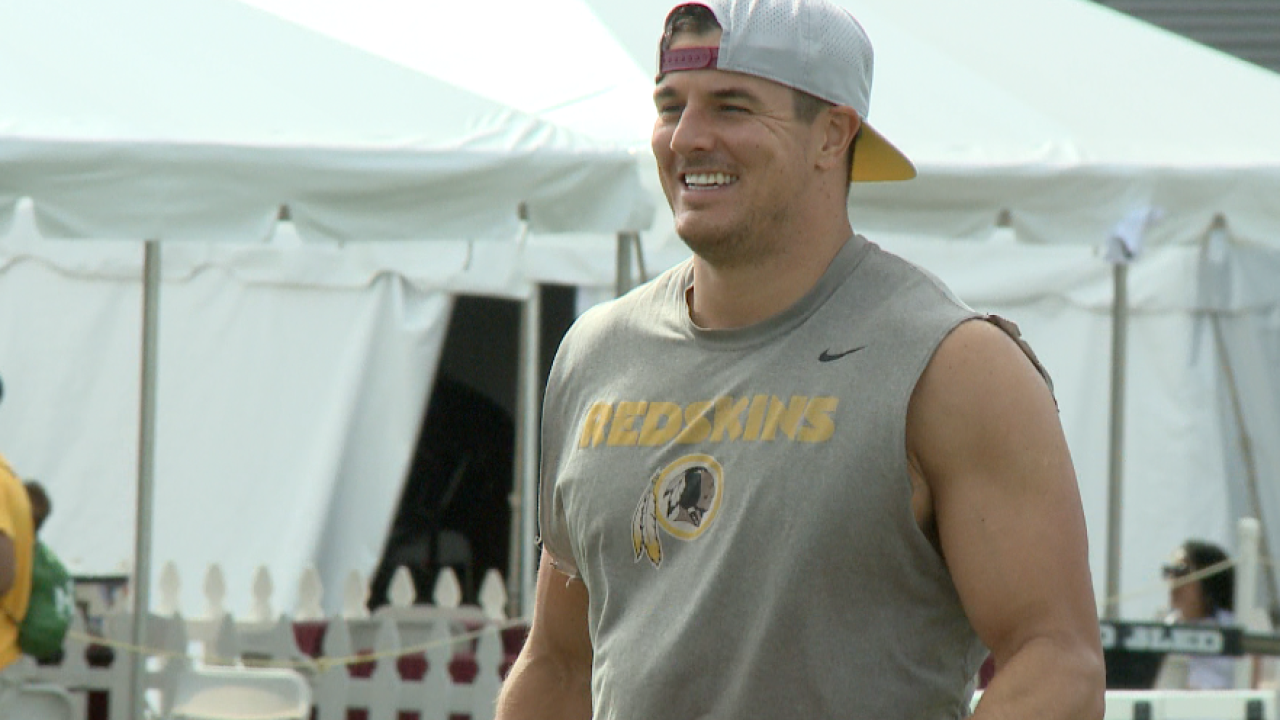 RICHMOND, Va. – As the Washington Redskins continue to groom their players for the 2018 season, one of the ‘Skins stars was groom-ed this offseason.

Pro Bowl linebacker Ryan Kerrigan married his fiancé, Jessica, in March. It looks to be a lovely ceremony.

Just prior to the nuptials, one of Kerrigan’s dogs made a splash. Literally. In the tweet below, Kerrigan tells the story to News 3 Sports Director Adam Winkler.

I'm back at #SkinsCamp after a couple days away for a #wedding. Speaking of weddings…@RyanKerrigan91 got hitched in March. His rockstar dogs (2500+ @instagram followers!) played a role in the ceremony. And George had some pre-nuptial nerves. #HTTRhttps://t.co/bcg345ppnk pic.twitter.com/Wf34V7Q3YS

“So they actually started the whole processional off,” Kerrigan explained of his two pups’ role in his wedding. “I came down and was standing in my place. Right after me: my two boys come down the aisle. They did a good job. George, actually, and I’m not making this up: he stopped and took a pee right in the middle of the aisle. He had all day to pee and he peed right there. So that was lovely. I was just glad it wasn’t number two.”

Kerrigan, the Redskins first-round draft pick in 2011, has started every game for Washington in his seven seasons. He’s been voted to the Pro Bowl each of the past two seasons.