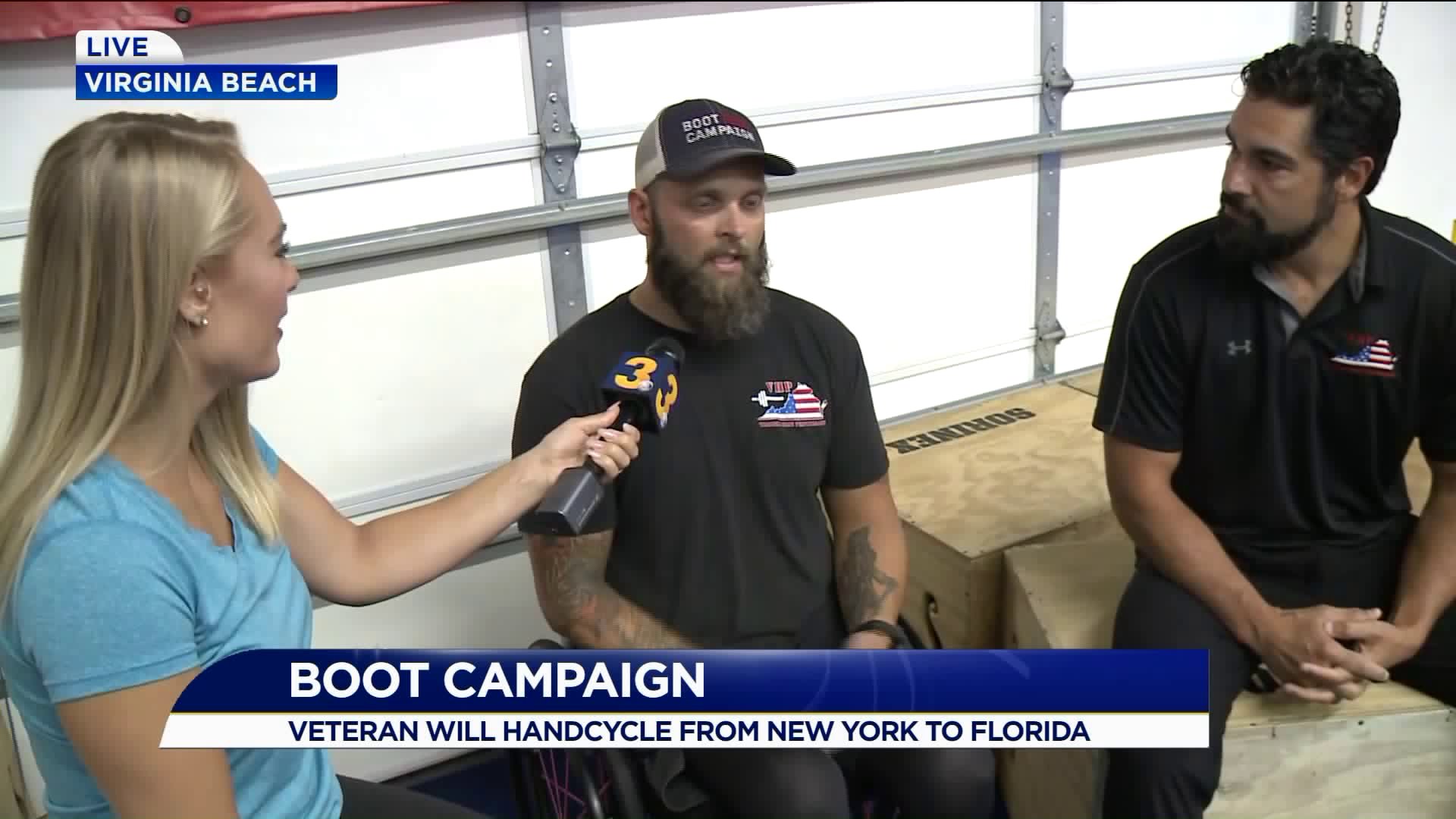 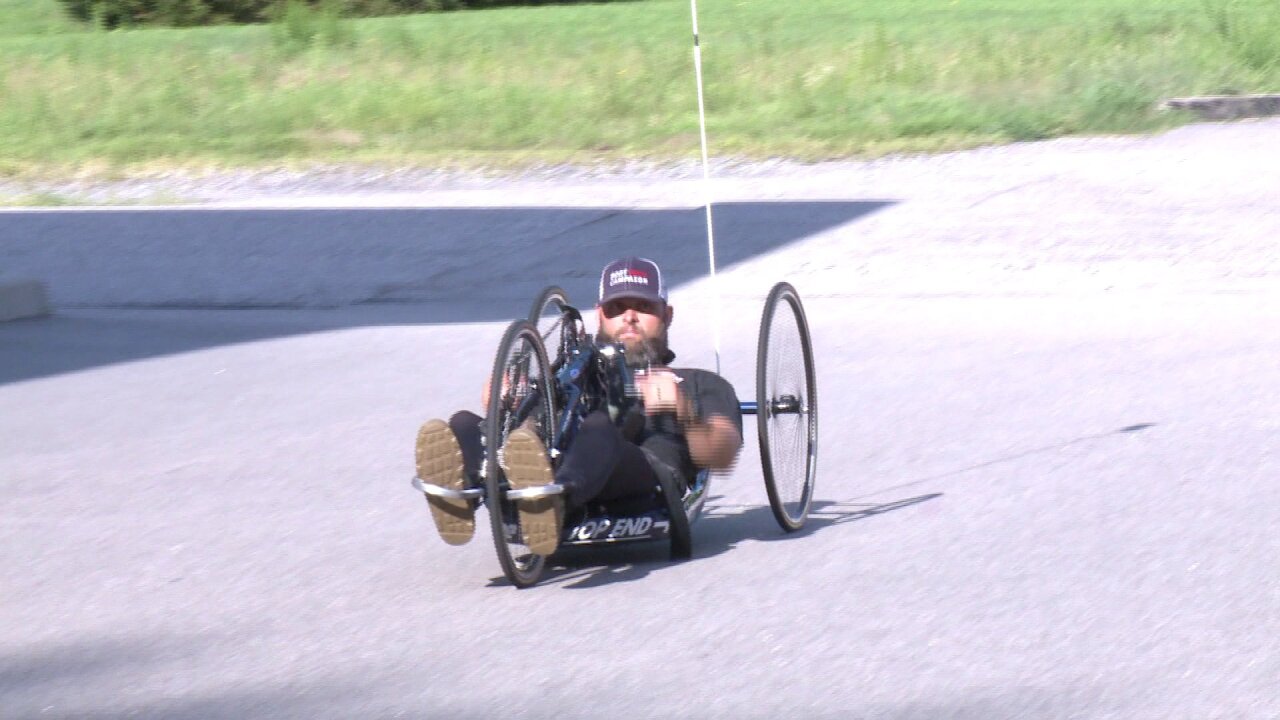 VIRGINIA BEACH Va,- It's called the #Raleyroadtrip and the goal is to raise $150,000 for veterans battling invisible wounds of war.

To prepare, Ricky is training at Virginia High Performance in Virginia Beach for his journey that starts in New York City on August 13.

He will handcycle approximately 130 miles a day for two weeks as he travels to Pinellas Park, FL.

“I lost nine people from my unit to suicide since I’ve been home,” explained Raley. “People are suffering alone, and they think there is no help. My buddy just took his life. He needed to know there is group putting their boots on for him.”

Ricky joined the Indiana Army National Guard in 2004 and his unit, known as the Avengers, conducted more than 200 combat missions and covered more than 250,000 miles in convoy escorts in support of Operation Iraqi Freedom. On one mission, the truck carrying Raley and his teammates tripped an IED (improvised explosive device). Raley, along with two others in the truck at the time of the explosion, sustained mild traumatic brain injuries and were awarded Purple Hearts. In 2009, six months and 17 days after returning from Iraq, Ricky was involved in a near fatal truck accident leaving him paralyzed from the waist down.

As a person who has adapted to losing the use of his legs and has battled invisible wounds of war, he will tell you that the trauma from being paralyzed was nowhere near the isolation he felt from the traumatic brain injury and the mental cognition issues he was having.

Nearly 10 years since his accident, Ricky applied for Boot Campaign’s health and wellness program and kick-started his journey to improved mental and physical capability. He regained use of leg muscles he never thought he could.

Afterwards he felt like he was part of his family again. His eight-year-old son says that his dad's mood has changed and they get to enjoy throwing the football around together again.

He benefited so much from the program that he wanted to pay it forward for other veterans to receive the same care. Thus, the #RaleyRoadTrip was born.

Press release is below. You can see more here.

About the Boot Campaign:

Established in 2011, Boot Campaign is a national non-profit organization dedicated to igniting the inner patriot in all Americans and providing life-improving programs to veterans and active  duty  military  families.  Retail sales of combat boots, apparel and mission-focused merchandise, donations and corporate sponsorships fund efforts to support thousands of military personnel from every generation who have endured significant physical, emotional and circumstantial hardships resulting from their service and sacrifice. To learn more, visit www.bootcampaign.org