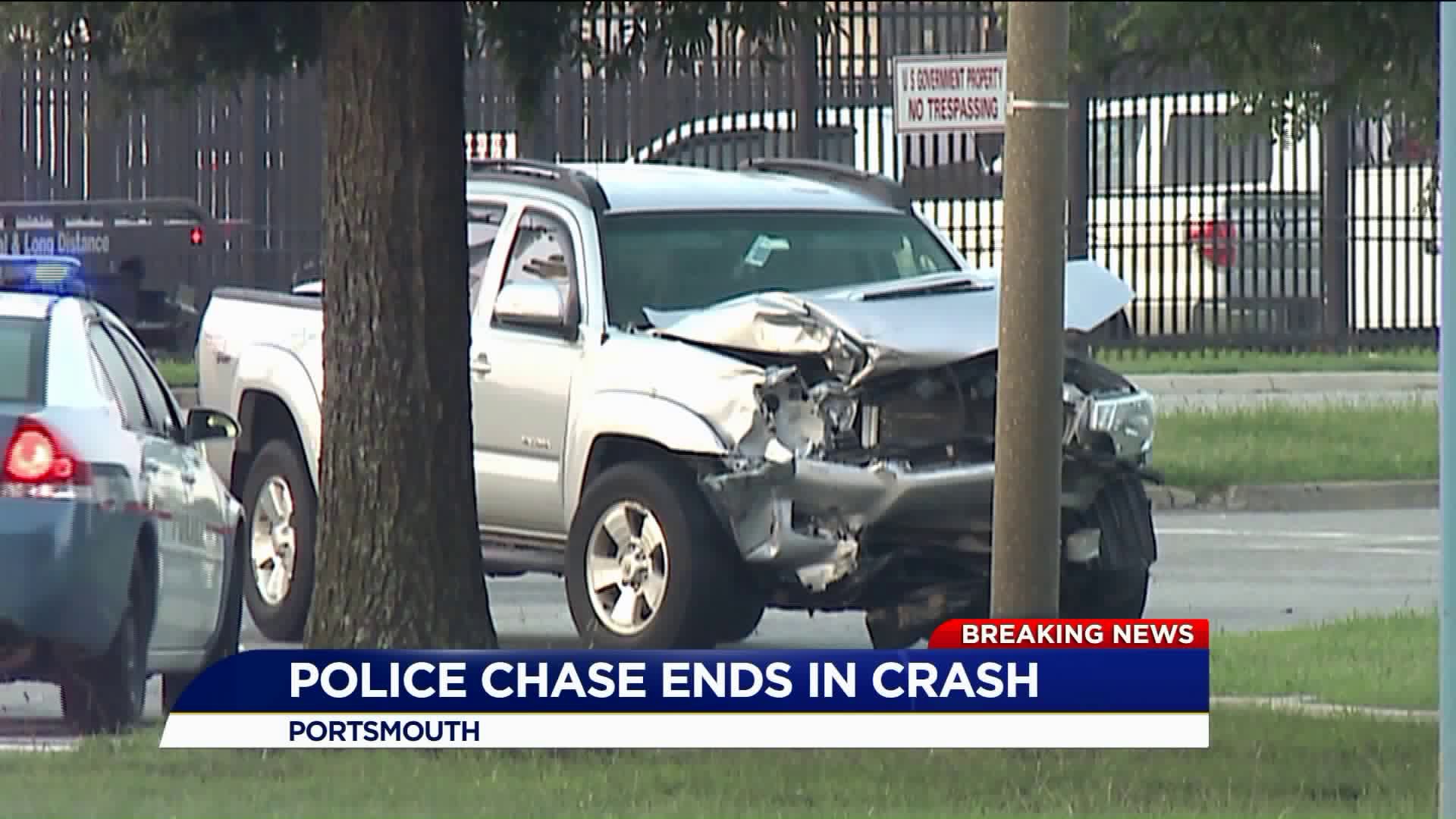 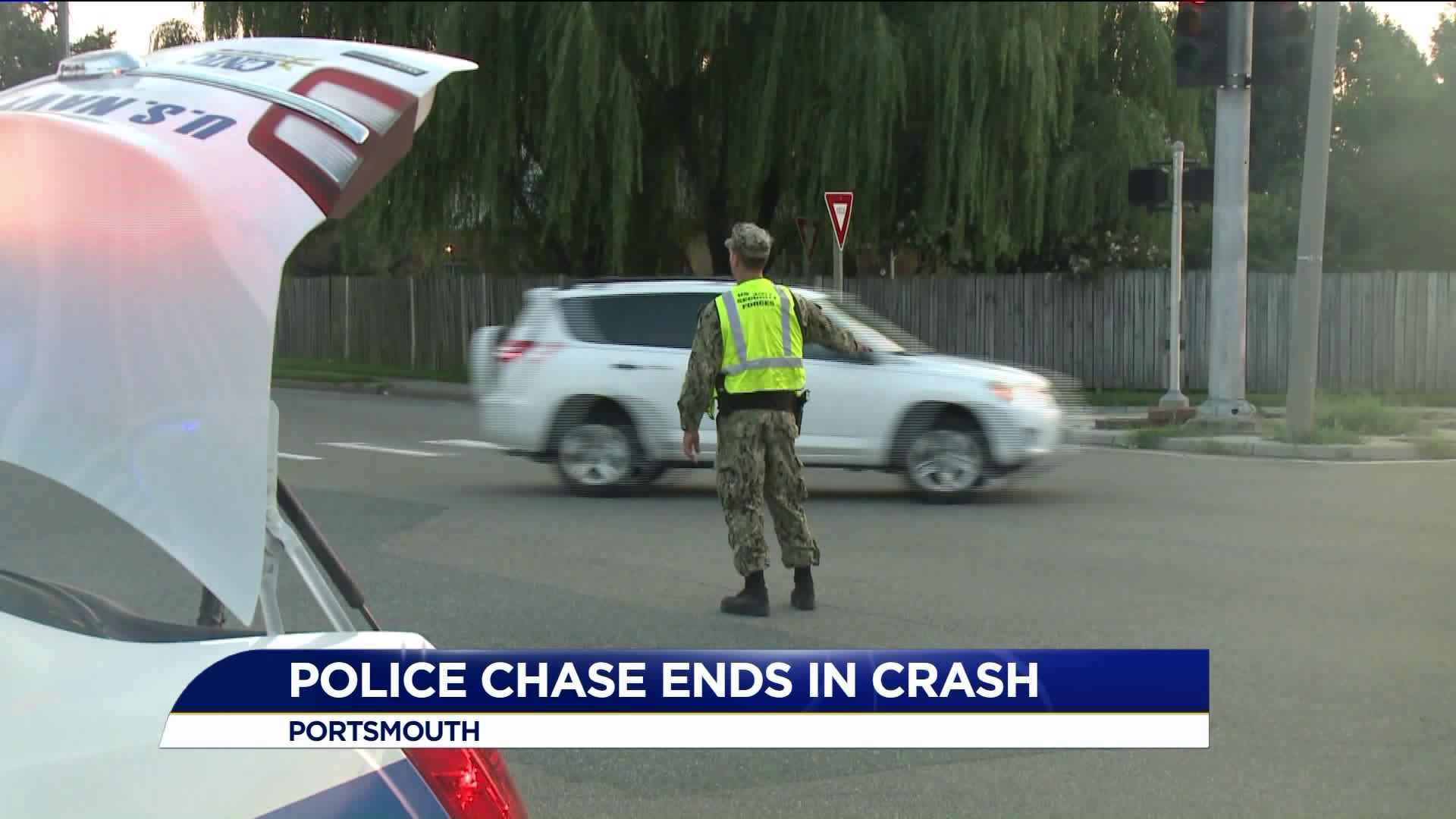 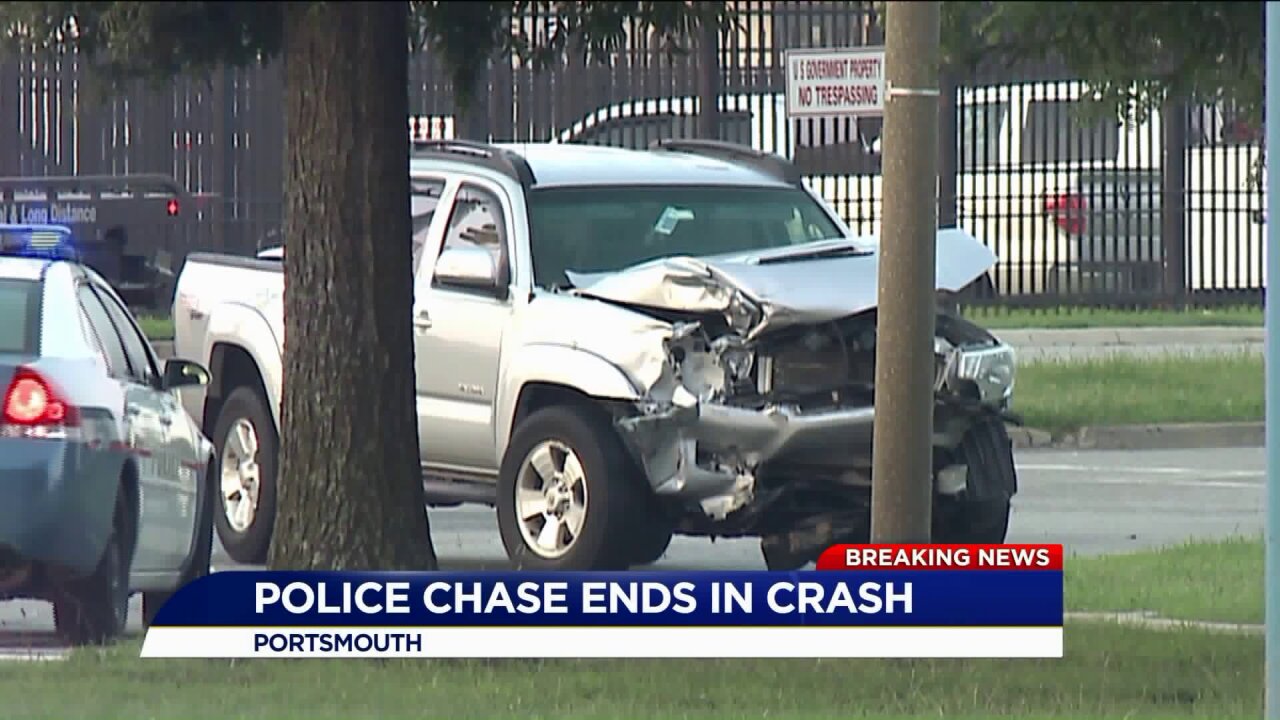 PORTSMOUTH, Va. - An early morning police pursuit ended in a crash at the Norfolk Naval Shipyard in Portsmouth, according to police.

The pursuit originated in Chesapeake at 5:07 a.m. after police responded to the area of Timber Lake Court in the Greenbrier section of the city regarding a suspicious vehicle.

The black Ford pick-up was then located near Volvo Parkway and Battlefield Boulevard.

A high-speed chase ensued into the City of Portsmouth and ended with a crash.

The occupants fled on foot, with two of the five suspects apprehended, including one adult male and one juvenile male.

Officials say the two males who were apprehended were eventually released with no criminal charges because officers could not determine if either one was the driver.

The Portsmouth Police Department was on the scene for a few hours. The initial suspicious activity that drew officers attention to the truck was suspicion of larceny from vehicles.

Police said the black truck was stolen from Suffolk.

This is a developing situation.