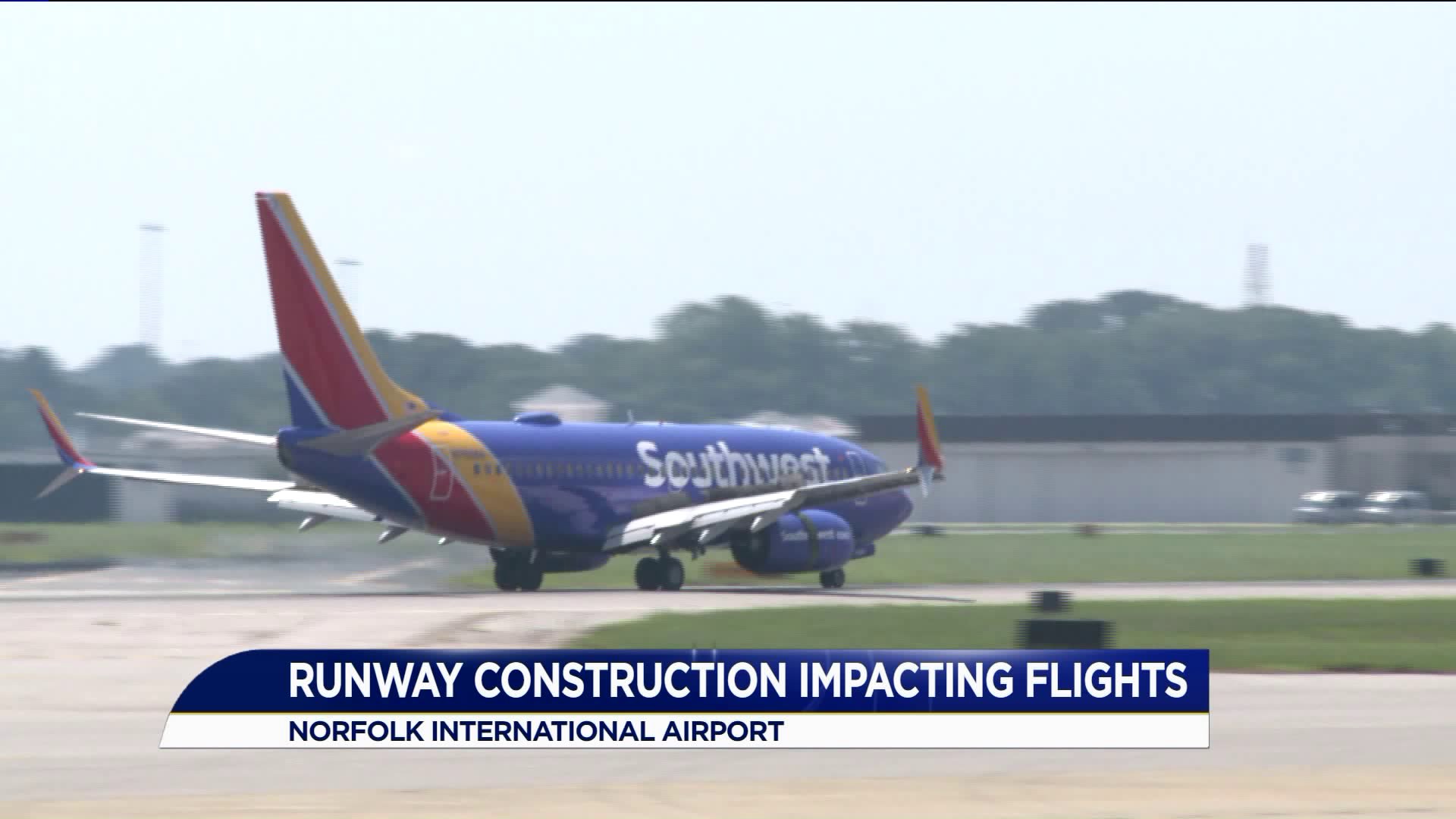 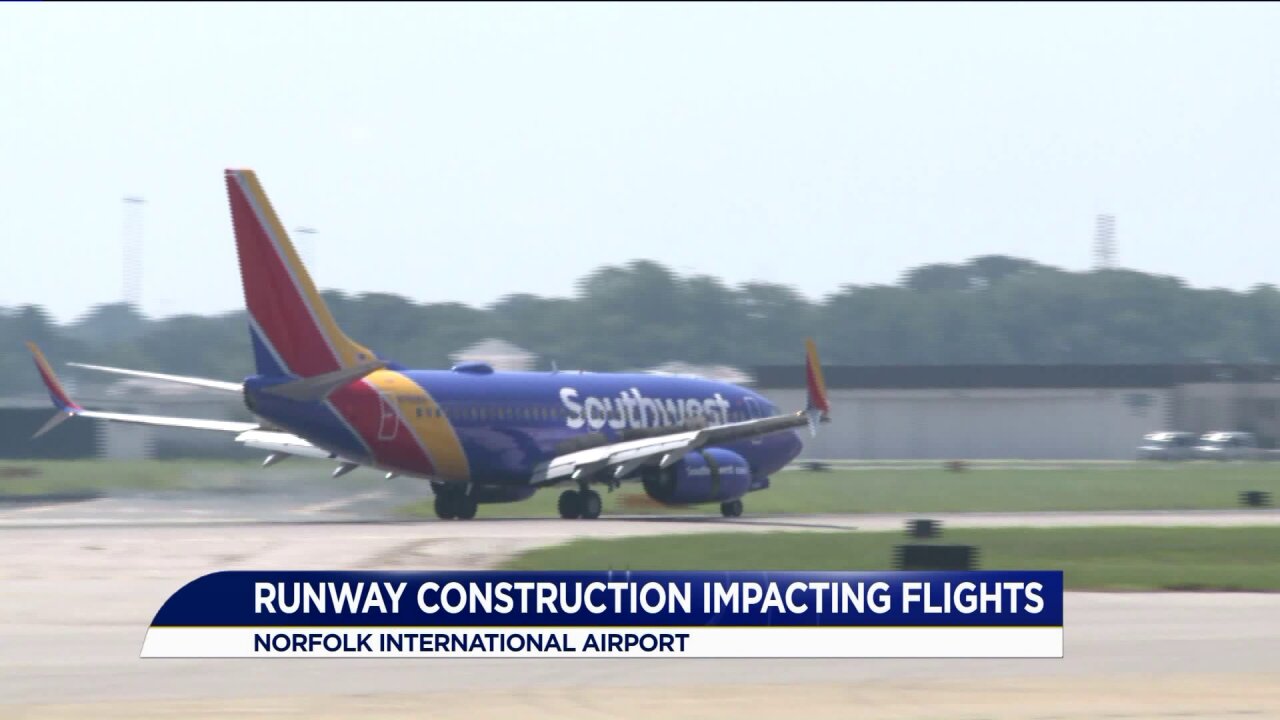 The work will include the replacement of the runway centerline lights and the mill and overlay of the 35' keel section of the 6,000' of the runway.

The airport authority has been coordinating with airlines to accommodate construction crews as they work on the runway.

The project is expected to take 12 weeks to complete, and the nightly closure is a "hard" closure - meaning there will be no exceptions, an airport spokesperson said.

Delayed flights past 12:15 a.m. will have to divert to another airport. The Norfolk Airport Authority said they have been in communication with airlines since 2017 and the airlines have adjusted their schedules.

In addition, pilots are notified by the Notice to Airmen (NOTAM) system.

"With the planning that has taken place in the last year for this, we're hopeful that no flight will have to divert to another airport," the official said.

Here is a list of flights that were affected on Tuesday night:

Click HERE to check the status of your flight.