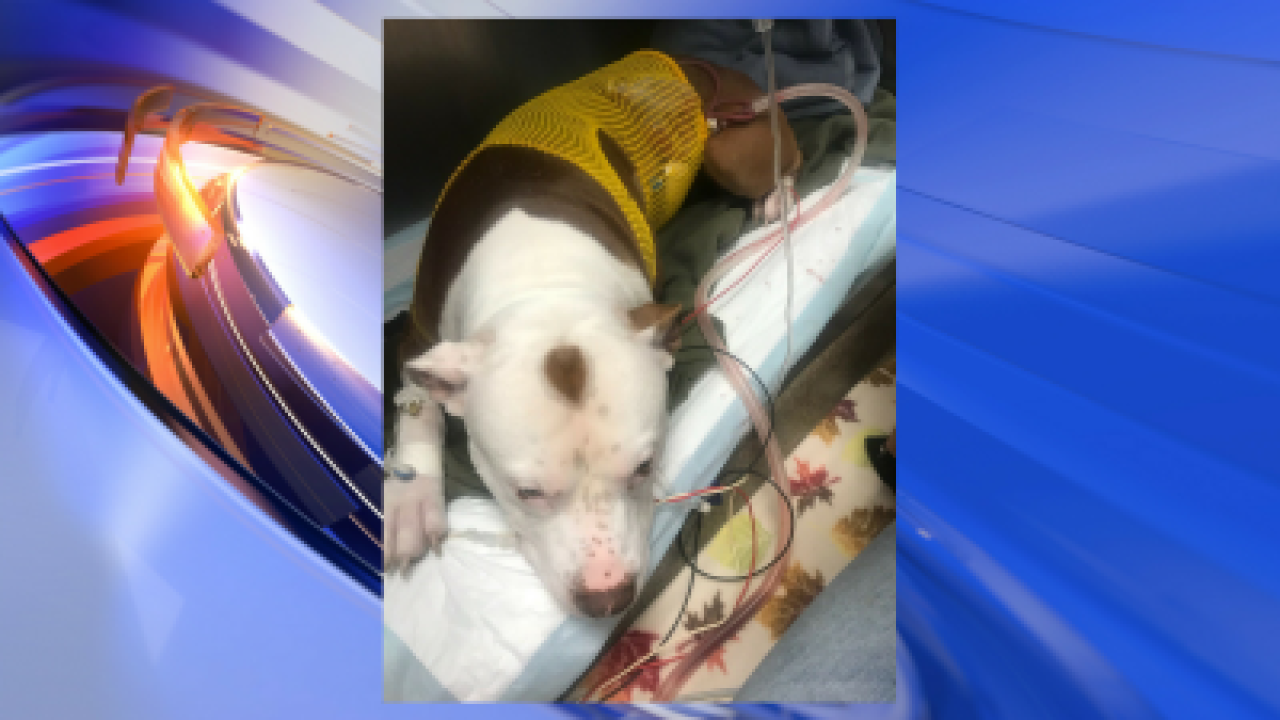 VIRGINIA BEACH, Va. – A Virginia Beach teen was sentenced Tuesday for breaking into the home of a Virginia Beach Police officer and shooting the officer’s dog.

The family’s dog, Zulu, chased suspects out of the home. One of the suspects then shot Zulu.

That suspect was later identified as 18-year-old Dashaun Robinson, who was 17 when the incident happened.

Virginia Beach Circuit Court upheld the ruling on August 6 to transfer the teen to Circuit Court. His case went to the grand jury on August 20, where he was indicted for Burglary and Conspiracy.

The incident happened around 7:30 p.m. on December 17 in the 1700 block of Gravenhurst Drive, near Indian River Road and Lynnhaven Parkway.

Police say that four armed suspects had forced their way into the home of a Virginia Beach Police officer.

The dog did survive the shooting.