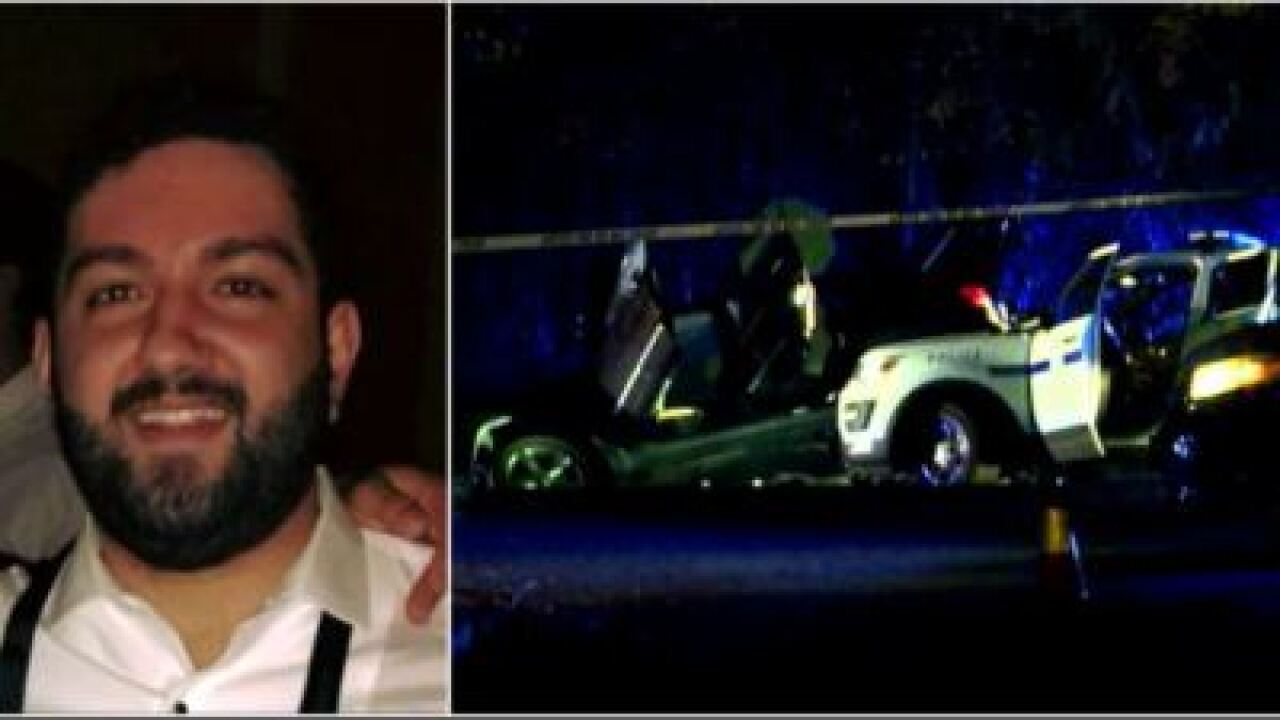 The family of a man who was fatally shot by U.S. Park Police in November 2017 after a vehicle chase in Fairfax, Virginia, filed a wrongful death lawsuit Friday, seeking $25 million in damages.

The suit against the U.S. government and the still-unnamed Park Police officers who killed Bijan Ghaisar, 25, calls the shooting an “egregious, senseless, and unlawful killing of a young man by two out-of-control law enforcement officers.”

CNN called Park Police for comment on the suit and did not get a response.

Park Police fired nine shots into a Jeep Grand Cherokee that Ghaisar was driving in Fairfax County, Virginia, the night of November 17, 2017. The shooting occurred after Ghaisar, an accountant from McLean, Virginia, stopped his vehicle and as officers approached the car.

Ghaisar was unarmed and was shot multiple times in the head and once in the wrist, according to the suit. He died of his wounds 10 days later.

The suit accuses federal officials of failing to release to Ghaisar’s family or the public any details about the circumstances of the shooting. “Everything about this case, from the chase, to the shooting, to the subsequent treatment of the family has been cruel,” the suit states.

The names of the Park Police officers have not been released. Federal authorities, including the FBI, are investigating the case.

In January 2018, police in Fairfax County released dashcam footage of the shooting in a bid for “transparency.” The video, which had not previously been made public, was captured by a Fairfax County police vehicle as a Fairfax officer provided backup to federal police pursuing Ghaisar.

“As a matter of transparency, to all in our community, especially the Ghaisar family, and as the administrative custodian of the video, I am releasing the in-car video of the US Park Police shooting,” Fairfax County Police Chief Edwin Roessler said at the time. No Fairfax County officers discharged their weapons during the incident, Roessler said.

The incident began after another vehicle rear-ended Ghaisar’s Jeep as he drove southbound on the George Washington Memorial Parkway outside Washington, around 7:30 p.m.

According to the collision report obtained by CNN, people in the second vehicle told police that Ghaisar “stopped in the roadway abruptly” before driving away from the scene. The second car suffered front-end damage, the report says, and the driver of that car received a traffic citation.

In Virginia, it’s illegal to leave the scene of a traffic incident where there’s been injury, death, or damage to property.

The suit filed by Ghaisar’s family states there was “negligible” damage and no known injuries in the “minor” accident, so Ghaisar drove away from the scene without exchanging information with the other driver. The driver of the other vehicle called 911, and a short time later a Park Police vehicle began following Ghaisar on the parkway, which is administered by the National Park Service, the suit states.

During the chase, Ghaisar’s vehicle stops three times, and each time, Park Police approach his vehicle with their weapons drawn. The first two times he stops, Ghaisar then drives away and police give chase again.

At no point in the video do the officers appear to be in danger of being hit by Ghaisar’s vehicle.

Ghaisar’s Jeep stops a third time, and again, the Park Police move towards the driver-side window, aiming their guns. The car inches forward and five gunshots are heard. Four more gunshots can be heard before Ghaisar’s vehicle rolls into a ditch.

The lawsuit states Ghaisar drove away the first two times most likely “out of fear of the overly aggressive officers and their brandished weapons.”