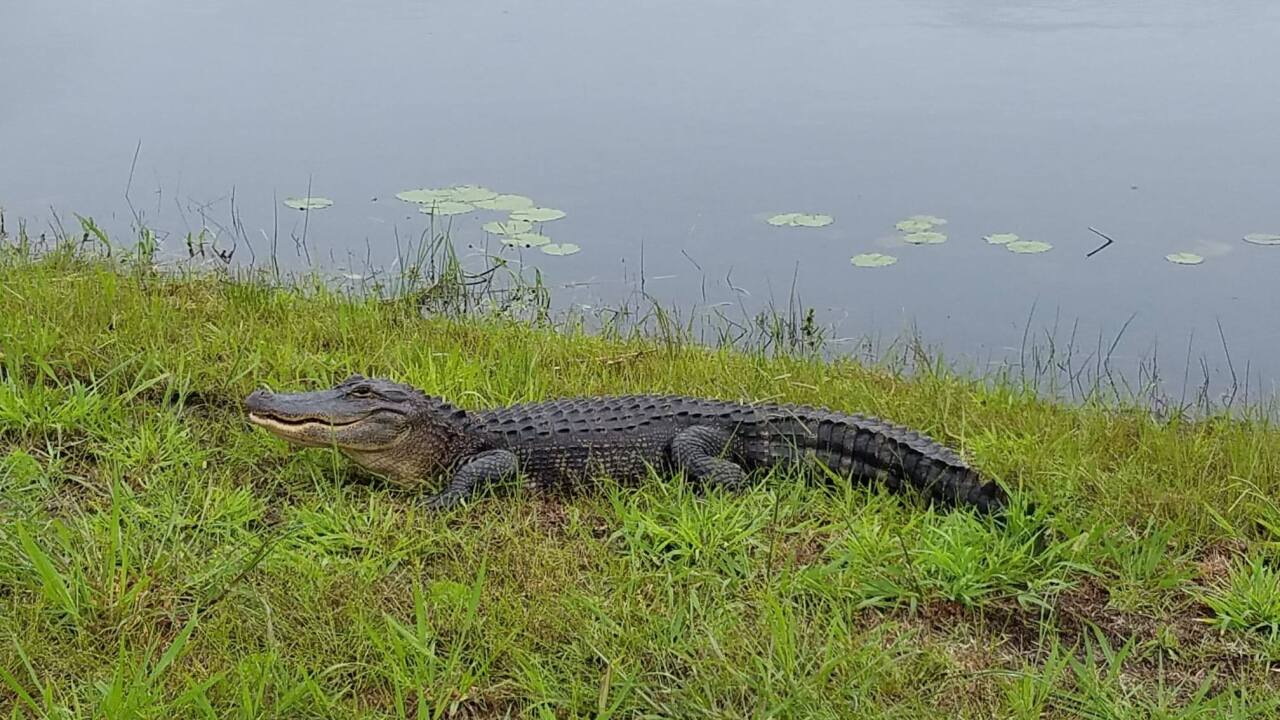 According to Coastal N.C. Alligator Research, an alligator was spotted at the Dare County Bombing Range Tuesday.

The organization said the marking system it uses was clearly visible on the alligator’s tail. The last time the group captured the animal was in 2014!

The last alligator researchers captured was in Swan Lake on the Alligator National Wildlife Refuge. Experts say there is no direct connection between the two locations.