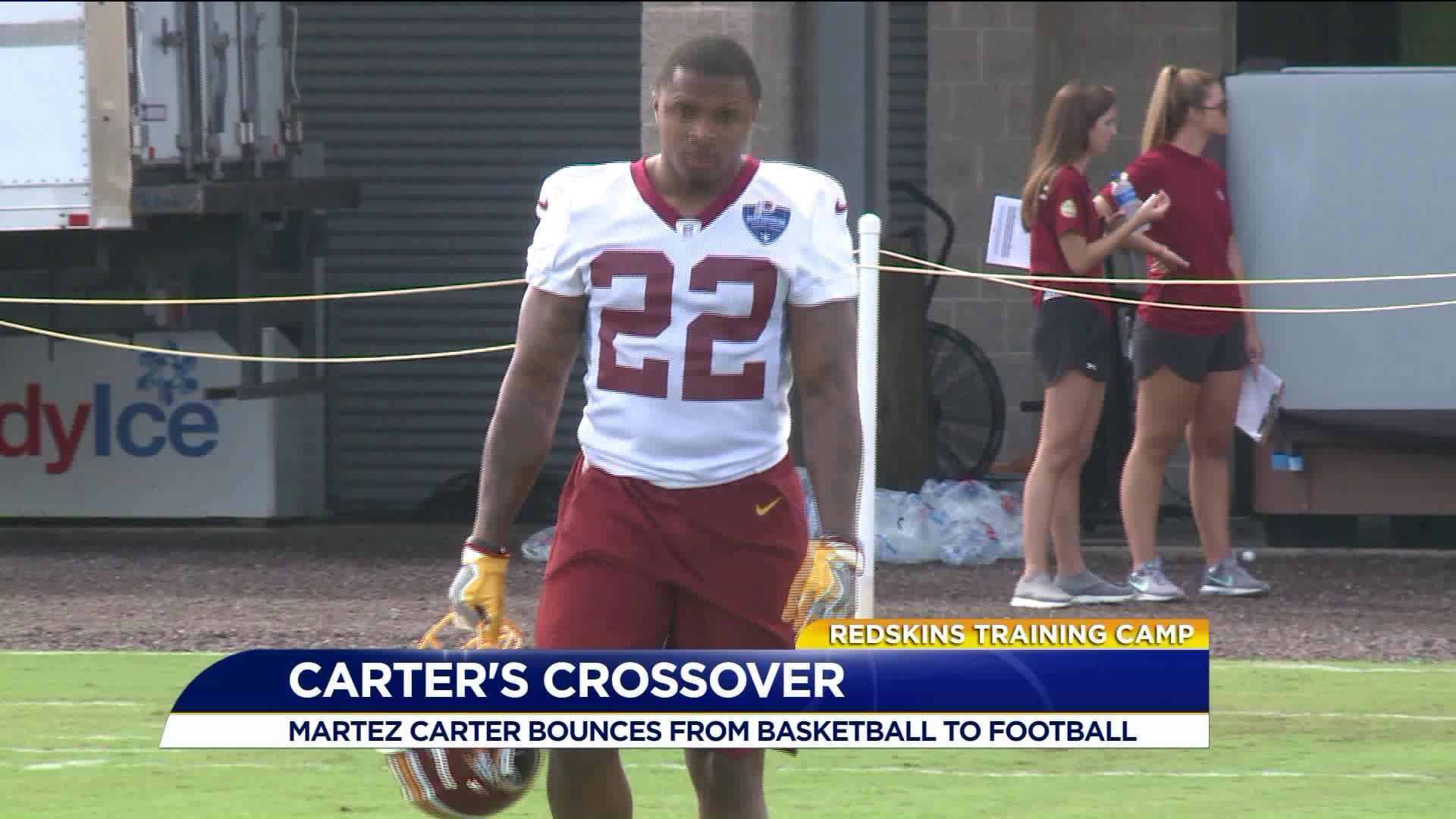 "If i make it, or if i don't make it - nobody can take this process away from me," Carter explained. "I'm enjoying it."

His shot, however - it's more of a jump shot.

"Sometimes I often find myself shuffling instead of cutting and some guys can't adjust to that," Carter said smiling. "I just call it basketball on grass."

From 2011 to 2013, Carter did not play football. Ruled ineligible as a senior in high school, the 5-foot-7 running back shifted from goal-lines to three-point lines. After winning a state title for Richwood High School in Monroe, Louisiana, Carter then played one season of basketball for Wiley College in Northeast Texas.

"All hope was lost, so I took what I had - which was basketball," Carter admitted.

Basketball is also what brought hope back.

Spotted by Grambling State University head football coach Broderick Fobbs - at a basketball game - Carter was offered a spot on Grambling's football team. He took that opportunity and ran with it.

In four years at GSU, Carter rushed for 30 touchdowns and more than 2,700 yards. After going unselected in April's NFL Draft, the Redskins signed him as a rookie free agent. Who made the call? 'Skins Senior Vice President of Player Personnel, Doug Williams - a former Grambling quarterback and head coach.

"It wasn't a favor," Williams said emphatically. "It isn't about a favor, because we're trying to win. Martez Carter deserves to be here. if not here, somewhere else."

"For my phone to ring and for him to say I have an opportunity to play NFL football, it's a once in a lifetime opportunity," Carter said. "So here I am."

Leave it up to the former basketball player to know: you miss 100 percent of the shots you don't take.