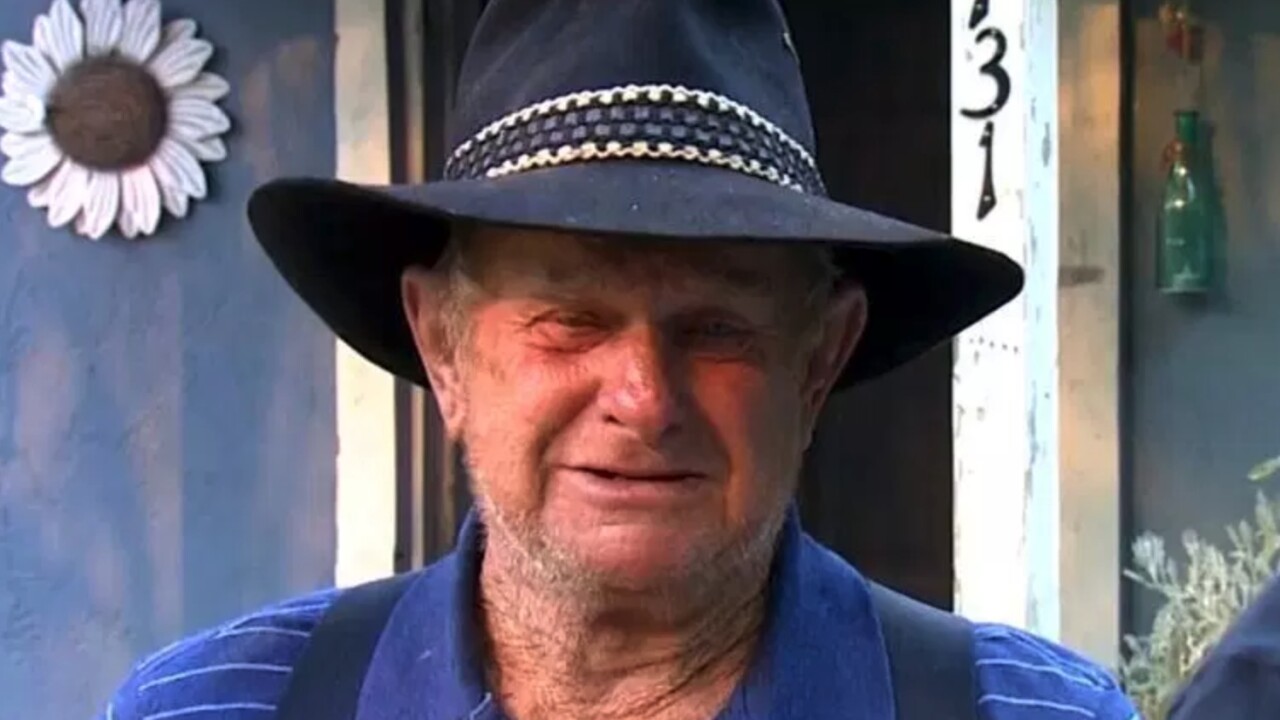 SHASTA COUNTY, Calif. – It only took a little over 15 minutes for Ed Bledsoe to lose three lives that meant the world to him – his wife and their two great-grandchildren.

He had left his home in in Shasta County, California, on Thursday to go to the doctor, he told CNN on Sunday. The Carr Fire had been burning for four days at that point and Bledsoe said he didn’t realize the fire was coming into his neighborhood.

He also said his family was never told to evacuate.

While he was out, his 70-year-old wife, Melody Bledsoe, called and told him she could see the fire and that he needed to come get her and their great-grandchildren, 4-year-old Emily Roberts and 5-year-old James Roberts, who Ed Bledsoe called “Junior.”

“I said ‘I’m on my way.’ So I just throwed down everything and took off,” he said.

Ed Bledsoe said he wasn’t able to use his usual route to get home because of traffic congestion in the fire area, so he left his car and tried to make it home on foot but that, too, was not possible.

“I took off running down there (toward his house) and I helped some guy that got burnt … I got him and helped him out of there and when I got back down there the fire was” – Bledsoe paused, seeming to search for a word to accurately convey the chaos – “the fire was … just intense.

Bledsoe said he got back in his car and sped through an alternate route, passing “everybody in the dirt” but still could not get to his house.

At the same time, his sons also tried to get to the house, he said, and heat and flames were so intense as one son tried “it burned his hair off. It took his breath,” adding that his son’s house was also on fire.

In those final minutes, unable to get to his wife and their great-grandchildren, Bledsoe was able to get through on the phone.

Bledsoe broke into sobs as he described the words that passed between them.

“He just kept saying ‘Grandpa, come and get me,” Bledsoe said, referring to 5-year-old James. “‘The fire’s coming in the back door. C’mon Grandpa.’ I said ‘I’m right down the road.'”

His granddaughter and wife were also on the phone, he said.

“I tried to call them back and it just went to nothing,” Bledsoe said as he wept. “Poor babies and my wife …”

Despite being disconnected by phone, Bledsoe said that at the time he still had hope his family was alive.

He said he was told that the sheriff’s office picked them up and rescued them. He told the fire department he thought his wife and great-grandkids were in the house. Fire officials sent a fire crew in and reported no bodies were found.

A search then commenced for the family.

Fliers were created. The family even created a GoFundMe page because, according to that page, Bledsoe was renting the home and didn’t have insurance.

The day after being told there were no bodies in the home, a relative who’s a firefighter told the department they needed to search the rubble again. That’s when the bodies were found.

Bledsoe’s wife had wrapped the kids and herself in wet blankets as the fire drew near.

“I would’ve liked to have went in there and died with them,” Bledsoe said.

Bledsoe said even though the family was not told to evacuate, he feels more guilty than angry.

“I can’t blame it on nobody but me. I shouldn’t have left my family in harm’s way.”

Bledsoe and his wife had raised the two great-grandchildren since birth.

“I raised them, took care of them and taught them everything they know. Me and Grandma,” he said, referring to his wife.

Bledsoe said his wife, Melody, “was the best wife a guy could have. They didn’t make them no better.”

He said when the couple first got together, she had about $24,000 in the bank. A child in their neighborhood needed surgery, but the child’s family did not have the finances so Melody wrote a check to the family for the child to get the surgery.

“That’s what kind of woman she was,” he said.

Family friend Jason Decker told CNN affiliate KGO that 4-year-old Emily loved to play with other children in the area and “lit up the room.”

Decker said 5-year-old James, idolized his great-grandfather and wanted to wear suspenders just like him.

In his great-grandson’s last moments speaking to him on the phone, Bledsoe said he “sounded happy because he was talking to me and he knew Grandpa was coming to help him.”

As of Sunday, the Carr Fire had burned through 95,368 acres since it began on Monday and was 17 percent contained, according to the California Department of Forestry and Fire Protection, known as Cal Fire.