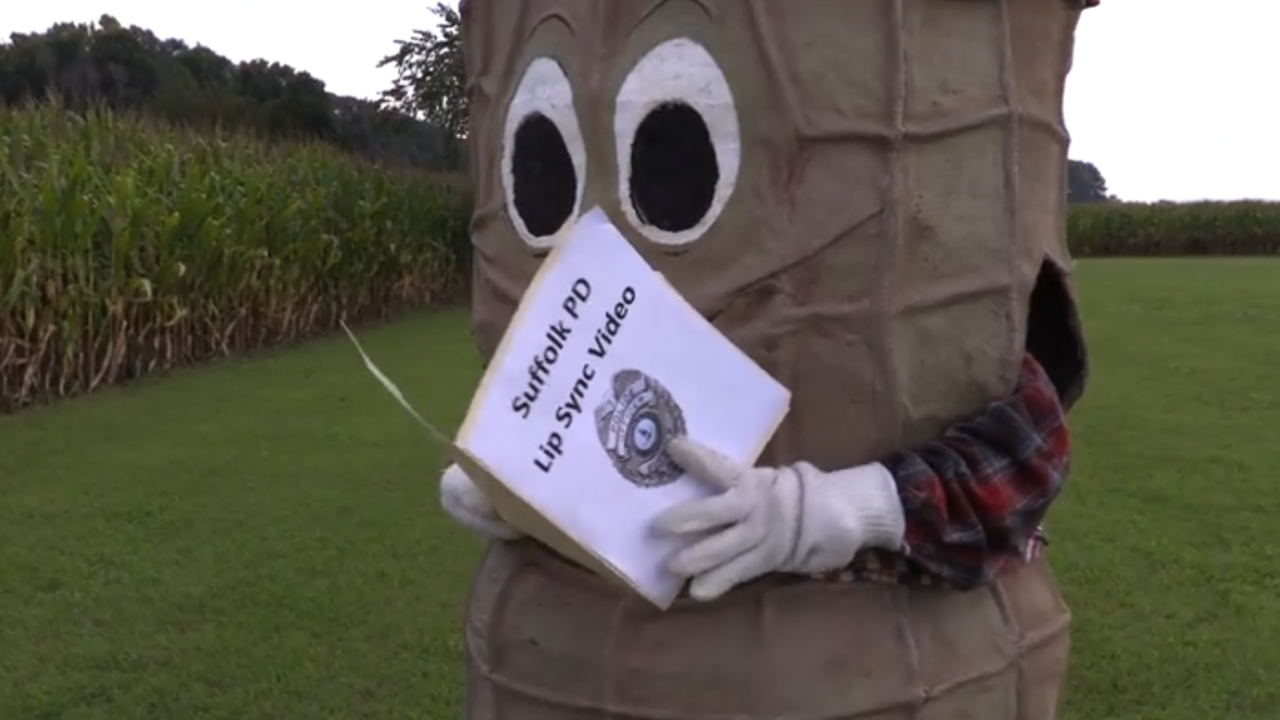 SUFFOLK, Va. – From the looks of it, the Suffolk Police Department’s lip sync challenge video is about to be nuts.

Peanuts, to be exact.

On Friday, the department dropped the teaser to build anticipation for the release of their foray into the lip sync battle arena.

In the teaser, a giant peanut in the middle of a large field “somewhere in Suffolk” is seen reading a classified file of the department’s plans for the video.

The song – which may likely be DJ Kool’s 1996 party jam “Let Me Clear My Throat” or any one of the original songs it samples – plays and the peanut starts to dance.

Two police officers drive up in a squad car and run up to the peanut, waving their hands in the air like they just don’t care.

The department announced they’d be filming their video at Bennett’s Creek Park at the TGIF Summer Concert Friday night. They called on those in the community to join in on the fun.

We can’t wait to see what they come up with!