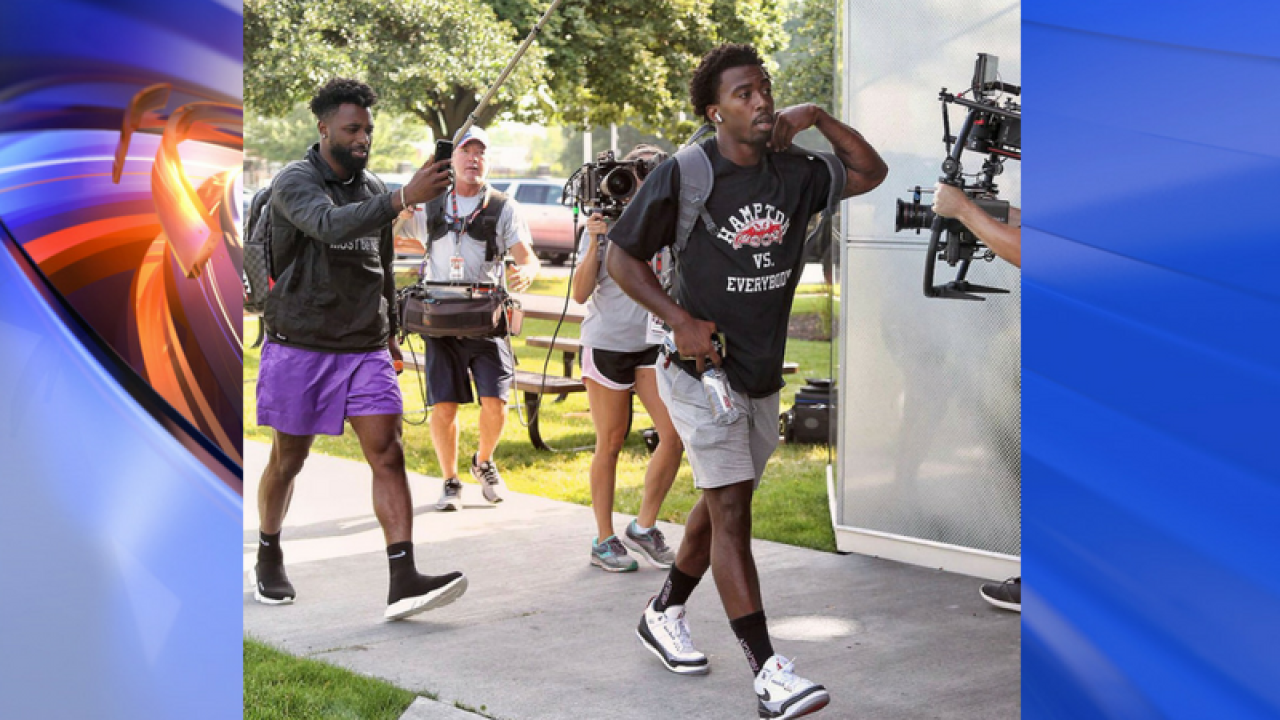 CLEVELAND, Ohio – Tyrod Taylor certainly hasn’t forgotten where he came from, which was evident in his “Hampton vs. Everybody” T-shirt that he wore to start training camp with the Cleveland Browns on Thursday.

Taylor, who is a Hampton native and a former Virginia Tech quarterback, is heading into his first season as a QB for the Browns after spending the last three seasons with the Buffalo Bills.

The 6’1, 215 pound Taylor graduated from Hampton High School in 2007. He said in his post on Twitter, “First day of school… now let’s rewrite the story.”

The Browns have only won once over last two seasons and Taylor is hoping that his addition to the team will help Cleveland have more consistent QB play, which is something the franchise has lacked.

While Taylor will be the veteran signal caller on the roster, he will also have to compete against former Heisman Trophy winner and Oklahoma Sooner standout, Baker Mayfield, who was selected with the first pick in the 2018 NFL Draft by the Browns.