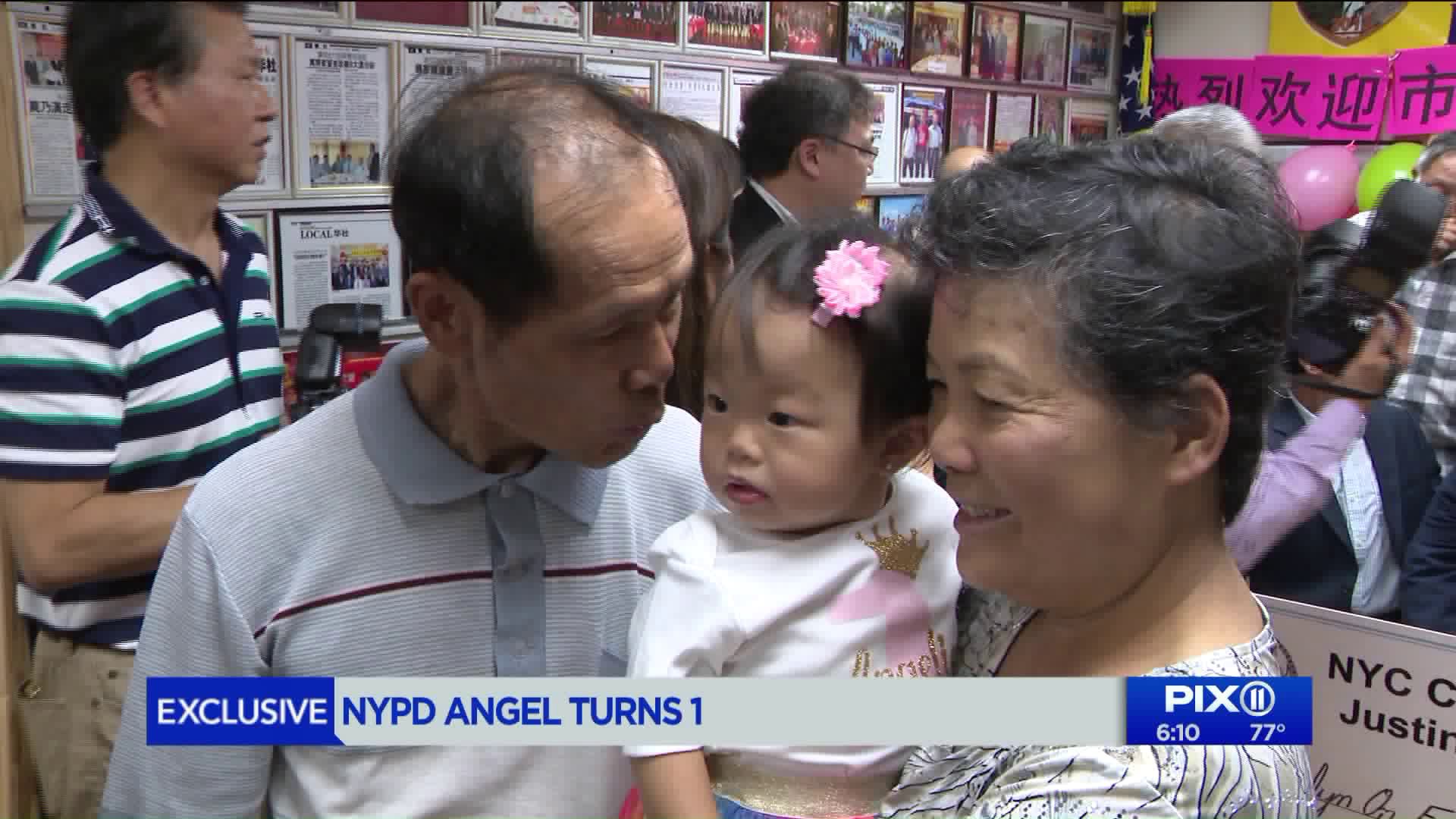 NEW YORK — The sparkle could be seen coming into Wei Tang Liu’s eyes when he proudly carried his granddaughter Angelina into a party for the baby's first birthday.

The little girl was wearing a rainbow skirt and special shirt with the number 1 written in pink, topped by a princess crown in gold.

“My granddaughter has made us very happy,” Liu said in Chinese to photographers gathered at the Brooklyn On Fun Association, which held a celebration for Angelina and her family. “I thank everyone for continuing to watch over my granddaughter.”

When her father Detective Wenjian Liu was killed in the line of duty in December 2014 with his partner Rafael Ramos, Liu’s widow asked doctors at the hospital if they could preserve Liu’s sperm.

Wenjian was the only child of her in-laws, Wei Tang Liu and his wife Xiu Yan Liu. A grandchild would represent hope — and Wenjian’s everlasting love.

Two and a half years later, Pei Xia Chen started the painful process of in vitro fertilization, getting daily shots and hoping her eggs would get fertilized in the lab before they were implanted into her uterus.

The procedure worked the first time.

“I believe my husband watched out for me,” Chen told WPIX in June.

Angelina was starting to stand up then and make her first efforts at walking.

On Wednesday, the baby was passed around for cuddles at the party in Sunset Park, Brooklyn.

“We are real happy to have this party. We came from the same country and the same area (in China) as Wenjian," Sunny Mui, president of the Brooklyn On Fun Association, said.

Angelina’s mother was beaming and told WPIX that the baby "has turned our life around and she’s our everything to us.”

The association presented birthday gifts to Angelina and a beautiful cake, with everyone in the room breaking into “Happy Birthday”.

And right on cue, 1-year-old Angelina smiled as her mom helped her cut the cake with a plastic knife.