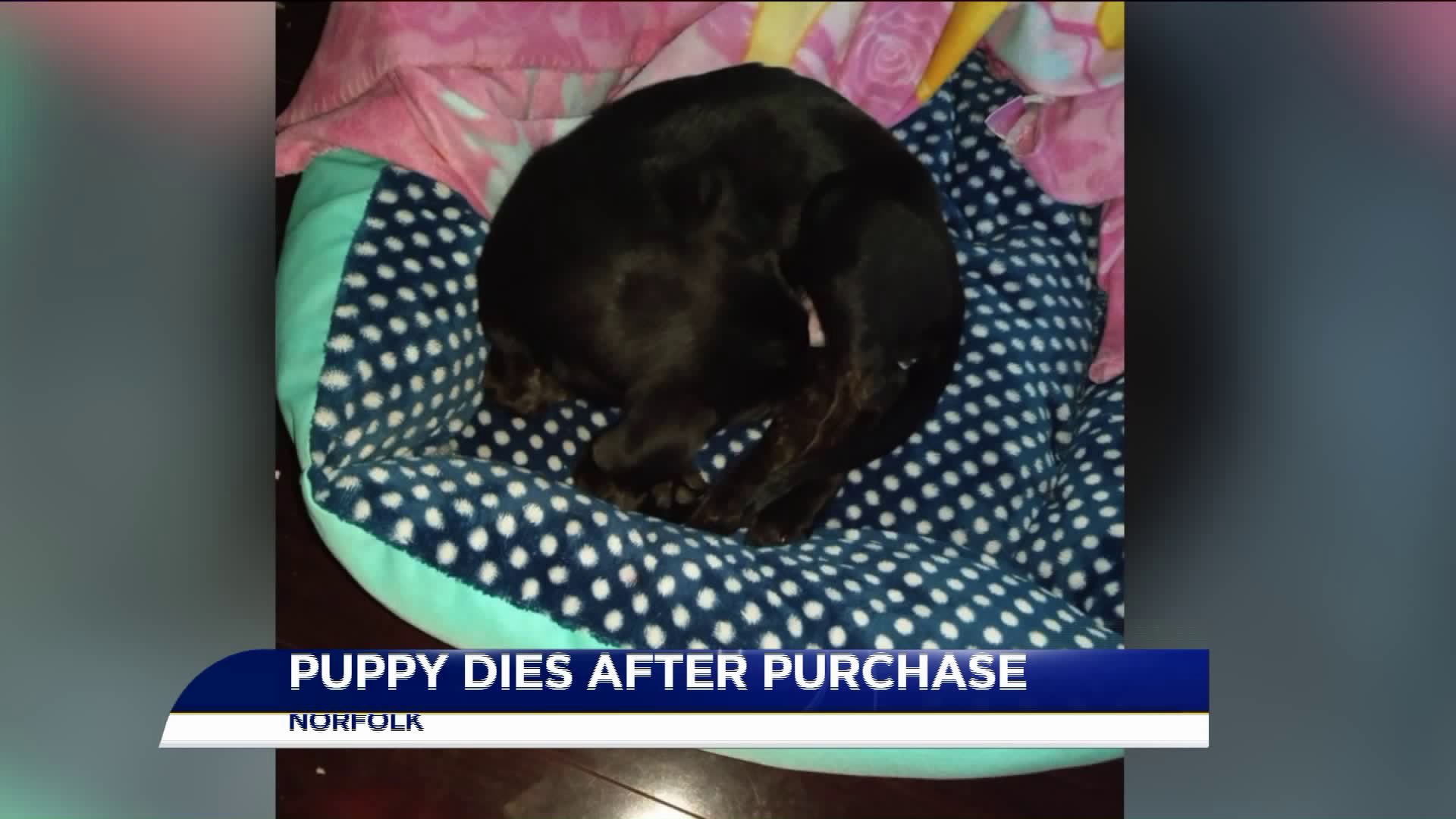 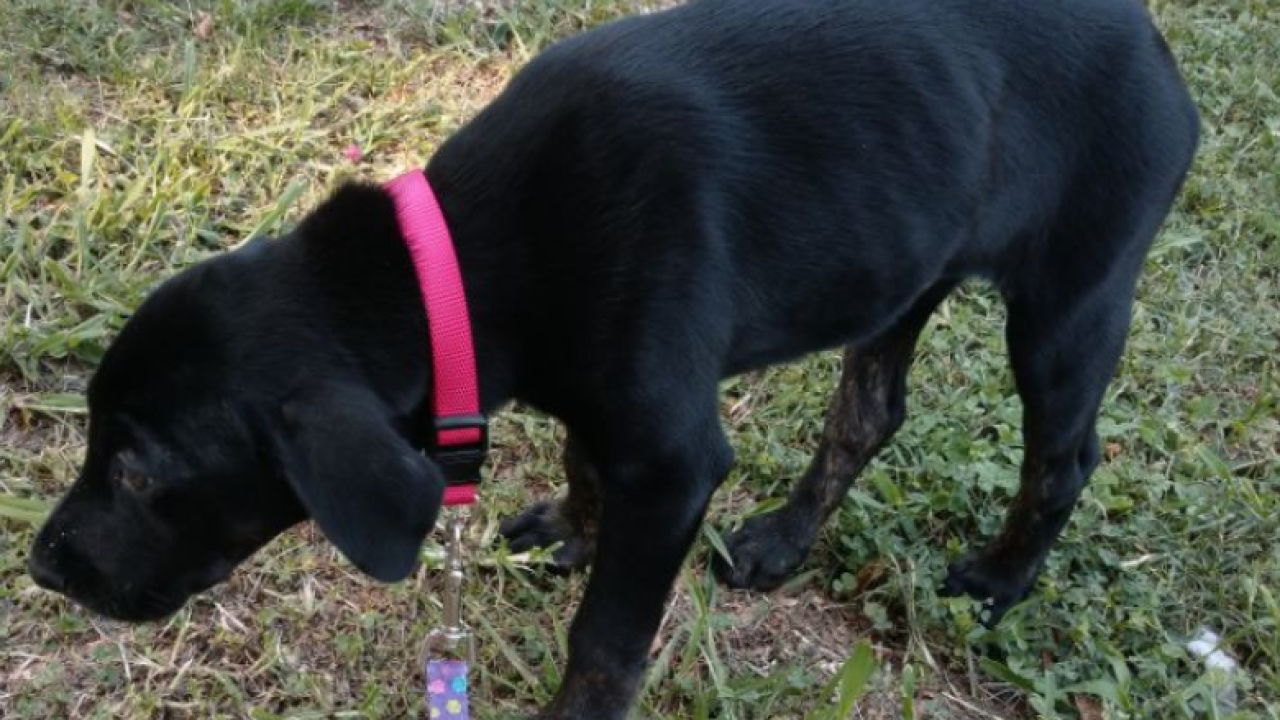 NORFOLK, Va. - One Norfolk deputy said sick puppies are being sold to people in Virginia and Maryland, and she wants it to end.

Deputy Jennifer Innocent is now taking action to help others after her new puppy died shortly after she bought it.

About two weeks ago, it was a happy day for the Innocent family.

They were picking out a nine-week-old Lab Shepherd mix to adopt.

They found a woman on Craigslist who brought three dogs to choose from. They selected one they called Poppy.

She said they paid $300 and were told the puppy had all the appropriate shots, but almost instantly Poppy was violently ill.

“I feel terrible. It was the worst thing to watch,” said Innocent. “It was traumatizing.”

She said they took Poppy to the vet and spent almost $1,000 in total on the entire ordeal.

“The vet said that his worms were so bad that they had larva in there, which meant he wasn’t dewormed at all,” said Innocent.

She thinks the puppy had parvo, worms and anemia.

They said tried to call the woman who sold them the dog, but she wasn’t responding to them.

That’s when Innocent started her investigation.

She posted ads on Craigslist looking to see if others bought puppies in the area that were sick.

“All of a sudden I started getting people from Maryland and Virginia messaging me,” said Innocent.

She said the woman gave her a fake name when she sold them the dog.

Innocent searched the internet and said she found the woman who sold her the dog.

She said she is aware of at least seven cases involving the same woman and said although some people reported having different breeds, they all told the same story.

They said their puppies also got sick and they tried to call the woman but again, she did not respond.

“The majority of them have dead puppies,” said Innocent.

News 3 sat down with Dr. Erin Drinkwater from East Beach Veterinary Care and Housecalls in Norfolk.

“These people will prey on you and your heart, and that’s what makes it so hard,” said Dr. Drinkwater.

She suggested adopting a dog from a shelter or reputable agencies, but she said if you’re buying a dog, check out the dog’s parents, get the proper paperwork and do a lot of research.

“Make sure the person breeding the animal cares about where that dog is going and not just taking your money,” said Dr. Drinkwater.

Deputy Innocent said this has been heartbreaking - especially for her kids - and financially stressful.

She wants charges filed and has reached out to several law enforcement agencies throughout Virginia and Maryland.

She said the case is complicated because of the different jurisdictions.

“It’s really not about the money, especially after I found all these other people,” said Innocent. “It’s crazy.”

No charges have been filed.

News 3 have tried to reach out to the woman who sold the puppies but we have not heard back from her.