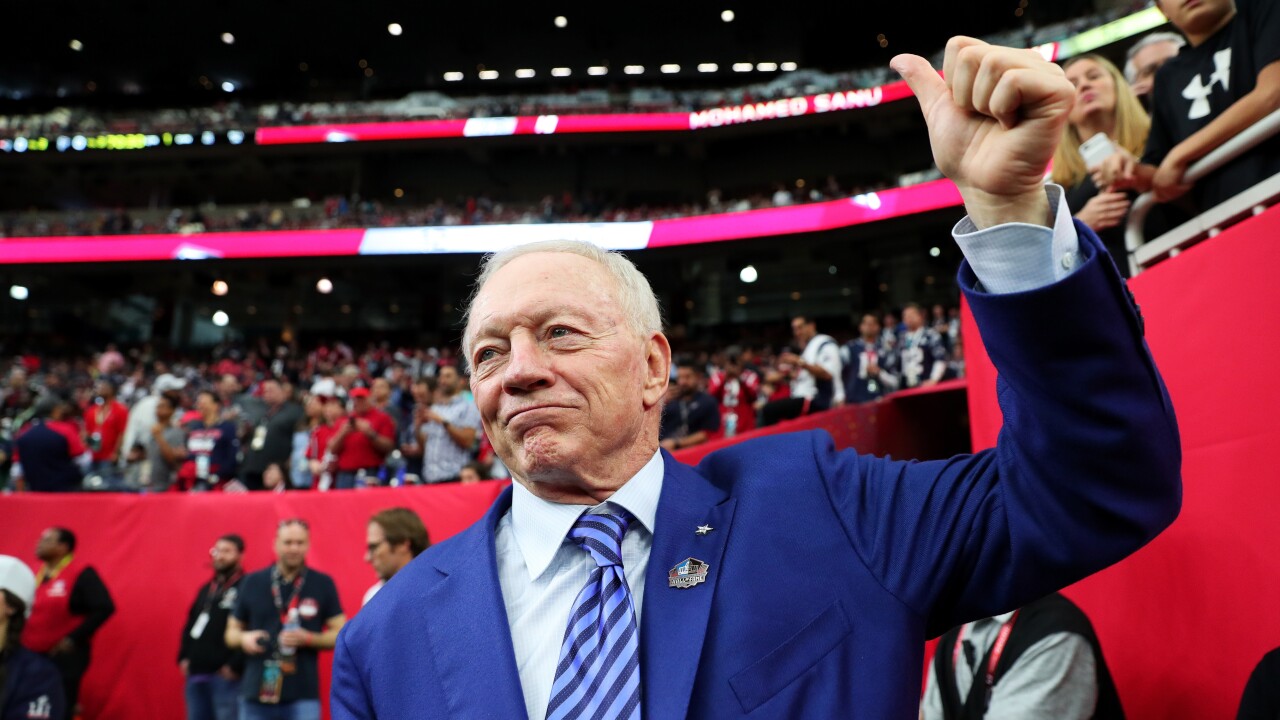 Dallas Cowboys owner Jerry Jones has acknowledged that US President Donald Trump’s comments on the ongoing NFL anthem debate is proving damaging to the league.

“His interest in what we’re doing is problematic from my chair, and I would say in general the owners’ chair,” Jones said at a press conference on Wednesday to mark the start of the Cowboys training camp in Oxnard, California.

“It’s unprecedented if you really think about it. Yes I would like — everybody would like — for it to go away.”

Jones became the second NFL owner this week to weigh in on the matter. Cincinnati Bengals owner Mike Brown said on Tuesday that Trump’s views on the NFL had “worked against” the league.

“I think it stirred the pot,” Brown said to reporters. “It got people looking at it unfavorably, and he has worked that issue for, I suppose, political reasons.”

Trump blasted the NFL on Twitter last week when the league froze its policy mandating that players either stand for the anthem or wait in the locker room, noting the “national anthem debate is alive and well again.”

Although the NFL is ironing out details with the players’ association and won’t have a rule in place “for several weeks,” Jones said his players will stand regardless, and will not have the option of protesting out of sight in the locker room.

“It did not impact our position,” he said. “Our position is very clear in that you should stand.”

Jones, who purchased the team in 1989, said the Cowboys “always had a written policy in place,” though NFL players typically did not take the field for the anthem until 2009.

Though he did not detail how the Cowboys would enforce the anthem policy, last October Jones — who doubles as the team’s general manager — threatened to bench any player who took a knee.

His stance came just a few weeks after he kneeled with entire team before the playing of the anthem at a game in Phoenix, Arizona.

That unifying symbol — echoed in different ways by other owners — was a reaction to Trump calling out protesting players at a rally in September, saying “Get that son of a bitch off the field.”

READ: Where is the European Colin Kaepernick?

Although the anthem protest had quieted down by the end of 2017, NFL ratings reportedly declined by nearly 10% last season.

The figure had owners and sponsors nervous, sparking former Papa John’s CEO John Schnatter to complain in an earnings call that the NFL debate “should have been nipped in the bud a year and a half ago.”

By February, Papa John’s pulled its NFL sponsorship, which had been in place since 2010, but three months later, Schattner admitted to using a racial slur and was on his way out as CEO.

When asked about the Cowboys’ Papa John’s link on Tuesday, Jones noted that the team owned the pizza franchises in Texas and would not be severing its relationship with the company as other sports teams — including the New York Yankees — had.

“Our Cowboys are the big face of Papa John’s,” he said, adding that Schnatter ideally would like a “do over” — a chance to take those words back.

Jones arguably has the most to lose by a decline in NFL ratings. This month the Cowboys were listed by Forbes as the most valuable sports team in the world at $4.8 billion.

The valuation topped those of soccer giants Real Madrid, Barcelona and Manchester United — and was over $1 billion more than five-time Super Bowl champions New England Patriots, valued at $3.7 billion.

Players and league at a ‘Standstill’

Last week the NFL issued a joint statement with the NFLPA saying they had reached a “standstill” on how players are allowed to protest but were engaging in “constructive dialogue.”

The statement followed accusations by the NFLPA that the NFL policy released in May “infringes on players’ rights.”

It also came two days after Tennessee Titans star lineman Jurrell Casey told CNN he would protest on the sideline during the national anthem and pay whatever fine necessary.

“Around the NFL, guys are definitely not happy about it,” Casey said. “I feel it’s not right, I don’t think it was a good decision for the NFL to come up with that ruling.”