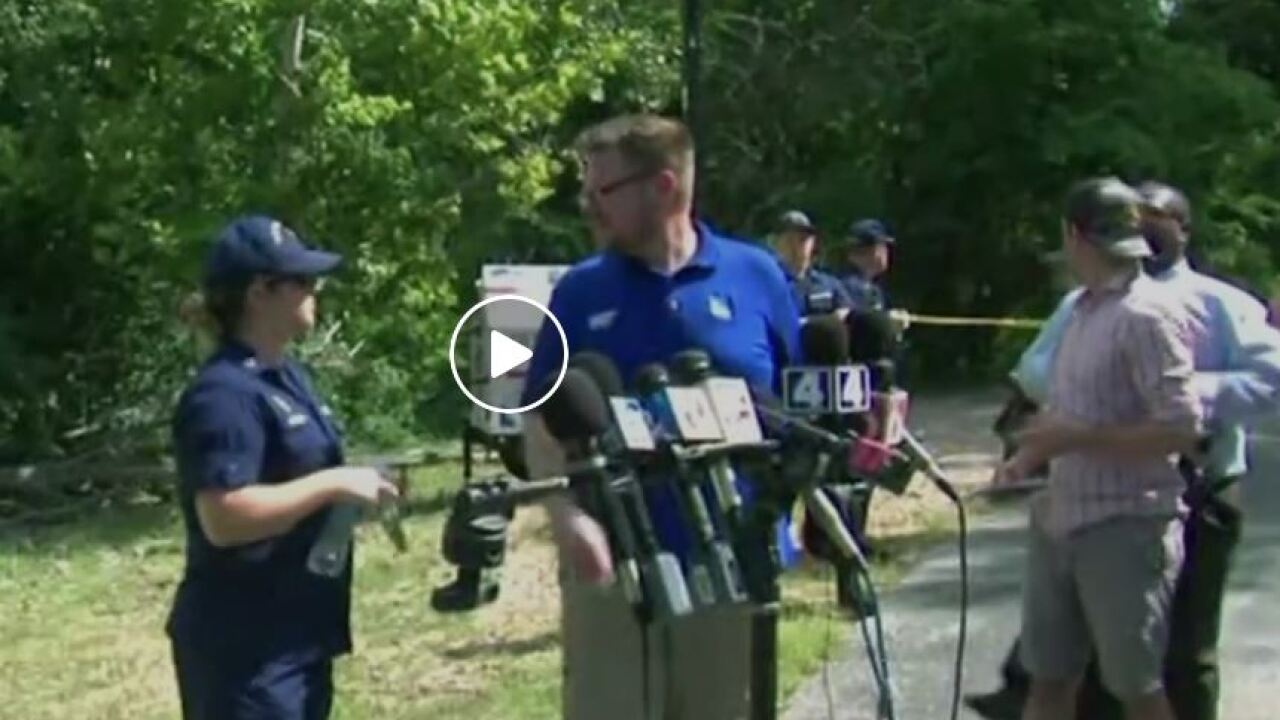 If you get an error message, please refresh the page.

Investigations are underway after a duck boat capsized during a storm in southwestern Missouri last week, leaving 17 people dead.

The Ride the Ducks Branson amphibious vessel had 31 people on board when it set sail Thursday on Table Rock Lake near Branson, Missouri, as a severe thunderstorm whipped up intense winds and waves.

Investigators are looking into questions about the accident, including ones about the weather, life jackets, the boat and the actions of the crew, officials said.

Here’s what we know three days after the accident:

Tia Coleman and 10 of her relatives got on a duck boat to take a tour of Table Rock Lake during their family vacation. Only she and her nephew survived when the boat sank.

Her husband, her three children and five other members of her family died in the accident.

Coleman wept at times as she described trying to help her family and save herself on Saturday.

Coleman said she hit her head as she tried to exit the boat and was later pulled from the water.

Victims weren’t wearing life jackets when they were found

None of the victims who died were wearing life jackets when they were found, a source with knowledge of the investigation told CNN Sunday.

The duck boat contained life jackets, but passengers weren’t required to wear them, according to Stone County Sheriff Doug Rader.

Coleman said the captain mentioned the life jackets before they went on the lake.

“The captain did say something about life jackets. He said, ‘Above you are the life jackets, there are three sizes, but you won’t need them,'” Coleman said Saturday night.

“I felt like, if I was able to get a life jacket I could have saved my babies because they could have at least floated up to the top and somebody could have grabbed them,” Coleman told reporters

The victims ranged in age from 1 to 76 years, authorities said.

The driver of the duck boat, Robert Williams, 73, died in the sinking, said his widow, Judy Williams.

Other victims included Steve Smith, a retired teacher from Osceola, Arkansas, and his teenage son, Lance; William and Janice Bright, a married couple from Higginsville, Missouri; William Asher and his partner, Rosemarie Hamann from Missouri; and Leslie Dennison from Illinois, according to family friends, CNN affiliates and local media reports.

NTSB investigation could take a year to complete

State investigators are looking into whether any criminal acts were committed, while the National Transportation Safety Board is investigating the cause of the sinking. The NTSB investigation could take up to a year to complete.

State investigators are also examining why the vessel changed the route it took that day, Missouri Attorney General Josh Hawley said Saturday. He could not say whether investigators had spoken with the boat’s captain, one of 14 survivors.

On Thursday, the area around Branson was placed under a severe thunderstorm warning shortly after 6:30 p.m. local, about half an hour before the boat sank. Authorities received the first 911 call about the sinking at 7:09 p.m., according to the Stone County sheriff.

The boat sank 40 feet and then rolled to an area 80 feet deep, said Rader.

Ride the Ducks Branson said it was deeply saddened and that the business would be closed “while we support the investigation, and to allow time to grieve for the families and the community.”

“Words cannot convey how profoundly our hearts are breaking,” it said in a statement. “We will continue to do all we can to assist the families who were involved and the authorities as they continue with the search and rescue.”