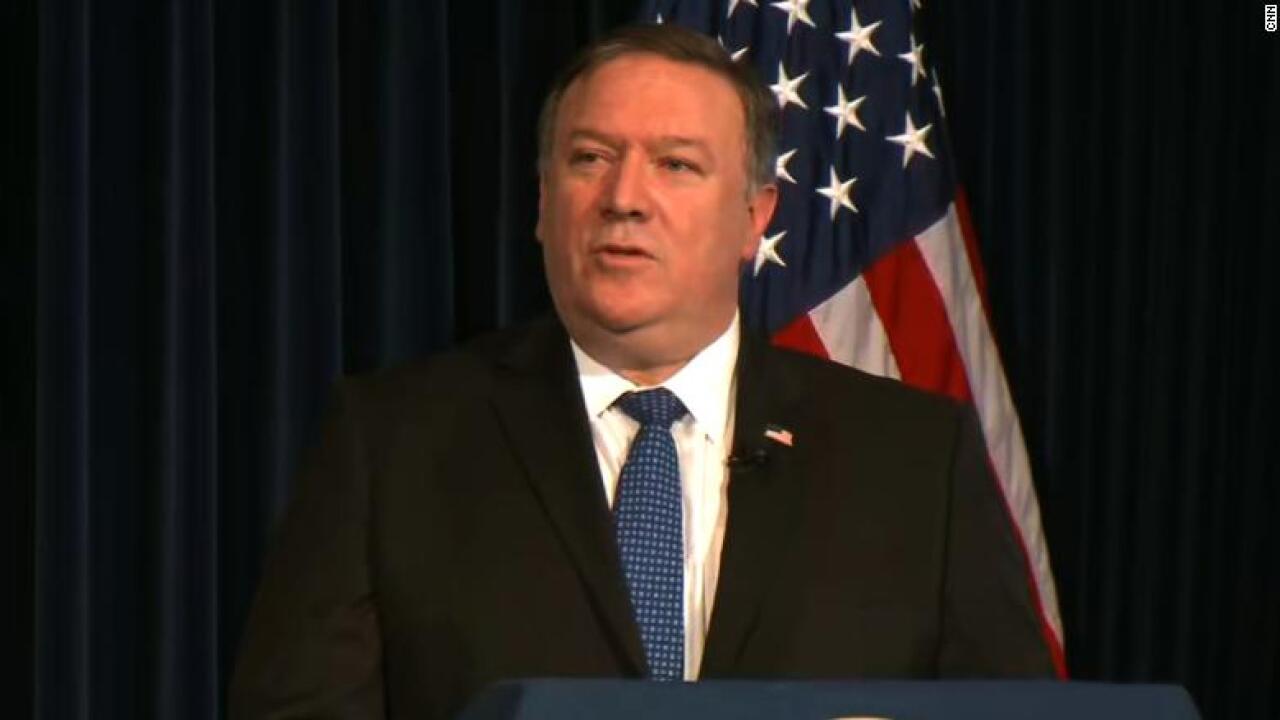 Rouhani also shared a message for Trump, saying “do not play with the lion’s tail, because you will regret it eternally.”

The particularly harsh language — even by Trump’s standards — in the President’s tweet surprised many Middle East watchers, including CNN military analyst Rick Francona.

“We’ve seen a lot of very bellicose words from Mr. Trump in the past, but this tweet … I think it takes it to a new level,” said Francona, a former US Air Force intelligence officer who worked in the Middle East and retired as a lieutenant colonel.

“This seems to be a little out of character and really a little alarming for many people,” Francona said. “This is really dangerous.”

Trump’s tweet came shortly after US Secretary of State Mike Pompeo delivered his own blistering speech on Iran’s leaders, accusing the clerics that rule the country of using the country’s revenue to line their own pockets and fund terrorism at the expense of average Iranians.

“To the regime, prosperity, security, and freedom for the Iranian people are acceptable casualties in the march to fulfill the Revolution,” Pompeo said Sunday night at the Ronald Reagan National Library in Simi Valley, California.

“The level of corruption and wealth among regime leaders shows that Iran is run by something that resembles the mafia more than a government.”

Among the most startling allegations leveled by Pompeo, who served as CIA director before becoming secretary of state, was that Iranian Supreme Leader Ali Khamenei has a personal hedge fund worth $95 billion.

Trump came into office vowing to take a hard line on Iran and scrap the Obama-negotiated nuclear deal of 2015, which he did in May.

The agreement, known as the Joint Comprehensive Plan of Action (JCPOA), saw Iran curtail its uranium enrichment capacity so that it could not develop nuclear weapons — and subject the program to stringent verification — in exchange for sanctions relief.

One of Trump’s many criticisms of the accord was that it did not do enough to limit Iran from its alleged funding of extremism groups throughout the Middle East.

The other signatories to the deal have vowed to stand by the deal.

Iran’s willingness to abide by the deal was largely driven by the benefits of sanctions relief. Washington is now gearing up to re-impose some of the punishing sanctions that brought Iran to the table in the first place.

“Right now the United States is undertaking a diplomatic and financial pressure campaign to cut off the funds that the regime uses to enrich itself and support death and destruction,” Pompeo said Sunday.

“We are asking every nation who is sick and tired of the Islamic Republic’s destructive behavior to join our pressure campaign.”

Trump’s tweet appears to take the rhetoric expressed by Pompeo a step further.

The tweet, which is likely to be construed as a threat of war among Tehran’s hardliners, has echoes of Trump’s “fire and fury” comments from last summer.

The now-infamous threat came as North Korea continued to test-fire ballistic missiles, including two that demonstrated a long enough range to potentially reach the United States.

“North Korea best not make any more threats to the United States. They will be met with fire and fury like the world has never seen,” Trump said at the time.

The heated rhetoric continued on both sides, but it did not boil over into military confrontation. Washington and Pyongyang are now attempting to negotiate a diplomatic solution to North Korea’s nuclear weapons program.

But Francona, the retired military intelligence officer, thought the “fire and fury” comments were not as heated as Trump’s Iran tweet.

“This seemed to just come out of nowhere, and I think I’m concerned about how fast this is developing,” he said.