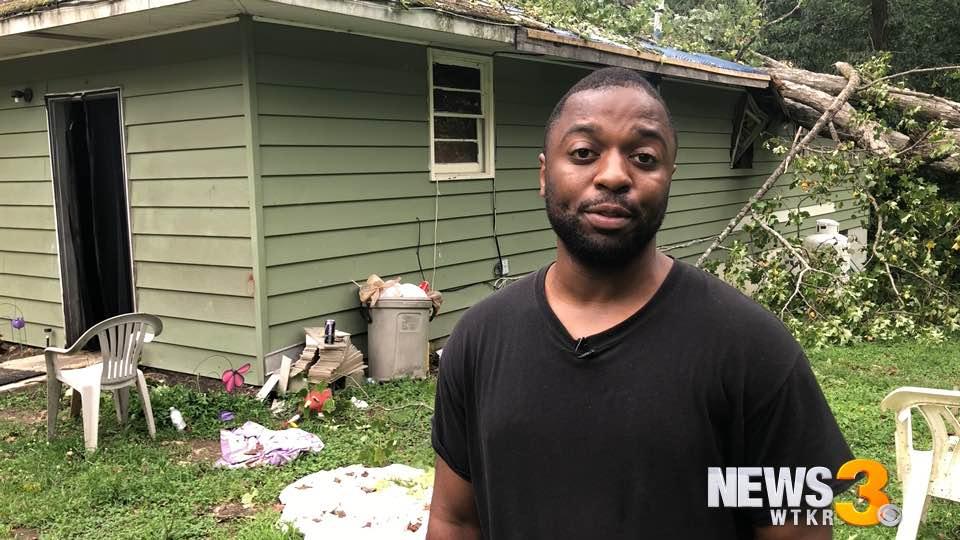 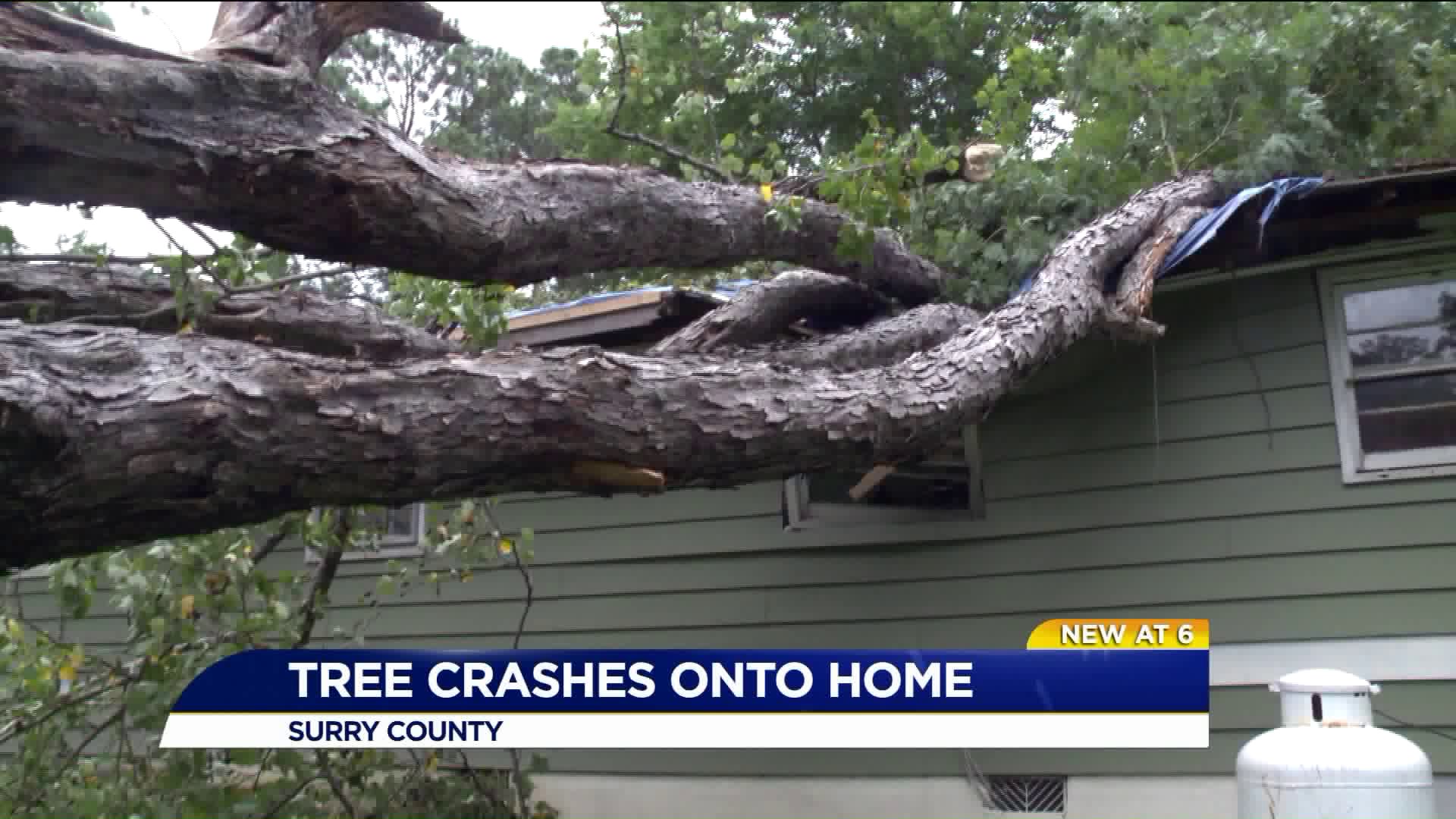 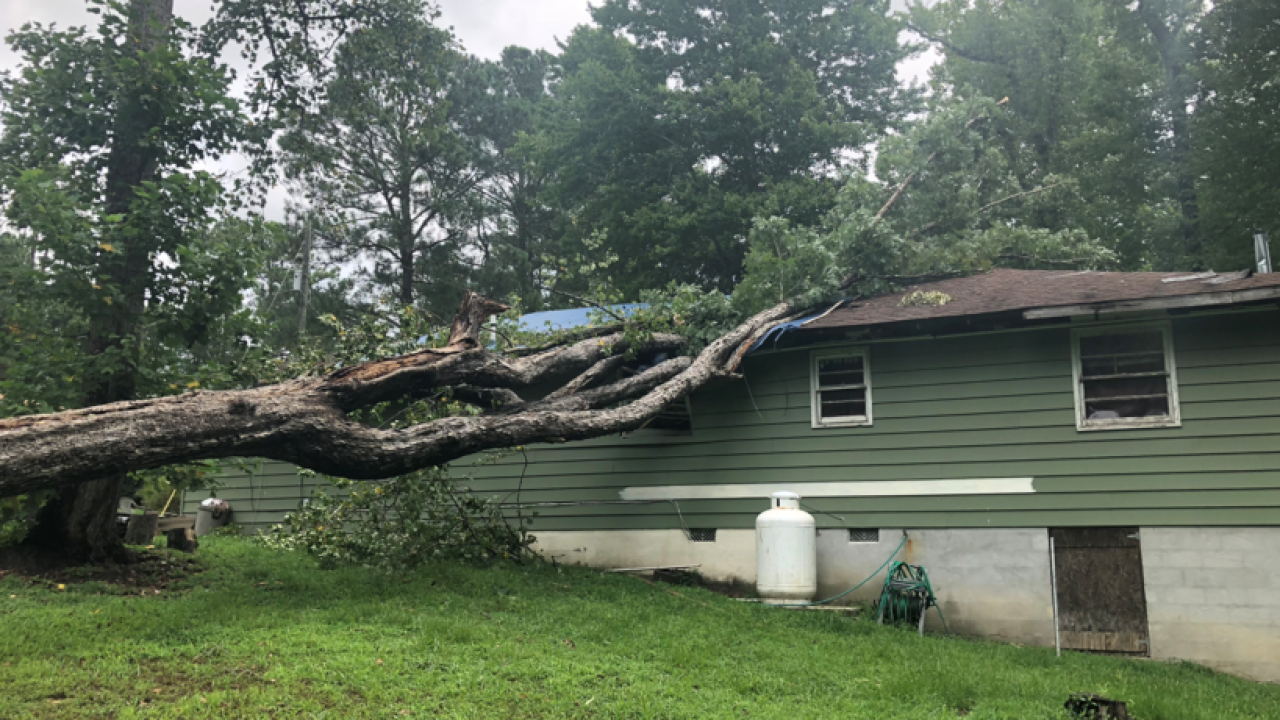 SURRY COUNTY, Va. - A family from Surry County said they are counting their blessings after a tree fell on their house while they were inside.

This all happened during the storms that blew through our area yesterday afternoon.

Little and his family were back out Monday afternoon looking at the devastation.

Sunday afternoon during the storm, a tree landed on the house.

The family is blaming this on the heavy rain and winds that hit Hampton Roads and the surrounding areas.

"We actually were outside at first because we were ready to leave and it picked up all of a sudden. We came back in the house and about five minutes later, big thunder, and the tree came down,” Little explained.

As the tree came down, Little, his fiancé and five kids rushed out of the home.

All were in awe and shock about what just happened.

“It pretty much didn't hit until we came back and reality set in. Everybody recovered pretty fast, keep our hopes high and our faith strong, we'll be just fine,” Little told us.

Thankfully no one was injured.

The family says they're being helped by the Red Cross right now, but they're not sure what's next.