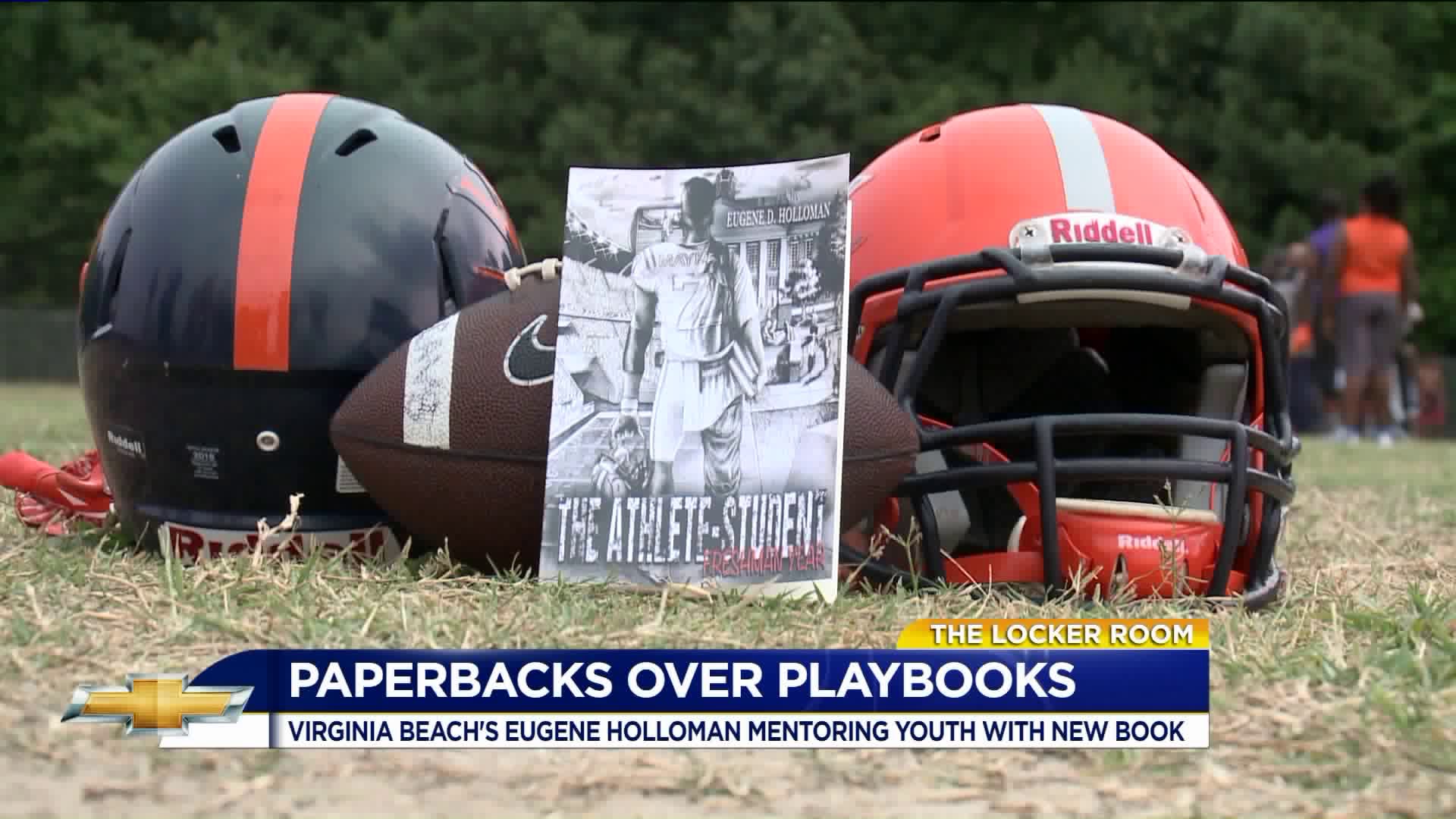 That's the case for Eugene Holloman. The same Bayside High field he made plays on, is the one he now uses to coach Virginia Beach's next wave of stars. "When there`s an opportunity for you to do the same thing, and give back. It was a no brainer," Holloman told News 3.

His decision to become a coach was easier than it was for him to find a school that wanted him as a player. He was talented, but his height - or lack thereof, would figure to be a tall task to overcome.

Holloman decided on the Dukes, and that decision paid dividends. Originally, the plan was to redshirt during his freshman year, but injuries tossed him into the fire.

He ended up flourishing. "They were selling my jerseys in book stores, I had a billboard in Harrisonburg, my picture was always in the newspaper, news reporters were always calling to talk to me.'

In 2006, Holloman rushed for more than 1,000 yards in 10 games, becoming an All-CAA player in the process. Just like his rushing touchdown totals, his confidence was high. "My ego just grew so much because everything happened so fast," Holloman said.

The following season, a knee injury limited him to just two games, and just like that, one surgery turned into two. Two surgeries turned into retirement.

"In my mind, I was one step from becoming an NFL Draft pick. Scouts were coming to see me practice, and I didn`t take school seriously. Because in my mind, I just had one more semester, and I was going to pave my way."

The route Eugene was set on taking, encountered an unexpected detour. But if it wasn't for that change in the route, he might not have discovered his new gift - writing.

"I asked one of my professors I said why am I getting these A`s on these long 20 page reports? Are you actually going through and reading it?" Holloman said.  "She said, I really enjoy your writing style. It`s easy to understand and it flows so smoothly. You have a gift, and that light bulb went off in my head.'

Eugene ended up turning in the playbook for paperbacks. He recently released his first fiction novel, titled The Athlete-Student: Freshman Year.

"I want to write about something that was deep in my heart. This story has been there. I just didn`t know I was qualified to do so."

Now he's handing out the gameplan to young students on & off the field, hoping to change lives, one chapter at a time.

"If I could show somebody or tell somebody my story, even through a fictional novel, and they can relate to it, and learn from it, then it was well worth it."

To find out more about Holloman's novel The Athlete-Student: Freshman Year, click here.