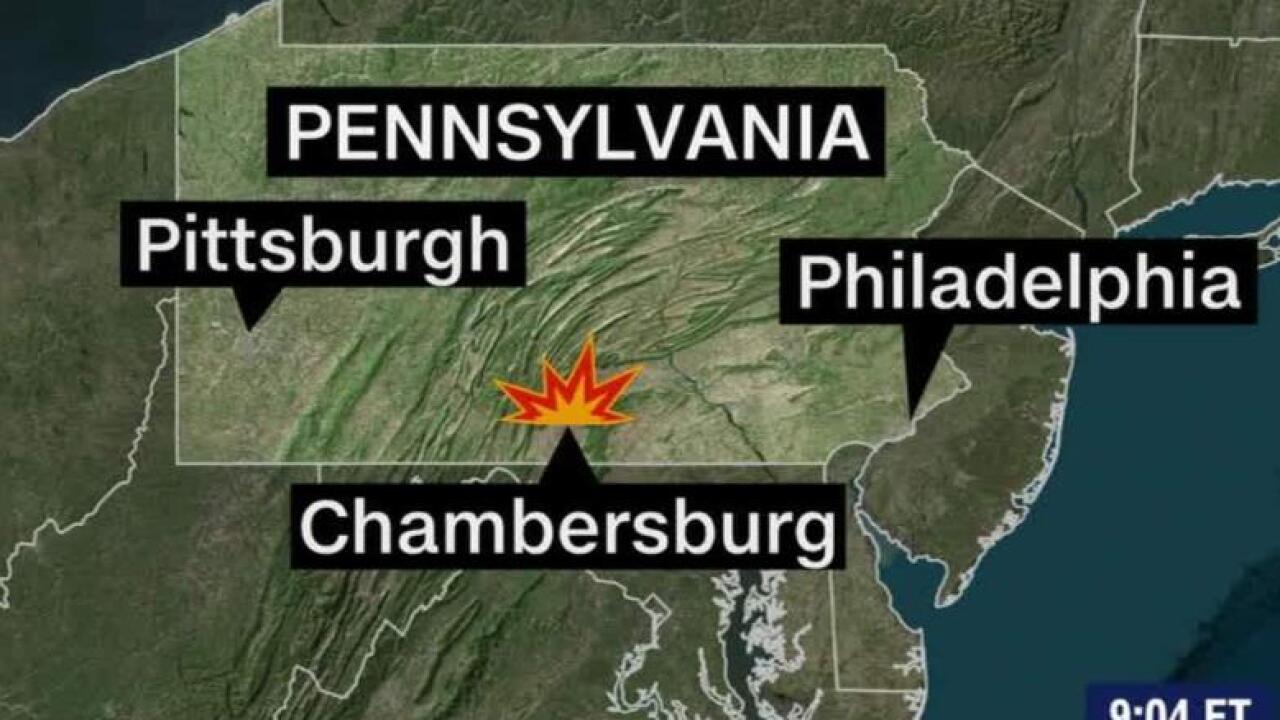 One of five people injured during an explosion and fire at Letterkenny Army Depot in southern Pennsylvania died Thursday evening, according to a spokeswoman for the US Army Aviation and Missile Command.

The employee’s identification was not released pending next of kin notification, spokeswoman Lisa Hunter said in a statement.

“The entire Letterkenny family is mourning this loss,” Col. Stephen Ledbetter, Letterkenny Army Depot’s commander, said in the statement. “We continue to keep his family in our hearts and prayers.”

The blast occurred Thursday morning in the paint shop of a large warehouse and sparked a fire, according to the depot’s Facebook page.

The warehouse had to be evacuated, emergency officials said.

The cause of the explosion is being investigated by the Occupational Safety and Health Administration, Letterkenny’s Safety and Engineering offices and the depot’s emergency and fire services, Hunter said.

At least three of the injured were airlifted to hospitals, according to the depot.

Most of the injured were burn victims, the Franklin County Fire Company said.

One person was treated for smoke inhalation and released Thursday, according to Hunter.

Letterkenny Army Depot is just outside Chambersburg, about 100 miles north of Washington.

The 18,000-acre base employs 3,600 civilians, contractors and military personnel.

It was selected in 1941 as an ordnance depot. Today, it provides support for US and allied air and missile defense forces.